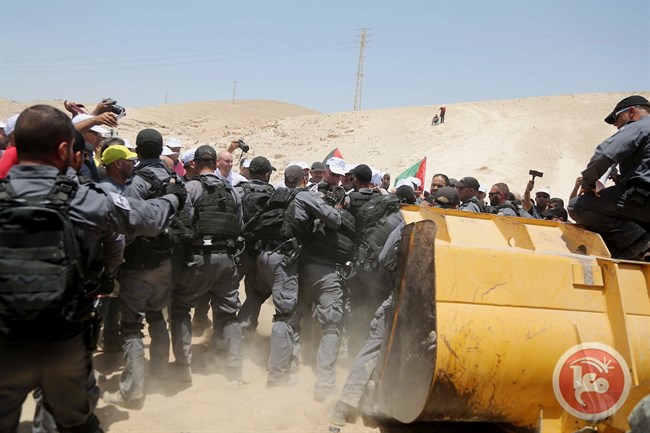 New York (Human Rights Watch) – Residents of Khan al-Ahmar thought they had found a way around Israel’s discriminatory building permit regime in Area C of the West Bank. Since a building permit is required only for concrete structures, they built their school, which serves 160 children from five villages, using clay and 2,200 old tires.

The plan didn’t work. The Israeli army has exclusive control over planning in Area C. It has allocated just one percent of that land for Palestinian buildings, and refuses the vast majority of Palestinian permit applications.

Khan al-Ahmar was no exception. Over the years, Israeli authorities issued demolition orders against the school and every other structure in this small village of 180 residents, just east of Jerusalem, on the grounds that they lacked permits. On September 5, Israel’s High Court rejected several appeals, and green-lighted demolition.

Israeli military planning documents do not recognize the community’s presence, and Israeli authorities have repeatedly confiscated its land, demolished its buildings, and expelled its Palestinian residents for building without permits.

This isn’t the community’s first displacement. In the early 1950s, Israeli forces evicted residents from the Tel Arad district of the Negev desert. The community fled to the West Bank and built a village in the current location. They registered as Palestine refugees with the United Nations.

In 1977, Israel established the settlement of Ma’ale Adumim, allocating it the land on which Khan al-Ahmar sits.

International law prohibits an occupying power from destroying property, including schools, unless “absolutely necessary” for “military operations.” Transferring civilians within an occupied territory, either by direct force or indirect coercion into a place not of their choosing, is a war crime under the International Criminal Court’s statute.

Israeli officials should know that the demolition and any resulting displacement of the population may subject them to criminal investigation.

Other states also have a duty to ensure that the Geneva Conventions are respected, and should make clear to Israeli officials that, if the demolition goes ahead, people implicated in any criminal acts could be investigated and prosecuted by domestic authorities outside of Israel where they have jurisdiction.