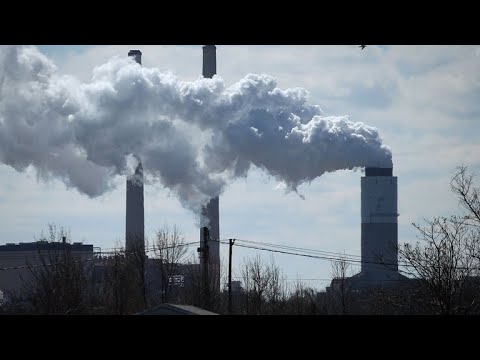 (Otherwords.org) – Shocking as this sounds, the U.S. government is — by its own admission — willing to murder up to 1,600 Americans a year to enrich a few coal billionaires. By Basav Sen | August 28, 2018

Nearly a century later, the government is again going to war in support of mine owners by deregulating coal-fired power plants. This time, the target of the war isn’t striking workers — it’s the public.

Casualties in this war are projected to be steep. By the government’s own estimate, up to 1,600 people a year are going to die from the additional soot and ozone pollution by 2030, thanks to its proposed rules.

They didn’t mention that in the press release or any of the fact sheets accompanying the proposed new rule. Instead, those estimates are buried in technical tables (on pages 169 through 171 of a 289-page document). But they’re there.

These deaths won’t be equally distributed, either. Consequences of ozone and soot pollution include asthma, and the disparities in who gets asthma — and who dies from it — are striking.

More than 11 percent of people in poor households have asthma, compared to under 8 percent of all Americans. Almost three times as many black people die of asthma as white people. And children are particularly acutely affected.

This doesn’t include the additional deaths from extreme heat or violent storms attributable to planet-warming emissions of carbon dioxide, which are projected to increase by up to 37 million tons a year compared to current regulations.

Yet the document proposing the deregulation mentions the phrase “climate change” only three times, and the press release and fact sheets don’t mention it at all. The estimates of increased carbon dioxide emissions are also hidden in a table (on page 142 in a 236-page document).

Shocking as this sounds, the U.S. government is — by its own admission — willing to murder up to 1,600 Americans a year, and still more Americans in other ways it doesn’t own up to. Since pollution crosses national borders, they will kill people outside the U.S. as well.

Why? The same reason as on Blair Mountain: to benefit the coal industry.

A combination of cheap natural gas, falling renewable prices, and state policies have battered the coal industry. Unable to compete, the industry has turned to the government for help.

Coal billionaires such as Robert Murray of Murray Energy and Joseph Craft of Alliance Resource Partners have bribed the president (or to sugarcoat reality, given him “campaign contributions“), handed memos with policy prescriptions to the president’s minions, and schmoozed with them at basketball games.

Unsurprisingly, one of the policy prescriptions from Murray was to deregulate emissions from coal-fired power plants. Trump and his team have obliged.

The government claims its motive is to help coal miners. Trump evidently loves photo-ops with them, so he went to West Virginia to promote his coal deregulation plan.

The propaganda doesn’t match with reality. While many in the audience were supportive, a sizable number weren’t buying it. “Will coal ever be what it was? Hell, no,” a maintenance worker named Charles Busby told E&E News. Busby’s father has black lung.

Indeed, black lung cases among U.S. coal miners have been growing since 2000, even as the industry tries to reduce its responsibility to miners suffering from the debilitating illness. Even after all those photo-ops with miners, Trump hasn’t gone to bat for them.

Trump and his cronies aren’t on the miners’ side — they’re on the side of their bosses. And the U.S. government is willing to kill its own citizens to enrich these billionaires.

This is class war. Unlike in 1921, it’s not being waged with machine guns and aircraft, but it’s just as deadly. Understanding this assault is key for us to organize and fight back.