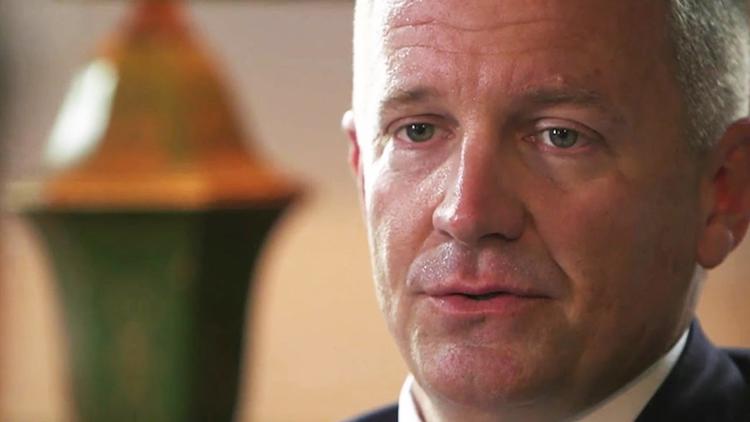 Trump, Secretary of State Mike Pompeo and now Florida Senator Mario Rubio this week attacked former Secretary of State John Kerry for meeting with Iranian Foreign Minister Javad Zarif this past winter and spring for conversations about ways of preserving the Iran nuclear deal (the Joint Comprehensive Plan of Action or JCPOA).

Former secretaries of state such as Henry Kissinger have often met with high officials of governments such as Russia and China, so Kerry’s activities are nothing out of the ordinary. Some have alleged that his meetings violated the Logan Act, which forbids US private citizens from meeting with foreigners to counter “measures” of the United States. But since the US signed the JCPOA, finding ways to preserve it is not countering a measure of the US, but rather is the opposite.

The sheer hypocrisy of the Republican establishment here is blatant. Here are some GOP contacts with foreign governments that actually did undermine measures of the US government:

Ronald Reagan secretly sold T.O.W. anti-tank weapons to Iran at a time when Iran was on the terrorist watch list. Kerry is trying to keep Iran away from a weapon. Reagan armed Iran.

While Obama was negotiating the Iran deal, Republicans in congress invited Israeli Prime Minister Binyamin Netanyahu, to address them and allowed him to attempt to undermine the JCPOA.

Rubio and other GOP figures corresponded with Iran in 2015 trying to scuttle the nuclear deal.

Donald Trump, Jr., Paul Manafort and other key Trump campaign officials met in Trump Tower in July of 2016 with Natalia Veselnitskaya, who had been described to them as a Russian government envoy, in hopes of getting damning emails of Hillary Clinton that had been hacked by the Russians. In return, Veselnitskaya wanted assurances that Magnitsky Act sanctions on Russian officials, including Vladimir Putin, be lifted.

In December of 2016, while Obama was still president, Crown Prince Mohamed Bin Zayed of the United Arab Emirates sneaked into the US without telling the Obama administration. He met with prominent members of the Trump team, including Jared Kushner, Mike Flynn, and Steve Bannon. Since Bin Zayed wanted to see the Iran deal destroyed, these officials really did conspire with a foreign power to stop a “measure” of the US government.

Jared Kushner and Michael Flynn also met with Russian officials in Trump Tower in January of 2016.

There was also a sketchy meeting in the Seychelles in January of 2017, at which Flynn and others, including Eric Prince, the brother of now Secretary of Education Betsy deVoss, attended. It was with a Russian banker close to Putin.

So the Republican Party has been conducting secret negotiations for decades in direct violation of US laws and against the interests of the United States, and the Trump administration is more guilty in this regard than any administration since Reagan. At least what Reagan did with Iran became a scandal. What Trump has done with Russia and the UAE barely registers.

The Young Turks: “Is This The Secret Russian Deal Trump Made?”