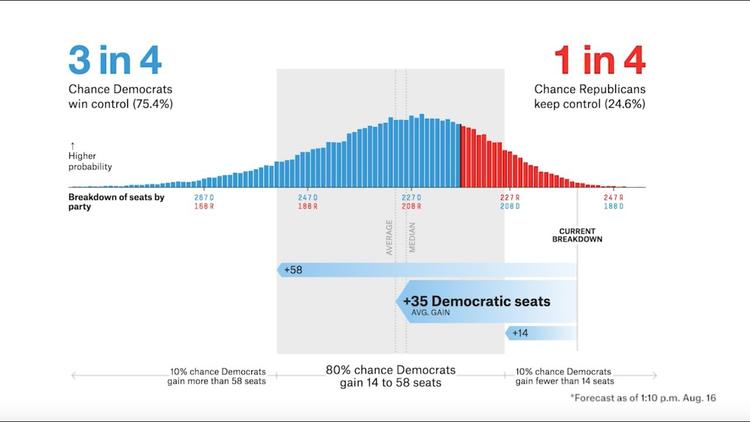 Ann Arbor (Informed Comment) – The country is in the midst of a constitutional crisis. Asked about its resolution, former Secretary of State John Kerry urged that the solution is to elect a Democratic Congress, and if possible, senate–the solution is for voters to vote.

It is true that US voter participation rates are extremely low, especially in midterms, and participation can run to only a little bit over a third of eligible voters. Thus, if more people would just vote, they might well be able to end the Republican dominance of all three branches of government.

The problem is not, however, merely one of low voter participation (which may well be bipartisan, so that lazy Democrats and Republicans cancel one another out).

The problem is gerrymandering. Rahm Emmanuel, who is no one’s fool when it comes to politics, has said that it took a couple decades for the Republicans artificially to engineer their majority, and that process would not be overturned over night.

Take Austin, Texas. In an ordinary political world that wasn’t corrupt, Austin would be represented in Washington, D. C. by a couple of Democratic representatives.

The Republicans in the Texas state legislature, however, used their dominance of the statehouse to cut Austin up into 6 congressional districts, attaching a rural hinterland to each so that the city slickers could be outvoted by more rural voters, who were disproportionately white. The minorities in Austin were particularly robbed by this crass piece of voter suppression. That this is so was one of the grounds for optimism that at long last the Supreme Court might invalidate the extreme gerrymandering. But if so, it won’t come soon enough to affect these midterms.

All around the country there has been similar gerrymandering, the bulk of it Republican rather than Democratic (some Democratic states have even put districting in the hands of nonpartisan commissions, as in California—which should be universal.)

So Mr. Kerry’s hopes that a blue wave will solve our constitutional crisis are not a sure thing. Nate Silver’s polling is showing a blue wave in the House, but the proof will be in the pudding.

The senate, where small conservative dinky little states can overrule 39 million Californians, is even less in play.

The long and the short of it is that even if Democratic voters dutifully come out in droves, so many voting districts have been gerrymandered to have a permanent Republican majority that there is no guarantee that we can produce a congressional democratic majority. That isn’t a counsel of despair. It is a warning that doing just a little bit more won’t do the trick. Everyone who is worried for our country has to pull out all the stops. The inertia is with Trump.

And if he keeps one or both houses of Congress, will the crisis become permanent?