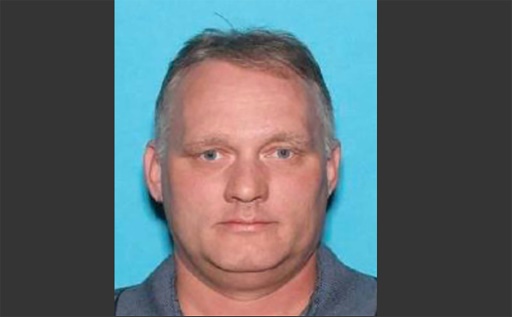 with Issam AHMED in Washington | –

Pittsburgh (AFP) – In the months leading up to Saturday’s massacre at a Pittsburgh synagogue, Robert Bowers used a little-known social network to spew hatred toward Jews, calling them the “Children of Satan” as he showed off his “family” of firearms.

The 46-year-old faces the death penalty after allegedly unleashing his guns on worshippers at the Tree of Life synagogue, killing 11 in the deadliest anti-Semitic attack in recent US history.

His online postings on Gab, a social network that bills itself as a champion of free speech, paint a picture of a white supremacist obsessed with far-right conspiracy theories about Jews, singling out a Jewish non-profit that provides aid to refugees as a target in a chilling message posted hours before his attack.

“HIAS likes to bring invaders in that kill our people. I can’t sit by and watch my people get slaughtered. Screw your optics, I’m going in,” he wrote.

HIAS is the acronym for the Hebrew Immigrant Aid Society.

His account has since been suspended but screenshots have been widely circulated by SITE, a US-based extremism monitor, as well as by other media outlets.

Other posts on the network referred to the caravan of Central American migrants making its way to the US as “invaders,” while he also accused Jews of being responsible for Muslim migration into the United States, writing: “Open you Eyes! It’s the filthy EVIL jews Bringing the Filthy EVIL Muslims into the Country!!”

But while both migrants and Muslims have been frequent targets of Donald Trump, Bowers was no fan of the US president, whom he derisively dismissed as a “globalist” and not a “nationalist.”

Using a slur for Jews, he said, “There is no #MAGA, as long as there is a k— infestation.” MAGA refers to Trump’s campaign slogan, Make America Great Again.

In another post before the shooting, he said he had not voted for Trump.

Bowers has been charged with 29 federal crimes and has made statements in custody “evincing an animus towards people of the Jewish faith,” according to a criminal complaint filed Saturday night.

“They’re committing genocide to my people. I just want to kill Jews,” he told a law enforcement officer, the complaint added.

Bowers lived in a low-income apartment complex in the Baldwin Borough suburb of Pittsburgh, less than half an hour’s drive south of the Tree of Life synagogue.

The building was raided by authorities Saturday night, forcing other residents to evacuate amid fears Bower’s unit may be rigged with explosives.

Chris Hall, a 28-year-old neighbor told AFP he felt “awful,” adding: “I didn’t know that type of caliber of person could be living right next door without any clue of what any motive he would have, and who could do something like this.”

According to former neighbors from when Bowers lived at a previous address, he had worked as a trucker, kept to himself, and would sometimes stay at home for days at a stretch.

Linda Lohr, a retired paralegal, told the Pittsburgh Post-Gazette she was shocked, saying that although he was quiet, he was also the kind of neighbor who would call to let her know if she left the garage door open.

Bowers has no known criminal record, according to the paper, but had on occasion had “contacts” with local police over non-criminal issues.

He was given a traffic citation in 2015 for operating a vehicle without registration plates, and was subject to a debt claim by Colonial Credit Corporation for $2,065 in 2005.

Licensed to carry firearms, he had bought at least six guns since 1996, according to an official CNN spoke with. He also professed his love for his “family” of Glock pistols in a post on Gab, where he outlined their technical characteristics.

Three Glocks were recovered from Bowers after his attack, as well as an AR-15 semi-automatic rifle favored in other recent mass shootings in the US.

Bowers remained hospitalized Sunday, after suffering multiple injuries during a shootout with police. Officials said he had been operated on, and was in a stable condition.

“I’m in shock. I can’t believe that happened,” said Terry Choate, a retired government contractor who told the Post-Gazette he knew Bowers for nearly the suspect’s entire life. “I can’t believe he did that. I’d like to know what set him off.”

Featured Photo: -/AFP / – His online postings on Gab, a social network that bills itself as a champion of free speech, paint a picture of a white supremacist obsessed with far-right conspiracy theories about Jews.