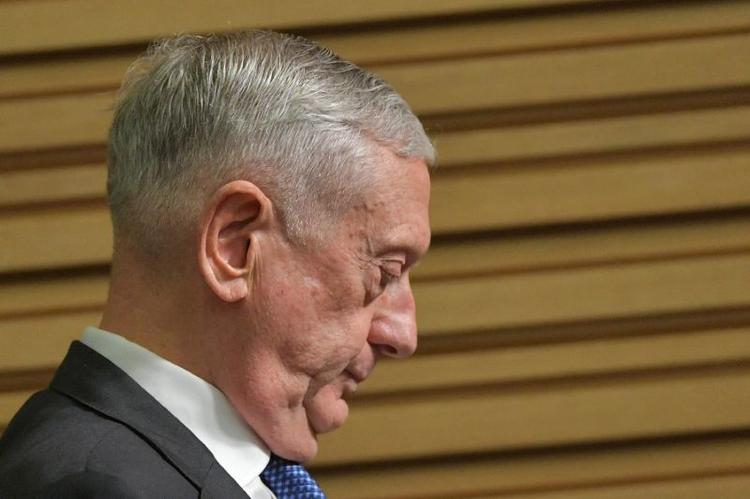 Washington (AFP) – US President Donald Trump said in an interview airing Sunday that Defense Secretary Jim Mattis “could be” leaving, referring to him as “sort of a Democrat.”

Mattis, seen as one of the steadiest but also more independent members of Trump’s cabinet, has served as a low-profile counterweight to the president in his often abrasive treatment of US allies.

In an interview to be aired Sunday on CBS’s “60 Minutes,” Trump was asked whether he wanted Mattis to leave.

“It could be that he is. I think he’s sort of a Democrat, if you want to know the truth,” Trump said, according to an excerpt released by CBS. “But General Mattis is a good guy. We get along very well. He may leave. I mean, at some point, everybody leaves.”

Trump said he had lunch with Mattis two days earlier and the retired Marine four-star general had not told him that he was leaving.

Rumors that Mattis’s days as defense chief are numbered have circulated since a book by journalist Bob Woodward about Trump’s chaotic White House said the general had questioned Trump’s judgment, likening his understanding to that of a 10- or 11-year-old child.

Trump’s comments come as he eyes another cabinet shakeup.

Last week, his ambassador to the United Nations, Nikki Haley, announced her resignation, effective at the end of the year.

She gave no reason for the surprise move, but observers have noted that the ascension of John Bolton as national security adviser and Mike Pompeo as secretary of state have shifted the power dynamics on Trump’s national security team.

– Generals on the outs –

The generals who once dominated security policy increasingly have appeared to be on the outs with Trump.

Lieutenant General HR McMaster was replaced by Bolton in April, while John Kelly, the White House chief of staff and also a retired four-star general, is reported to have lost influence with the mercurial president.

Mattis has been careful to avoid public conflict with Trump, but has nonetheless performed in ways that contrast sharply with his boss, emphatically defending the US commitment to its NATO allies and calling out Russia.

Earlier this month, as NATO announced its biggest military exercises since the Cold War, Mattis reassured allies of America’s “iron-clad” commitment to the 69-year-old alliance.

The US, he told reporters in Paris, is “keenly aware of the dangers close to your home.”

While Bolton and Pompeo also have taken a hard line on Russia, Trump has often expressed a desire for better relations with Russia’s President Vladimir Putin. He used a NATO summit in July to berate allies as “delinquent” on defense spending.

In the “60 Minutes” interview, Trump alluded to upcoming changes in his cabinet.

“I’m changing things around. And I’m entitled to. I have people now on standby that will be phenomenal. They’ll come into the administration, they’ll be phenomenal,” Trump said.