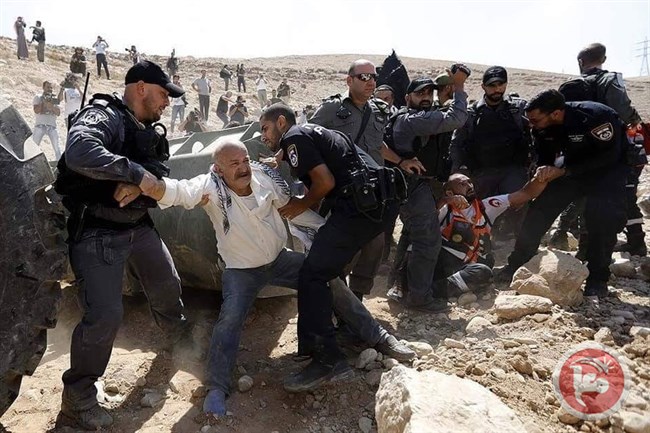 BETHLEHEM (Ma’an) — The Prosecutor of the International Criminal Court (ICC), Fatou Bensouda, warned, on Wednesday, that transfer of population in an occupied territory constitute war crime.

Bensouda said in a statement regarding the situation in Palestine “I have been following with concern the planned eviction of the Bedouin community of Khan al-Ahmar, in the West Bank. Evacuation by force now appears imminent, and with it the prospects for further escalation and violence.”

“It bears recalling, as a general matter, that extensive destruction of property without military necessity and population transfers in an occupied territory constitute war crimes under the Rome Statute.”

Bensouda said she was also alarmed by the continued violence at the Gaza border with Israel, revealed that the situation in the occupied Palestinian territories remains under preliminary examination by her office.

She concluded “I continue to keep a close eye on the developments on the ground and will not hesitate to take any appropriate action, within the confines of the independent and impartial exercise of my mandate under the Rome Statute, with full respect for the principle of complementarily.”

The Israeli High Court had approved the demolition of the Khan al-Ahmar village, east of Jerusalem, which would displace 181 residents, half of whom are children, as part of an Israeli settlement expansion plan.

The Palestinian Ministry of Foreign Affairs pointed out that the approved demolition comes under “the Israeli plan of Judaization in the eastern area of occupied Jerusalem and the area of Jordan Valley, through the creation of a network of large settlement streets towards occupied Jerusalem, to eliminated the possibility of geographical communication between parts of the occupied West Bank, and ultimately alter the establishment of a Palestinian state geographically interconnected with Jerusalem as its capital.”