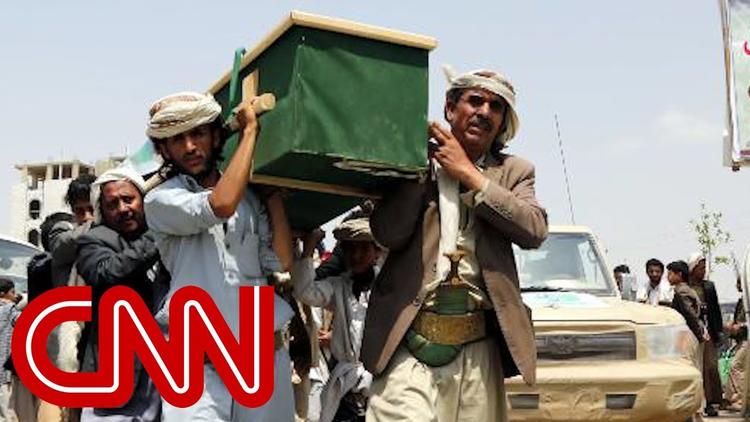 Yemen is a country of some 29 million persons, but over a third of them are at risk of starvation if Saudi and UAE bombing campaigns continue. Lise Grand, the United Nations coordinator for Yemen, has warned that the world has only 3 months to halt the slide toward catastrophe.

She seems to think that an immediate armistice must be called in the war to avoid this dire outcome. The Trump administration provides logistical and other help to the Saudi and UAE belligerents, and so the United States is embroiled in any human rights disaster there.

The Zaydi Shiite Houthi militia took control of the most populous parts of Yemen in 2014. Although the Zaydis are closer to Sunnism than other Shiites (such as the Twelvers of Iraq and Iran), the Wahhabis of Saudi Arabia hate them with a passion and have been trying for three decades to convert them to Wahhabism with their oil wealth. The Houthi revivalist movement arose in part as a reaction against that Wahhabi missionary drive and search for Saudi hegemony in Yemen.

The Saudis accuse the Houthis of being puppets of Iran, but that is a vast exaggeration. They are a largely indigenous movement.

By 2015 Mohammad Bin Salman, the defense minister and now crown prince, had ordered a massive air war. While Yemeni and a small number of Gulf troops were able to push the Houthis back out of the Sunni seaport of Aden, the United Arab Emirates and Saudis have had difficulty defeating them in the north where they are embedded among the some 10 million Zaydis along with more millions of Sunni allies or subjects.

Saudi Arabia, the UAE and the North Atlantic powers are backing Abd Rabbo Mansour Hadi, who became president in a referendum in early 2012 after his predecessor, longtime dictator Ali Abdullah Saleh, was removed by the Arab Spring youth revolt.

But Mansour Hadi’s rump legitimist government has been riddled with corruption and inefficiency. Mansour Hadi just fired the premier and turned him over for investigation, apparently on charges of corruption. That isn’t a leader who will bring those ruled by Houthis over to himself.

The war has so far taken at least 10,000 lives, and has displaced millions and left most of the country food insecure (i.e. not yet starving but one paycheck away from it).

One way for Riyadh and Abu Dhabi finally to finish off their enemy and establish Sunni dominance throughout Yemen would be to cut landlocked Sana’a, the capital, off from its access to the northwestern seaport of Hudeida.

It is the bombing campaign and movement of some infantry toward Hudeida that has the United Nations worried. Cutting off Sana’a, the country’s capital, from military resupply is one thing. But there is danger of the Zaydis of the north in general being blockaded.

Not to mention that just the campaign to take Hudeida could leave thousands dead in and of itself.

BBC: “Yemen on brink of ‘worst famine in 100 years’ The United Nations is warning that 13 million people in Yemen are facing starvation.