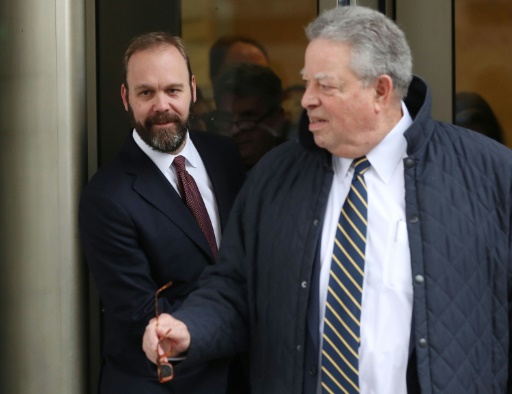 The Times said there was no evidence that the Trump campaign followed through on the proposals to use social media manipulation and intelligence gathering.

Citing interviews and copies of the proposals, the Times said the effort by Rick Gates seemed unrelated to an effort Russia was then escalating to interfere in the US election.

US Special Counsel Robert Mueller is investigating those Russian efforts, as well as possible collusion between Trump’s campaign and Moscow.

Trump has repeatedly denied there was any collusion.

Gates is Trump’s former deputy campaign chief, and among more than 30 individuals — including other ex-administration officials — indicted by Mueller.

The Times reported that Gates sought a proposal to use bogus personas to target and sway delegates to the 2016 Republican National Convention by attacking Senator Ted Cruz, Trump’s main opponent at the time.

Another proposal described opposition research and “complementary intelligence activities” about Clinton, according to the report.

A third proposal by the company Psy-Group, staffed by former Israeli intelligence operatives, outlined a plan to help Trump using social media to reinforce divisions among rivals, the report said.

Mueller’s team has obtained copies of the proposals and questioned Psy-Group, the Times said, adding it was unclear whether the proposals would have violated laws governing foreign involvement in US elections.

In February, Gates pledged to cooperate with Mueller as he pleaded guilty to defrauding the United States by failing to report offshore banking accounts, as well as to one count of lying over his work as a foreign agent for Ukraine.

That same month, Mueller indicted 13 Russians and three companies in connection with a wide-ranging, multimillion-dollar enterprise to interfere with and “sow discord” in the American political system using social media.

Twelve Russian intelligence officers were then indicted in July over large-scale cyber operations to interfere in the election by hacking Hillary Clinton’s 2016 presidential campaign and the Democratic Party.