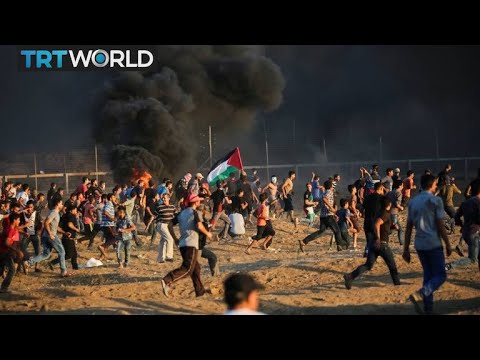 GAZA CITY (Ma’an) — The General Federation of Palestinian Labor Unions reported, on Thursday, that the unemployment rate in the besieged Gaza Strip has doubled since Israel imposed a land, sea and air blockade 12 years ago.

The federation said, in a statement, that while the unemployment rate had reached 27.2% before the blockade, it has now reached 50%, including 283,000 workers considered unemployed in 2018.

The statement added that the poverty rate has reached 80%, indicating critical deterioration in the standard of living and economic performance in the Gaza Strip.

The federation urged immediate solutions to the high unemployment rate among Palestinian workers in the besieged enclave, which would only be possible by ending the Israeli blockade, therefore reviving the economy and opening the borders to facilitate the movement Palestinians in the Gaza Strip.

The United Nations Special Coordinator for the Middle East Peace Process, Nikolay Mladenov, had said in a statement in August that the Gaza Strip is “on the verge of total collapse,” pointing out that half of Gaza’s population suffers from unemployment.