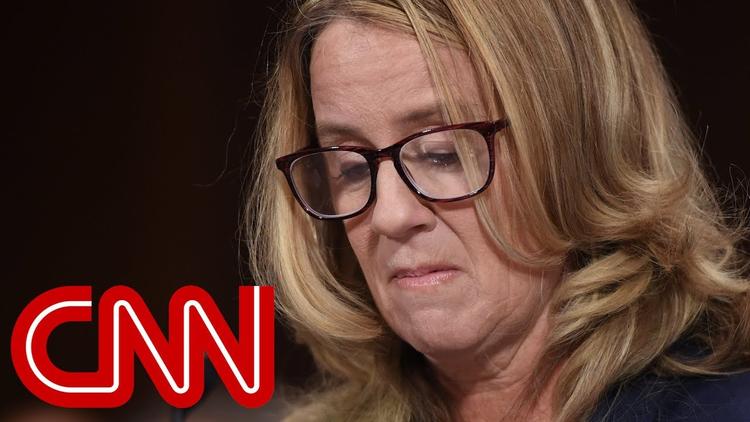 Like many others, I was struck by the restraint and professionalism of Dr. Christine Blasey Ford as she told her wrenching story last week. Her composure reflected the calmness of Dr. Anita Hill, another alleged victim of a Supreme Court nominee. The contrast between Ford’s conciliatory manner and Brett Kavanaugh’s aggressive demeanor also struck me because she would have lost her credibility if she had shown anger like he did.

Seeing the livid faces of Kavanaugh and his defender Senator Lindsay Graham, I had to wonder about their visceral anger toward Ford that seemed to go beyond their accusations of political motive. Both men are highly religious. Perhaps the Judeo-Christian tradition of denouncing women who were allegedly raped, from Potiphar’s wife making a false accusation to the stoning of victims (Deuteronomy 22), had an unconscious influence on their attitudes.

Besides religious attitudes, other factors may affect the negative attitudes toward alleged rape victims. Considering the social reactions in other countries may increase our understanding of this issue. First, the ancient concept of women as property continues in some cultures—thus, rape victims are “damaged goods.” The mass rapes during the Bosnian conflict, for example, resulted in many husbands of the victims rejecting their wives as being tainted. In Pakistan and other patriarchal countries, some villages stone the rape victims for being prostitutes.

One Tanzanian study of rape victims reinforces the “damaged goods” theme, including the report that these women were often told that they would never enjoy sex again or have a baby. Such well-meaning but misguided advice must be devastating to hear. Another finding from this study is that the higher status of the victim, the more positive social reactions she received. Not surprisingly, commercial sex workers have the least credibility when reporting a rape.

The second aspect of these social reactions is that “good” rape victims must show the right emotions to be taken seriously. In one Swedish study, the researchers describe a 14-year-old girl who did not act traumatized after being raped. She even went to school the next day as if nothing had happened. Her community turned against her because of EVE (emotional victim effect).

Of course, EVE has gender dimensions. Male victims are expected to show anger but women are only allowed to show gentler emotions such as fear and sadness. Angry women are simply not credible. At the beginning of her testimony, Ford had stated “I am terrified” but did not show any anger or even impatience during the questioning. On an unconscious level, then, she could have been trying to appear as a “good” rape victim.

British researchers who studied three mock juries confirm the importance of the emotional victim effect regarding rape victims. The jurors did not believe the victims if they did not show any distress on the stand because calmness meant a lack of sincerity. However, some jurors also considered a woman crying during her testimony to be faking it.

Related to the “good” rape victim concept is the third point about social attitudes, that only bad girls get raped. This conviction is associated with the belief in a just world, which was analyzed in a Turkish study of men’s attitudes toward rape victims. The more that these men believed that bad things only happen to bad people (i.e., that the world is just), the less likely they were to believe a victim.

In this context, Ford has shown remarkable courage after being called “mixed up” and other negative social reactions. Centuries-old religious beliefs regarding rape may be influencing the attitudes of those who do not respect her. Moreover, the ancient motif of “damaged goods” motif appears once again whenever a female is slut-shamed for attending a party where she was attacked. A “good” victim also must show some emotions to be taken seriously, but certainly not any anger. Somehow, Ford had navigated this maze of social reactions. By acting as strong as Ford, we can create a better society that promotes justice instead of denying the victims’ stories.

CNN: “Blasey Ford: Kavanaugh was having fun at my expense”