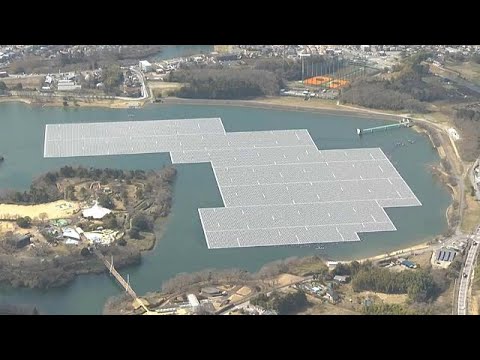 I love Japan, but I have to say its government has dragged its feet on renewable energy. But there are signs of a big turnaround on the issue in the world’s third largest economy, which would be huge. Despite worries about the impact of planned phasing out of solar subsidies, there are lots of good signs on the horizon. One is Tokyo’s plans to mount the very first Net Carbon Zero Olympics in 2020!

Japan will add 17 gigawatts of solar power over the next two years according to a report of Fitch Solutions, Joshua S. Hill explains.

Japan went from having 13.6 GW of installed solar capacity in late 2013 to having 48.6 GW by the end of 2017, which is one of the more impressive expansions of the industry in the world in that period. Japan lost a great deal of its nuclear electricity generation capacity with the 2011 Fukushima tsunami disaster, which knocked a complex of six major reactors out and led to the closure of many others as a precaution. Tokyo had to scramble to replace that nuclear generation capacity with natural gas imports, which was expensive, and they worry about the security of the Gulf, where Qatar is the major gas exporter. So the government put in generous subsidies for solar, which, however, proved expensive to the government. It is now scaling back those incentives, which is expected to slow the growth of solar after 2020. On the other hand, the rapid drop in the price of solar power generation and improvements in panel efficiency and better batteries could well offset the lapse in government incentives.

In the light of the recent IPCC report on fending off the worst effects of the climate emergency, Japan is estimated to need 250 gigawatts of solar by 2025, which would require it to nearly quadruple its 2020 capacity in five years. That isn’t likely to happen without a huge government push or a significant technological and price breakthrough.

Japan’s use of solar is nevertheless becoming more sophisticated. It recently proved able to transfer 1.12 gigawatts in excess solar-generated electricity from the island of Kyushu to the main island of Honshu.

Japan’s technological and infrastructural powerhouses seem to be warming to solar after decades of concentration on nuclear energy and coal. TEPCO has innovative plans to try to link home and car batteries throughout Japan via the internet of things so as to create a single Virtual Power Plant (VPP). It would allow the company to feed in electricity from the stored energy in the batteries at night or at other times when solar generation fell off (Japan is fairly cloudy).

The Japanese energy conglomerate Marubeni is dumping coal, of which it had been a major proponent, and is upping renewables to as much as 20% of its portfolio. It is putting in a 1.1 gigawatt solar installation.

Japan’s large and sophisticated network of scientists and engineers are beginning to turn their talents to creating more efficient solar panels. Researchers at Kobo University have teamed up with Imperial College London’s joint London Centre for Nanotechnology and Oxford to investigate new methods of molecular patterning to increase panel efficiency. Most panels are only 18% to 22% efficient, so that solar energy could be four times cheaper and four times more powerful with some breakthroughs. Some solar bids are now as low as 3 cents per kilowatt hour (Chile, Dubai), whereas coal costs 5 cents a kilowatt hour, if solar fell to less than a cent a kilowatt hour it would blow all other generation technologies out of the water and you’d have a revolution in only a decade. Up until recently, solar panel innovations have been the province of the US, Britain and China (indeed, solar energy has been one of the bright spots in Chinese innovation). The lack of enthusiasm for solar in the giant Ministry of Economy, Trade and Industry (METI), which I experienced first hand during energy consultations in Tokyo, is now changing.

Japan puts out about 1.3 billion metric tons of carbon dioxide annually, but the amount has been falling annually for the past few years. It is the world’s fifth largest CO2 emitter, and only plans to cut emissions by 25% from 2013 levels by 2030, which practically speaking is almost no cut at all. They’d still be putting out a billion metric tons a year into the 2030s, which the IPCC report just informed us is a path to climate disasters. Japan is especially vulnerable to sea level rise, increasingly powerful typhoons, and increased temperatures in its already sweltering summers, so you’d hope its elites (who are indistinguishable on this issue from American Republican Party officials) would wake up before it is too late. Japan gave us the parable of Godzilla, the monster who rises from the oceans, and the true horror film would be for Godzilla to actually be the Pacific Ocean itself.