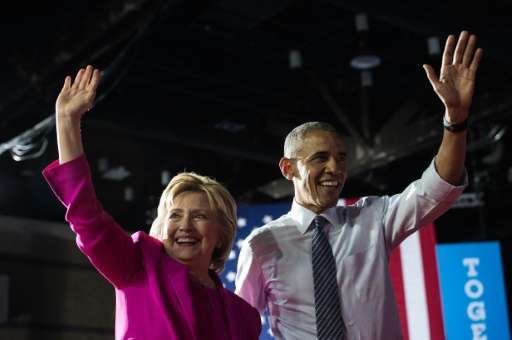 by Jennie MATTHEW, with Saul Loeb in Mosinee

New York (AFP) – Pipe bombs were sent Wednesday to Barack Obama, top Democrats and CNN, hate figures for Donald Trump supporters, while the US president tempered calls for unity by attacking the media for its “endless hostility.”

Democrat and Trump foe Hillary Clinton was one of those targeted, as political opponents accused the Republican president of sowing violence just days before a bitterly divided America votes November 6 in elections.

CNN is known for its robust coverage of the Trump administration and has constantly provoked the ire of the president, who succeeded Obama and defeated Clinton in 2016.

The spree of bomb alerts began Monday with a device at the New York home of billionaire liberal donor George Soros. “So far the devices have been what appear to be pipe bombs,” said FBI agent Bryan Paarmann.

“Whether it’s one person or a network, not really sure at this point,” New York police chief James O’Neill told CNN, saying he expected those responsible to be identified and arrested within the next few days.

Waters was sent three packages, according to the FBI. 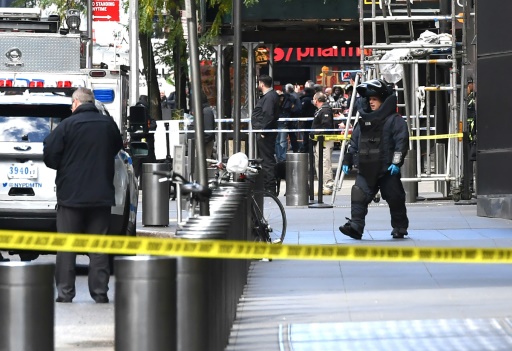 They were sent in manila envelopes with bubble wrap, marked with computer-printed address labels. Each listed Debbie Wasserman Schultz, former chairwoman of the Democratic National Committee, as the sender.

From the White House, Trump initially appealed for unity, saying “acts of political violence” have “no place in the United States.”

“Those engaged in the political arena must stop treating political opponents as being morally defective,” he later told a campaign rally in Wisconsin, before switching his criticism back to the media.

“The media also has a responsibility to set a civil tone and stop the endless hostility and constant negative, and often times false attacks and stories,” he added. “They’ve got to stop.”

#MAGABomber trended as users flooded Twitter with accusations that Trump had incited the attempted attacks and highlighting the toxic remarks he has leveled against the targets in the past.

Liberal and left-wing critics accuse his rhetoric-laden “Make America Great Again” presidency of emboldening right-wing extremists. He has endorsed the body-slamming of a reporter and denounces critical press.

“There is a total and complete lack of understanding at the White House about the seriousness of their continued attacks on the media,” said CNN president Jeff Zucker.

“Words matter. Thus far, they have shown no comprehension of that.” 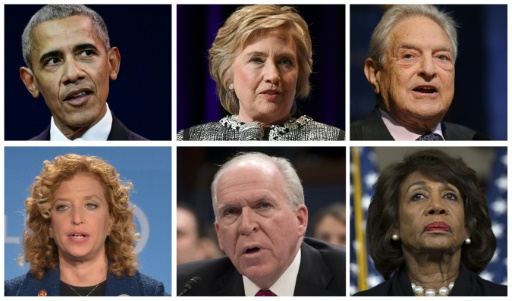 CNN evacuated its New York bureau after the pipe bomb was found in the mailroom together with an envelope containing white powder. A bomb squad secured the device, police said.

The packaging was addressed care of CNN to former CIA director John Brennan, who has appeared on the channel as a guest and is perhaps Trump’s toughest critic from the national security community.

There has been no claim of responsibility and no one was yet known to have been arrested.

“It’s a time of deep divisions, and we have to do everything we can to bring our country together,” said Clinton, who has remained an outspoken political force despite her stunning loss to Trump in 2016. 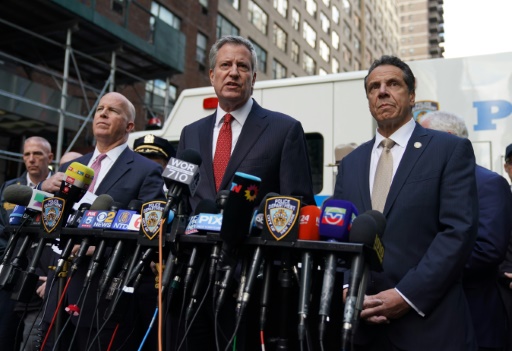 In New York, Mayor Bill de Blasio condemned “an effort to terrorize” saying an “atmosphere of hatred is contributing to the choices people are making.”

The Secret Service said the packages were “identified during routine mail screening procedures” and that neither Clinton or Obama were ever at risk of receiving them.

Republican lawmakers followed the White House in issuing condemnations, just over a year after a shooter angry about Trump shot four people at a congressional baseball practice near Washington.

“Violence and terror have no place in our politics or anywhere else,” tweeted senior Republican lawmaker Steve Scalise, who was seriously injured at the baseball practice in June 2017.

Soros, the target of the first device, has long been a hate figure for right-wing groups and lives in Bedford, New York, not far from the Clintons.

The 88-year-old is one of the world’s richest men and supported Clinton in 2016. He has been accused by nationalists of sponsoring protests and seeking to push a liberal, multicultural agenda.

Trump has accused Soros of paying demonstrators opposed to Brett Kavanaugh, whose nomination to the Supreme Court was almost derailed after he was accused of attempted rape as a teenager.