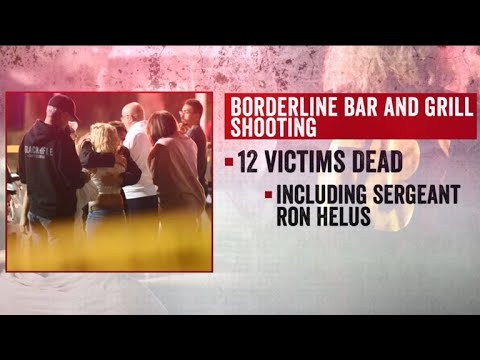 The mass shooting in a bar in California that left 12 dead was carried out by a Vet, making it doubly tragic. The United States has never dealt with the trauma it has inflicted on a whole generation of young people by sending them to fight a fruitless and illegal war in Iraq and by failing quickly to end the US occupation of Afghanistan after the Taliban were defeated. Suicide rates among returnees are alarmingly high, and this mass shooting was a form of suicide writ large. More psychological help is needed for our Vets.

The far right initially tried to blame an immigrant, but that dog won’t hunt. The Las Vegas shooter, whom the US press has buried long ago, was not an immigrant. And, Britain has a lot of immigrants, too, but it has almost no gun murders.

You’ll note you don’t hear about mass shootings in Australia, Japan or for the most part the United Kingdom, or other civilized countries whose politicians have not been bought by 10 major gun manufacturers.

It has gotten to the point where the increasing epidemic of mass shootings now threatens law enforcement (as in California on Wednesday and recently at the Tree of Life Synagogue).

In 2016-17 (the twelve months beginning in March), there were 32 fatalities from gun-related crimes in England and Wales (equivalent to 160 because Great Britain 1/5 the size of the US). (The murder rate was up in Britain because an apartment owner was charged with negligent homicide and suffocation when his building went up in smoke and killed over 80 residents; ‘firearms offenses’ were also up in London but few of these went so far as murder).

Percentage of all Murders that were committed by firearms in 2017 in US: 89%

CBS News: “New details on the California bar shooter and the victims”