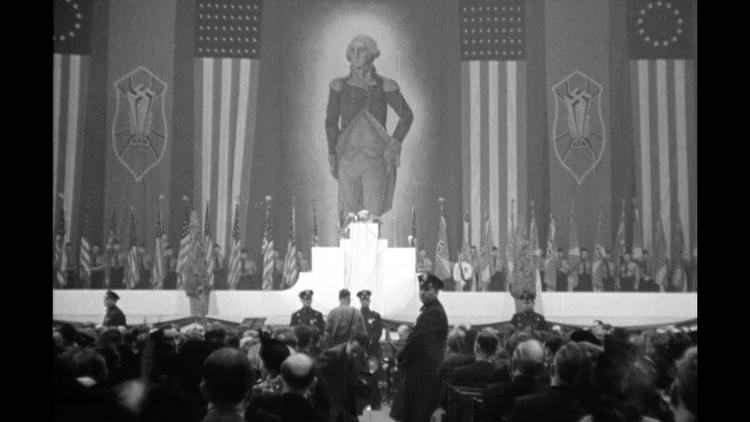 (The Conversation) – Hours after Robert Bowers allegedly walked into a Pittsburgh synagogue and killed 11 people, investigators told the media that Bowers appeared to have acted alone and fit what experts call the “lone mass shooter profile.”

Weeks later, FBI agents arrested a Washington D.C. man who followed Bowers on social media. He had told relatives he wanted to pursue the same path and start “a race revolution.”

Bowers may well have lived a solitary life, beyond his frequent presence on social media. Yet the fact that his violent act triggered a would-be emulator highlights an essential facet of prejudice – especially anti-Semitism.

This aspect of history is rarely found in textbooks. Yet it is critical to understand the continuing influence that homegrown, modern American anti-Semitism has had on the country’s history and continues to exert today.

Some forms of American anti-Semitism have been examined and confronted. Many existed at the local level and had a major impact on Jewish communities all over the U.S.

For decades, restrictive covenants in home deeds forbade Jews from buying homes in certain neighborhoods. Some country clubs excluded Jews from membership or even playing their courses as guests. Some Ivy League universities set quotas limiting the number of Jewish students they would admit.

These forms of personal, localized discrimination date back to the earliest days of the American Republic and persisted until relatively recently. Their decline can largely be traced to the passage and enforcement of anti-discrimination laws such as the Civil Rights Act of 1964 and the Fair Housing Act of 1968.

Other forms of anti-Semitism, however, have not disappeared as rapidly or completely. This is where the dark American history of organized anti-Semitism has particular relevance to the present day.

A good starting point for understanding this past can be found in Donald S. Strong’s 1941 book “Organized Anti-Semitism in America: The Rise of Group Prejudice During the Decade 1930-40.”

Strong demonstrated that both anti-Semitic sentiment and the number of explicitly anti-Semitic groups increased rapidly during the Depression. Organized anti-Semitism, Strong argued, appeared in the U.S. only after World War I. Previous forms of the prejudice, he claimed, “had expressed itself primarily in terms of social discrimination” rather than through the creation of specifically anti-Semitic groups.

In other words, organized anti-Semitism in the United States was a purely 20th-century phenomenon. Strong claimed that between 1933 and 1941, a dozen new anti-Semitic organizations had been founded each year.

“The anti-semitic movement in the United States,” he presciently concluded, “can no longer be treated as if it were a transient phenomenon.”

The two most important groups Strong examined were the German American Bund and the Silver Legion, also known as the Silver Shirts.

Symbol was the swastika

The Bund, founded in 1936, was theoretically a German-American heritage organization. In reality, its leader – a German immigrant and naturalized American named Fritz Kuhn – chose the swastika as its symbol and insisted members, including children in summer camps, wear Nazi-style uniforms.

The group’s motto was “Free America,” which its followers understood to be an America freed from supposed Jewish oppression. The Bund had dozens of local chapters and a following that Kuhn claimed exceeded 200,000 nationwide. Other contemporary estimates put it considerably lower.

Kuhn’s time as an aspiring American Hitler ended after a raucous mass rally in Madison Square Garden in February 1939.

Addressing the rally, Kuhn declared that if George Washington had still been alive, he would be a Nazi.

Outraged at what he was hearing, a Jewish hotel worker, Isadore Greenbaum, rushed the stage during Kuhn’s address and was badly beaten by Kuhn’s bodyguards. Outside the Garden, Bund supporters clashed with anti-Nazi demonstrators and police officers.

A post-rally investigation revealed that Kuhn’s interests lay beyond emulating Hitler. He had been skimming money from the Bund’s accounts for personal use. Kuhn was subsequently prosecuted, convicted and eventually deported to West Germany after the war.

From screenwriter to anti-Semite

Kuhn was not the only leader of organized anti-Semitism in this era. The Silver Legion was similar to the Bund and commanded a nationwide following. Its “Chief,” William Dudley Pelley, was a former screenwriter who shared Kuhn’s dictatorial aspirations.

Like the Bund, the Legion was explicitly anti-Semitic and called for the segregation of Jews into ghettos. Silver Shirts across the country armed themselves, trained for a race war and encouraged Americans to “Buy Gentile.”

Also like Kuhn, Pelley was brought down by his own corruption. He had defrauded investors in a previous business venture to help fund the Legion. He was later indicted for sedition and would spend World War II fighting a series of legal cases from behind bars.

The movements both men built did not disappear with their incarceration, as declassified FBI files show. Certainly, their members did not simply cease to hold anti-Semitic views when their leaders were imprisoned.

Where did they go?

Historians know little about what happened to former Bund members and Silver Shirts after World War II. But media figures of the Depression era like Father Charles Coughlin – who had a radio audience in the tens of millions – also did much to popularize anti-Semitism. Recordings of Coughlin’s anti-Semitic radio broadcasts, along with Pelley’s writings, remain popular on far-right social media today.

As Strong recognized, the 20th century saw the emergence of a new and potentially violent anti-Semitism fundamentally based in Nazi-esque ideas and, in the 1930s, Hitler worship.

The only recorded instance of the Ku Klux Klan lynching a Jewish person – Leo Frank – took place in 1915, as World War I raged in Europe. While the Klan had previously focused its ire on African-Americans and Catholics, the move to anti-Semitism updated its appeal to racists facing the changing world of the 20th century.

Frank’s lynching is generally considered to have galvanized support for the previously declining group. In other words, violent and organized anti-Semitism became one of the ideological underpinnings of this leading American radical right group.

It continues to underpin the ideology of radical right groups today. Like Robert Bowers, the anti-Semites of the 21st century prepare for racial warfare and rant about Jews “committing genocide to my people.” They are following directly in the footsteps of America’s 20th-century leaders of organized anti-Semitism.

American anti-Semitism doesn’t just hurt Jews. Racial and religious prejudice of various sorts have proven corrosive to the American social fabric in the past, for instance, in the Jim Crow-era South, where racist laws denied African-Americans their civil rights. And the United States’s geopolitical rivals – Russia, for instance – view the inflammation of these tensions on social media as a means to undermine the American political system.

Historians and educators can ensure that this dark aspect of U.S. history is included in textbooks and wider cultural memory. By confronting America’s dark past of organized anti-Semitism, it may be possible to recognize it in the present and see it as a more common part of our culture than most Americans would like to acknowledge.

That recognition can lead, possibly, to escaping the shadow that the 1930s still cast over the country today.

WTAE-TV Pittsburgh: “After 30 days of mourning, rabbi talks about what’s next for Tree of Life Synagogue”