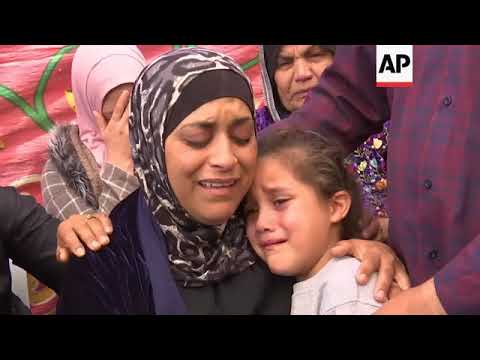 The Israeli parliament is scheduled to discuss a bill that would ease requirements on the death penalty for Palestinians next week.

Israel’s Prime Minister Benjamin Netanyahu supported a bill that would allow the imposition of the death penalty for Palestinians charged with attacking Israelis. Debate on the bill is scheduled to restart next week.

During a meeting with the leaders of the ruling coalition, Netanyahu said nothing is preventing the bill from moving forward in the Israel Knesset, or Parliament. Among the bill’s supporters is Israel’s Defense Minister Avigdor Lieberman, who openly endorsed Israel’s deadly response to Gaza protesters arguing “there are no innocent people in the Gaza Strip.”

“After over three years of a stubborn struggle, the death penalty for terrorists law will finally be brought to the law committee next Wednesday (November 14), and then for its first reading in the Knesset plenum,” Lieberman said on Twitter.

According to the Middle East Eye “The bill, which passed a preliminary vote by the full parliament in January, would ease the requirements military courts in the occupied West Bank must meet to sentence Palestinians convicted of ‘terrorist’ crimes to death.”

Currently, for a Palestinian to be sentenced to death in the occupied West Bank the three military judges of the court have to unanimously support the sentencing. The bill will ease requirements by shifting the requirement to a simple majority.

The bill would only affect Palestinians in the West Bank who are subjected to military, rather than civil, law. Human rights organizations and anti-occupation activists have condemned this state of affairs arguing it constitutes legal apartheid. Israeli settlers and Palestinians live in the West Bank, but are subjected different sets of laws, allowing for rampant impunity in cases of attacks by settlers against Palestinians throughout the occupied territory.

According to analysts, elections will be called in the coming months prompting a new debate on the bill. A bill to allow the death sentence for “terrorists” was one of Lieberman’s election promises in 2015.

With or without the bill, Israeli occupation forces have killed scores of Palestinians who did not pose an imminent threat of death or risk of serious injury. This violation of international human rights law has been witnessed in Israel’s response to Gaza’s Great March of Return. Israel is currently under investigation by the International Criminal Court (ICC) for war crimes.