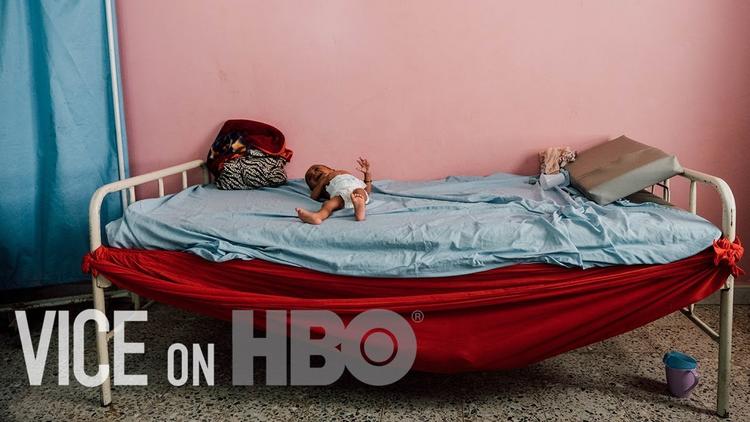 Ann Arbor (Informed Comment) – CNN reports that the Trump administration has turned against a UN Security Council resolution calling for a Yemen ceasefire and is now blocking it. The five permanent members of the UNSC have the ability to veto resolutions, so US hostility to it is fatal for the measure.

Saudi Arabia and its ally the United Arab Emirates launched the war on Yemen in spring of 2015. It has killed tens of thousands of people directly (far more than the frozen 2016 estimate of 10,000), and has led to the starvation of 85,000 children. Much of the country of some 28 million is now food insecure, that is, about 10 million Yemenis are one economic setback away from starving. No public health crisis of this enormity has been known since WW II.

The Saudis and their allies are determined to unseat the Helpers of God (Houthi) militia, which took over the capital of Sana’a in September 2014 and halted the constitutional process whereby Yemenis were trying to craft a new, democratic government in the wake of 2011-2012 revolution against long-lived dictator Ali Abdullah Saleh. The Houthis hail from the moderate Zaydi branch of Shiite Islam, which is often closer to Sunnis than the Twelver Shiism of Iran and Iraq. About 1/3 of Yemenis are Zaydis, while some Sunni tribes and urban quarters are willing to ally with them against outsiders. The Saudis do propaganda that the Houthis are controlled by Iran, but although the Iranians might have provided a little money and a few weapons, their involvement has been vastly exaggerated by Saudi and UAE propaganda. The Houthis are an authentic local Yemeni reaction against Saudi hegemony over Yemen and against attempts of Riyadh to convert Zaydis to the puritanical Wahhabi form of Islam, which is hyper-Sunni.

The Saudis and the Emirates have pursued an air war against a guerrilla movement, which usually fails. They have appeared often to target civilians and civilian infrastructure, including schools, hospitals, bridges and ports. Their current strategy is to take the Red Sea port of Hodeida and then cut the capital off from food and supplies, starving the Houthis out (along with millions of other people).

To forestall this form of total war and genocide, the UN Security Council has been attempting to achieve a ceasefire. CNN reported, however, that when Saudi Crown Prince Mohammed Bin Salman saw the resolution, he was absolutely furious and threw a fit. The Saudis have some sort of hold over Trump. He has run interference for Bin Salman with regard to the murder of Washington Post columnist and dissident journalist Jamal Khashoggi at the Saudi consulate in Istanbul.

Now Riyadh appears to have pulled some sort of strings to get Trump to block the UNSC resolution. This new US position is at odds with what outgoing UN ambassador Nikki Haley has been saying about the dire situation in Yemen for the past couple of months, and she appears to have been over-ruled by her boss.

CNN obtained a copy of the British-crafted resolution, which critics of the war had already seen as inadequate. It only calls for a ceasefire at Hodeida port and compliments the Saudi war effort, slamming the Houthis for defending themselves. But even this mild resolution has been deep-sixed.

The Houthis have accepted the notion of a ceasefire at Hodeida if the UN will send in blue helmets. That is, they will only stand down from efforts to defend the port if it won’t go into Saudi hands– they want it to be internationally controlled as a price of the ceasefire from their side. They also insist that port duties and revenues still be sent to the National Bank in Sana’a, which they control.

Even Republicans in the Senate have grown restive over US policy toward Yemen, and Secretary of Defense Jim Mattis and Secretary of State Mike Pompeo will brief them Thursday in a bid to head off a move to legislate a US disengagement from the war effort.

The US began supplying the Saudis with logistical support such as in-air refueling of their fighter jets and bombers, and strategic help with identifying key targets. The US military has been frustrated for some time, according to off the record statements to the press, by the Saudi insistence on hitting targets that hurt civilians, such a bridges over which food is delivered, even though Washington has advised against it.

The Escalating Crisis In Yemen | VICE on HBO