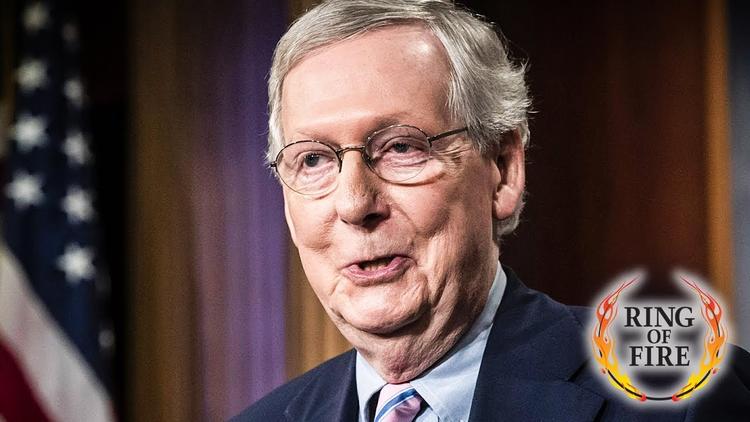 Ann Arbor (Informed Comment) – Today’s midterm elections are among the more fateful in recent American history, quite simply because there is a madman in the White House whom the Republican Senate and House have absolutely refused to rein in.

When Barack Obama wanted to close the US gulag at Guantanamo Bay, where inmates are held without charge for years, subjected to torture, and sometimes murdered, the GOP Congress stopped him by passing a law that he could not spend government money for the purpose of closing Gitmo. What Obama wanted to do was reasonable.

The Congress could likewise have put a stop to Trump’s *unreasonable* antics with such laws. Instead they let him impose a racist visa ban, let him continue to support the ruinous Yemen war, let him send 15,000 troops to the border with Mexico in a boondoggle that will cost the public millions.

But the big outrage was the “tax cut” scam of last February, which gave away $1.5 trillion to America’s super-wealthy over a decade and ballooned the deficit.

Mitch “Darth Vader” McConnell immediately announced that because of the ballooning deficit, which he single-handedly caused, Congress would have to cut what career politicians in Washington DC call “entitlements.” They include Social Security, Medicare and Obamacare.

All of us who have had a formal salary have paid into social security. McConnell is threatening to come after your government retirement benefits. That is *your money* that the government is supposed go be holding in a kind of escrow for you. The line the so-called conservatives try to feed you that social security is broken or in danger of going bankrupt is a huge steaming crock.

The rich don’t pay into social security on income over $128,400 a year. All you would have to do is raise the cut-off for the super-wealthy and suddenly social security would be way in the black and perfectly healthy.

Mitchell also wants to destroy what’s left of the Affordable Care Act and get rid of protections for pre-existing conditions.

He and Republican congressmen want to take these steps in order to receive big campaign bucks from the business classes.

Republicans in congress actually work for scumbags like Donald Trump, who finds ways never to pay taxes on much of his income, but who are still afraid that for the government to provide services to people is a bad thing, since it keeps in place taxes on . . . the business classes. Those classes benefit from the country’s infrastructure and airports and military security but they want to make the middle classes pay for all those things so that they can play masters of the universe with every extra penny they can save from taxes.

Most of Trump’s antics are just offensive and cheapen the tenor of public life, and cable news loves to gossip about all that.

But some of what he is doing is truly dangerous. He is ruling by demonizing certain ethnic groups, setting American against American and causing a spike in hate crimes. We’ve had mosques burned and synagogue-goers slaughtered. That polarization will detract from your security.

But the real threat of Trump is structural. He is vastly increasing the levels of inequality in the US, throwing more and more money, through tax policy, to the super-rich.

The tax cut will also create an enormous deficit that the Republicans will attempt to leverage into a final destruction of social security, medicare and Obamacare. Back in the 1930s the elderly were the poorest Americans, since most of them had not saved enough and barracuda capitalism had crashed the market in which some of them had invested. Now the elderly are generally speaking relatively well off, because of social security and medicaid.

If you want to cast yourself down into poverty and watch your loved ones die for lack of health insurance, just go on voting Republican and giving heartless bastards like Trump the keys to the kingdom.