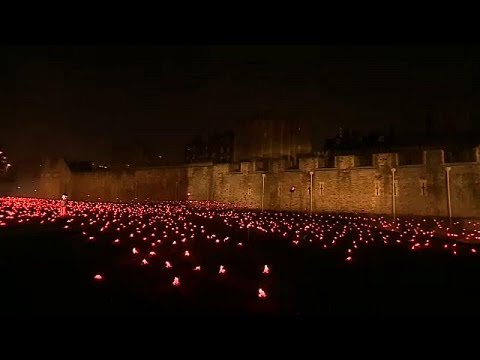 Ann Arbor (Informed Comment) – French President Emmanuel Macron warned, as Europe prepares to commemorate the end of World War I a century ago on November 11, that the world is entering a new age of destructive nationalism.

Virulent nationalism roiled Europe and killed over 80 million people in the two world wars. That is more than the population of a contemporary European country like France or Germany.

Macron did not say so, but he must have had Trump on his mind. The president has attempted to whip up nationalist and racist anxieties on a scale not seen since the Fascist axis of the 1930s and 1940s.

If British anti-Germans spoke of “the Hun” in the early twentieth century, Trump has offered us a whole new vocabulary of hatred.

In the world according to Trump, patriotism is no longer enough and must be replaced by nationalism (Mussolini’s party was the Nationalist Fascist Party). Charles DeGaulle observed that patriotism is loving your country an nationalism is hating other peoples’ countries.

And here are the top five ‘nations’ Trump hates:

1. Muslim-majority countries. “Islam hates us,” he pronounced. (Except for Muslim countries willing to suck up to the United States, which is most of them). Thus, Trump imposed his Muslim visa ban.

2. Iran: Trump violated the treaty with Iran; and now he is waging economic war on Iran— which is sure to result in new trouble.

3. Trump castigated Mexicans as rapists and criminals, and wants to wall them out.

4. Trump has now extended these insults to Guatemalans and other Central Americans, using them to insult our intelligence by presenting a small group of women, children and noncombatants seeking asylum at a port of entry), as a major threat.

But Trump’s National Security Adviser called up Brazil’s fascist new president, Jair Bolsonaro and praised him to the skies. So it is only the non-fascist Latinos that Trump hates.

5. China, Trump yells, is taking advantage of us. He is pursuing a wideranging trade war with that country that will almost certainly at some point seize up the world economy and plunge it into a deep recession.

The chances of a military encounter with China in the South Pacific can also not be ruled out.

These nationalist conflict promoted by Trump are far more dangerous than most people realize.

EuroNews: “Europe starts commemorations of centenary of end of WWI”