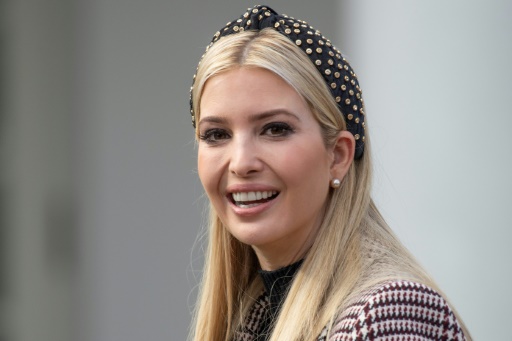 The Post, citing anonymous sources, said the discovery was made by White House officials reviewing emails in response to a public records lawsuit.

When asked about it, Trump said she was unfamiliar with details of the rules, the Post said.

A spokesman for Trump’s attorney confirmed that she did use a private email account before she was informed of the rules, and said that all her government-related emails had been turned over months ago, the newspaper reported.

President Donald Trump has repeatedly pilloried Hillary Clinton, his rival in the 2016 presidential election, for her use of a private email server for government business while she was secretary of state.

Then FBI director James Comey — fired by the president last year — announced that the bureau would reopen an investigation into Clinton’s use of the private email server just 11 days before the 2016 presidential vote, a move that some say may have helped cost her the election.

Trump supporters still chant “Lock her up!” at rallies, mimicking one of Trump’s battle cries during the election campaign, indicating they believe Clinton should be jailed.

… Elijah Cummings, the top Democrat on the House Oversight Committee who is likely to become chairman when his party takes control of the House in January, hinted he may revive a probe from last year into Trump administration officials’ private email use.

“The White House never gave us the information we requested,” Cummings, who authored an update to the Presidential and Federal Records Act signed into law in 2014, said in a statement.

“We need those documents to ensure that Ivanka Trump, (her husband) Jared Kushner and other officials are complying with federal records laws and there is a complete record of the activities of this administration.”

During their bitter election battle, Donald Trump had called for Clinton to be brought up on charges over her use of a private email server while secretary of state. A favorite chant of his supporters was “Lock her up” — one he did not silence.

Cummings insisted that “my goal is to prevent this from happening again — not to turn this into a spectacle the way Republicans went after Hillary Clinton.”

Senate Homeland Security and Governmental Affairs Committee Chairman Ron Johnson, a Republican, said he would also examine whether the law had been broken.

“We take this very seriously,” Johnson, who had his committee investigate Clinton’s email use, told CNN. “Federal records is under my committee’s jurisdiction, and we will dig into exactly what has happened here.”

A spokesman for Ivanka Trump’s attorney confirmed that she used a private email account before she was informed of the rules, according to the Washington Post, and said that all her government-related emails had been turned over months ago.

But American Oversight called her personal email use a “blatant derogation of the law.”

“It now appears that Ms Trump continued to violate the rules long after the White House claimed it had educated employees about their obligations,” executive director Austin Evers wrote in a letter to lawmakers.

“Accordingly, there is reason to doubt the efficacy of the White House’s efforts. Congress should investigate the steps the White House has taken to ensure employees beyond Ms Trump are following the law.”

Trump acknowledged Tuesday that his daughter had used a private email account for government business, but rejected parallels between Ivanka Trump and Hillary Clinton as “fake news.” …

But Ivanka Trump’s emails did not contain classified information and she did not use an extensive home server, he argued, insisting that that his daughter and senior advisor had done nothing wrong.

“She wasn’t doing anything to hide her emails… They are all in presidential records… There were no servers in the basement like Hillary Clinton had. You’re talking about a whole different — all fake news.”

Trump’s vigorous defense of his daughter did little however to appease lawmakers on both sides of the aisle who announced plans to investigate whether she had violated federal records rules.