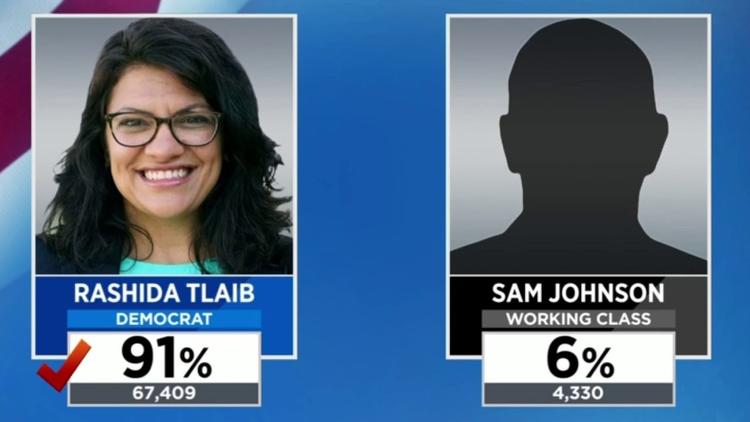 Ann Arbor (Informed Comment) – With some 100 congressional victories, women staged a pink wave in the face of Trump’s tone of misogyny and feckless patriarchy. But what is interesting is that the pink wave isn’t exclusively white, exemplifying difference feminism more than the old Second Wave.

For the first time in history, two Native American women will enter the House of Representatives, after 241 years. One of them is gay. And the youngest woman ever elected to the House is Alexandria Ocasio-Cortez.

Perhaps the most remarkable stories are the two Muslim women elected to the House, one from Minneapolis (Ilhan Omar of Somalia) and the other from Detroit (Rashida Tlaib of Detroit but ultimately Palestine). They aren’t only women, and Muslims, but also refugees. They are Donald J. Trump’s worst nightmare and the antithesis of what he thinks America is or should be, if you listen to his rhetoric. But actually he has some commonalities with them.

Some 44 million Americans are first-generation immigrants, and 33 million are second-generation.

Between them, at 77 million, they are a quarter of Americans. And Trump is among the 33 million second-generation Americans, since his mother was born in Scotland.

That is, Trump and Rashida Tlaib are both second-generation Americans, and Trump’s mother and Ilhan Omar shared the immigrant experience (as did both of Trump’s wives).

But whereas the Trumps are grifters and tax cheats and racists, the Omars and the Tlaibs have been upstanding citizens.

Tlaib’s parents are from the Palestinian West Bank (now under harsh Israeli military occupation)– her mother from Beit Ur al-Fauqa near Ramallah and her father from East Jerusalem. He was employed as an auto worker for Ford. One of 14 children, Rashida obtained a BA from Wayne State University and then a law degree from Thomas Cooley. She was a two-term Michigan state legislator.

While she was in the Michigan state legislature in Lansing, the chair of her committee once asked her to prove she is an American.

Trump has closed the Palestine mission in Washington, DC and slashed funding for the UN Relief and Works Agency, which used to care for people like the Tlaibs, who have been deprived of Palestinian citizenship by the Great Powers and the Likud government of Israel. Trump is behind an attempt to crush the Palestinians.

Tlaib said going into this election,

“This is the time that we get to vote out hate, and the way we do it is by electing people like us into places where we make decisions right now, to push back.”

This is what the celebration of her victory looked like among Arab-Americans:

This is History. Watch every second of this.

Here’s another first: Ilhan Omar is the first Muslim-American to succeed a Muslim-American in Congress, taking up the seat vacated by Keith Ellison, Minnesota’s new Attorney General.

Omar lost her mother as a child. Her father and relatives were forced to a refugee camp in Kenya in 1991 for four years, and then managed to come to the US when she was a teenager. She was ten and already abroad when George H. W. Bush senior sent Marines to Somalia on a humanitarian mission, which then went bad when foreign aid became entangled in warlord politics, producing Blackhawk Down. The US has been deeply involved in Somalia.

Trump has now banned Somalis from immigrating to the United States.

Omar and Tlaib both faced horrible Islamophobic hate campaigns during their races, but Minnesotans and Detroiters look down on Nazis.

The great Hannah Allam reports that her first words on taking the podium were “Peace be upon you!” and then she said, “Praise be to God.” Congress is not going to look the same.

Congress member-elect Ilhan Omar’s first words upon taking the stage: asalamu alaikum. The next words: al hamdulillah. “My grandfather taught me that when you see injustice, you fight back. You do not give in to sorrow, you do not give in to sadness. You organize.” pic.twitter.com/vyuYOKeC0r

Dancing & singing in Minneapolis as the race is called for Ilhan Omar. It’s official: She & Rashida Tlaib are the first Muslim women in Congress. Awaiting Omar’s speech. pic.twitter.com/NCiQrbTKVn