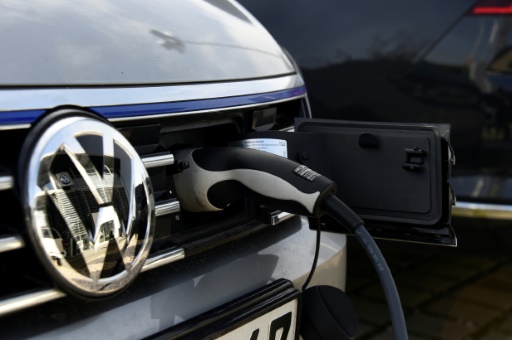 By Florian MÜLLER with Michelle FITZPATRICK in Frankfurt

Wolfsburg (Germany) (AFP) – German auto giant Volkswagen said Friday it will invest 44 billion euros by 2023 in the smarter, greener cars of the future as it ramps up efforts to shake off the “dieselgate” emissions cheating scandal.

Over the coming five years, VW said it aims to spend “almost 44 billion euros” ($50 billion) on electric, self-driving and connected cars as well as mobility services like car sharing.

The figure represents roughly a third of the group’s planned expenditure between now and 2023, and the bulk of it will go on developing e-cars, VW said following a supervisory board meeting on future strategy.

Volkswagen’s “electric offensive” underscores just how serious the automaker is about closing the gap with Asian competitors and US tech giant Tesla who have had a head start in the e-car race.

“We want to make Volkswagen the global number one in e-mobility,” CEO Herbert Diess told reporters.

“The time has come to take further technology and product decisions to achieve that goal.”

The group, whose brands range from luxury Porsche and Audi to the budget-conscious Skoda and Seat, has set itself the ambitious target of offering more than 50 electric models by 2025, up from six today.

It has high hopes in particular for the “affordable”, zero-emission Volkswagen ID compact which will have a battery range of 550 kilometres (340 miles) and cost roughly the same as a VW Golf — in a direct challenge to Tesla’s mass-market Model 3.

As part of the new strategy, VW intends to reshuffle some production sites in a bid to boost efficiency and achieve savings by bundling production of different models across brands.

“We are making our plants fit for the future,” VW board member Oliver Blume said.

– Teaming up with Ford – 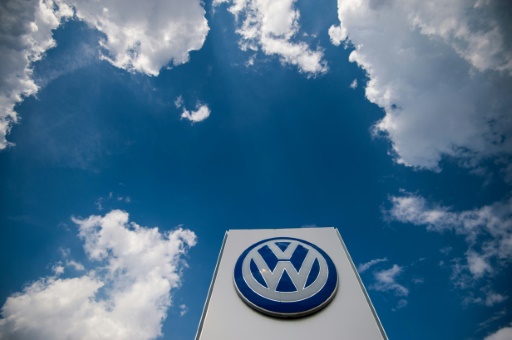 Two existing German plants will be converted into assembly lines for all-electric vehicles from 2022.

The plant in Emden will specialise in building small electric cars and sedans for several of the group’s brands, while the Hanover factory will make the ID Buzz, the clean-energy version of VW’s iconic camper van.

In a nod to concerns about job losses, Diess acknowledged that electric motors, which require fewer parts than combustion engines, are “much less complex” to build.

But VW has promised to guarantee jobs at both sites until 2028, focussing instead on phasing out positions by not replacing those who retire.

VW also announced plans to open a new factory at a yet to be determined location in eastern Europe.

Diess additionally confirmed that VW was “currently in talks” on teaming up with US competitor Ford in building light commercial vehicles, which would involve sharing factories.

But he stayed coy on speculation that the cooperation could extend into electric and autonomous car manufacturing.

Diess said partnerships were becoming necessary to achieve cost savings at a time when the industry is undergoing an expensive transformation.

Looking further ahead, VW said it was still “exploring the potential” of manufacturing its own batteries for electric cars as concern grows in Europe about the Asian dominance in battery cell production.

Volkswagen’s pivot towards e-cars has in part been spurred by efforts to shake off its ongoing “dieselgate” scandal.

The group was forced to admit in 2015 that it had installed cheating software in 11 million diesel vehicles designed to dupe pollution tests.

Suspicions of trickery later spread to other carmakers too, badly hurting the industry’s reputation.

The saga also fuelled a backlash against diesel, with a string of German cities now facing driving bans for the oldest, most polluting diesel cars.

Faced with increasingly angry drivers, the German government has come under pressure to avoid the bans but its efforts to get carmakers to commit to cleaning up engines have had limited success.

The “dieselgate” fallout has so far cost VW more than 28 billion euros in fines, buybacks and compensation and the company remains mired in legal woes around the world.

The group said last month it was on track to beat last year’s revenues of 231 billion euros.