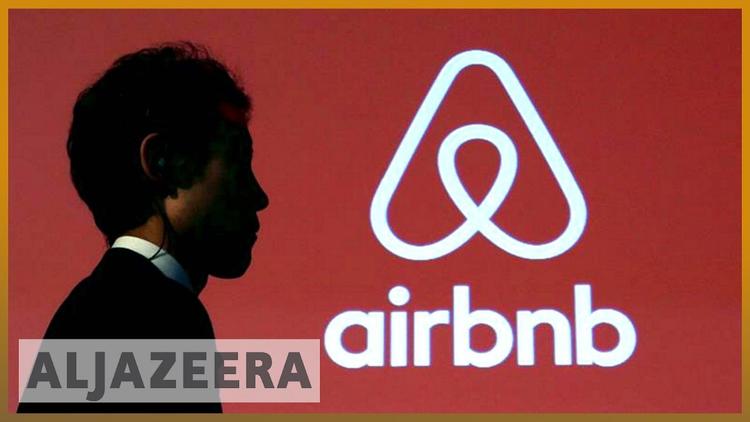 Ann Arbor (Informed Comment) – The living space- sharing company Airbnb on Monday denied an allegation by the Israeli tourism minister that it had suspended its delisting of apartments in Israeli squatter settlements (which are Jewish-only) in the Palestinian West Bank.

Airbnb has to boycott the Israeli squatter settlements because they are illegal.

The European Union has for some time imposed some sorts of boycott on settlement institutions, and requires the labeling of settler goods, and a full economic boycott is under consideration in countries like Ireland.

The argument sometimes heard is that Airbnb is treating the squatters differently than it does other disputed territories. It is a stupid argument and quite dishonest. There aren’t any other countries that are keeping 5 million people stateless and without citizenship in a state, and gradually usurping all their rights and property. The situation in the Occupied West Bank is unique, and deserves a unique response. There are countries that have incorporated somewhat unwilling populations into themselves, giving them a citizenship that they perhaps do not want. But that is different from stripping people of citizenship rights. Citizenship, as a US Supreme Court justice once correctly wrote, is the right to have rights.

Israel militarily occupied the Palestinian West Bank in 1967. International law forbids occupiers to settle their own nationals in occupied territory. If you count Jerusalem, Israel has flooded some 800,000 squatters into Palestinian lands, usurping property, water and other resources from the Palestinians themselves and keeping Palestinians in a condition of statelessness that in some ways resembles slavery. Just as slaves do not securely own any property, so Palestinians under Israeli occupation can never be sure they actually own their own homes, or farms, or crops, or olive orchards, which can be sabotaged or taken away by the armed Israeli squatters or by the government that backs them, at any time. The only challenge Palestinians can launch is in *Israeli* courts, who only seldom find for Palestinians. If they resist forcefully, Israel destroys the home of the whole clan, leaving them homeless even if they did not know of or approve of what their relative was planning. (I should clarify that I advise nonviolent responses; nonviolent movements are at least twice as likely to succeed in recent history).

The confusion may have been caused because the Airbnb executive sent to consult with Israeli authorities declared that Airbnb is opposed to practicing Boycott, Divestment and Sanctions toward Israel.

Airbnb meant it did not intend to boycott Israel proper, i.e. Israel inside 1949 borders, which has been accepted as a member state by the United Nations and recognized implicitly by Egypt and Jordan (neither of which ceded Gaza and the West Bank to Israel when they signed their peace treaties with Tel Aviv).

The far right wing politicians in power in Israel have already in their own minds annexed the Palestinian West Bank to Israel (just the land, not the people, for whom they wish they could find some sort of definitive solution). Such an annexation is illegal six ways from Sunday. But that is why they misheard what Airbnb was saying, because they don’t make a distinction between Israel proper and the squatter settlements outside Israel. The rest of the world does. Even the Trump administration does.

Airbnb was exposed to lawsuits in normal societies in Europe if it made money off illlegal settlements, and was also exposed to boycotts if it continued to list Jewish-only apartments built on stolen Palestinian land. Its decision is a major turning point in attitudes of the business world toward growing Israeli Apartheid.

The problem with the distinction between boycotting squatters on the West Bank and boycotting Israel proper is that the two are becoming increasingly intertwined and seamless. Sooner or later it will be impossible to boycott the one and not the other.