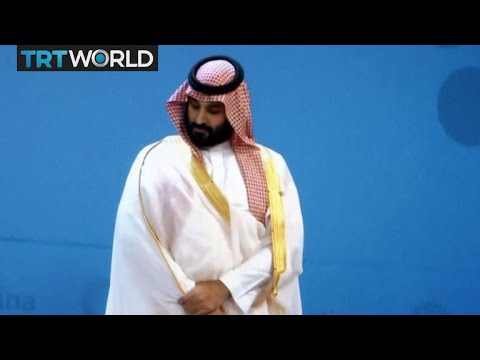 The arrogant and impatient young Mohammed Bin Salman, who shouldered aside a raft of uncles and cousins to grab power as crown prince, is something new in Saudi history. The Al Saud, the royal family, had functioned as an oligarchy, but King Salman and his hyperactive son have concentrated power in their hands in an unprecedented fashion. Since they became a very major oil power in the 1970s, the Saudis had, moreover, engaged in checkbook diplomacy, moving timidly and quietly behind the scenes and settling problems by transferring billions in gratuities to those they wished to influence.

Bin Salman demoted the Wahhabi clergy (hard line puritan fundamentalists) from their privileged place as arbiters of public morals. He had the Black-Eyed Peas in for a rock concert late last fall attended by both Saudi boys and girls, an event that would have seemed apocalyptic under previous Saudi rulers. He and his advisers developed the Vision 2030 aimed at transitioning the country away from almost complete dependence on petroleum sales to finance and industry, given that over the next decade and a half, electric cars will likely pull the plug on the oil business.

The new crew is impatient, grasping and brutally direct. Bin Salman launched a brutal air war against neighboring Yemen to unseat the Houthi militia in March of 2015 that continues to this day and is apparently being fought by mercenary child soldiers on the Saudi payroll. In 2017 Bin Salman kidnapped many of his cousins and other relatives and imprisoned them in the Ritz Carlton Riyadh, shaking them down collectively for as much as $100 billion. Then he kidnapped Lebanese prime minister Saad al-Hariri and tried to force his resignation (that gambit, aimed at weakening Hizbullah in Lebanese politics) failed.

Bin Salman, in a hurry to be an absolute monarch, is paranoid about Iran’s populist, republican Khomeinism on the one hand, and the populist, republican Muslim Brotherhood on the other. Saudi Arabia has richly rewarded Egypt’s officer corps for crushing the Muslim Brotherhood in that country. It supports the secular nationalist PLO against Hamas (which branched off from the Muslim Brotherhood). The Saudis wanted to overthrow Syria’s Bashar al-Assad in part to block Iranian influence in Syria and Lebanon. The Trump administration even urged Saudi Arabia to give Shiite-ruled Iraq massive aid so as to tempt Baghdad away from its alliance with Iran.

In June of 2017 Saudi Arabia and the United Arab Emirates sprang a boycott on neighboring Qatar and may have planned an invasion, over Doha’s support for the Muslim Brotherhood and its correct relations with Iran. This attack on Qatar may have been intended to allow Saudi Arabia to reduce it to a puppet and to get access to its vast natural gas and cash reserves.

In spring of 2018, despite these unsavory goings-on, Jared Kushner arranged for Bin Salman to make a triumphant visit to the United States, getting access to Trump, politicians on the Hill, the Israel lobbies in New York (whom he told he did not give a fig about Palestinians), and Silicon Valley.

Bin Salman put together an anti-Iran, anti-Muslim Brotherhood alliance of Israel, Egypt, the UAE, and Bahrain in the region, backed by the Neoconservatives in Trump’s administration such as John Bolton and Mike Pompeo.

Then on October 2, 2018, the whole thing unraveled. Bin Salman ordered a hit on prominent Saudi journalist Jamal Khashoggi, who had been close to the royal family but who saw the rise of Bin Salman as a threat. He fled to Washington, DC, having to leave his family behind (as hostages?) and so losing his wife. Khashoggi did not think of himself as a dissident but as a patriotic Saudi, and he even hoped that the Saudi embassy would appreciate his efforts. But Bin Salman does not allow people to escape his grasp so easily, and had Khashoggi’s Whatsapp communications tapped, discovering him much more of a dissident than he let on. Moreover, Khashoggi criticized Trump, which Riyadh feared would affect Saudi-US relations.

The murder was carried out with shocking amateurism at the Saudi consulate in Istanbul. Bin Salman is so naive that he did not realize that consulates and embassies are bugged. He and his brother Khalid, the Saudi ambassador to the US, would just make open telephone calls with no attempt at encryption. According to CIA leaks, Khalid called Khashoggi and urged him to stop in the Istanbul consulate for his paperwork (he needed proof of divorce to marry his Turkish fiancee). Khalid appears to have been part of the plot to get Khashoggi into the consulate so he could be murdered, but he hasn’t been expelled from Washington as you might expect.

Western willingness to invest in Bin Salman’s plans plummeted. He had trouble getting people to come to his “Saudi Davos” and basically had to bribe the ones who did. Bin Salman is persona non grata in most important world capitals. He was snubbed at the G20 in Buenos Aires.

The US Senate, whipped on by Sen. Bernie Sanders, passed resolutions laying the murder of Khashoggi at Bin Salman’s feet and demanding that the Pentagon withdraw its support for Saudi Arabia’s Yemen War. That war in any case is not going well, and is a black eye for Bin Salman.

Qatar has handily survived the Saudi blockade, using its gas wealth to insulate itself economically, and appealing to Turkey and the US to protect it militarily. If anything Qatar has been pushed closer to Iran, whose vegetables and air traffic controllers saved the small Gulf state.

Saad al-Hariri is still prime minister of Lebanon, and Hizbullah did well in last May’s elections.

Saudi Arabia’s attempt to overthrow Bashar al-Assad and roll back Iran has failed, and even Saudi ally the United Arab Emirates is opening an embassy in Damascus, acknowledging that pro-Iran al-Assad is there to stay.

Iran continues to sit pretty in Lebanon, Syria and Iraq. It has correct relations with Qatar, Oman and Kuwait, despite Saudi displeasure. And it is doing ever increasing trade with Turkey.

The Saudi cold war with Iran in the region is not going well for the Saudis.

The prospect of a success for Vision 2030 has been dealt a severe blow by the new status of the crown prince as a seedy murderer and the flight of Western investors.

The big story of 2018 is an Icarus tale. Bin Salman flew too close to the sun and the wax holding the feathers on his artificial wings melted, and he plummeted to earth.