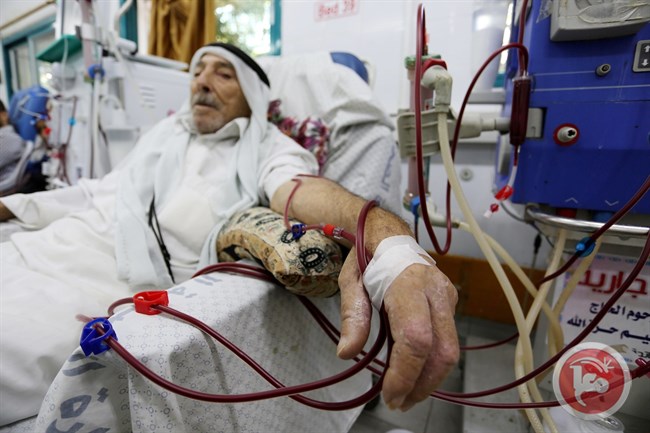 BETHLEHEM (Ma’an) — The approval rate in October for injured Palestinians during protests near the Gaza border fence with Israel to exit Gaza through Erez (Beit Hanoun) crossing to access medical care in Jerusalem, the West Bank or Israeli hospitals was significantly lower.

The World Health Organization (WHO) said in its monthly report on Health Access: Barriers for Patients in the Occupied Palestinian Territory, that October’s approval rate for injured Palestinians to receive medical treatment outside of Gaza was lower than the month’s overall approval rate with only 8 of 52 (15%) of applications were approved; 10 (19%) were denied; and 34 (65%) were delayed.

WHO said that 52 applications in October were for permits for those injured during protests, who were in need referral outside of Gaza via the Erez crossing.

As of October 31st, there had been 335 applications to Israeli authorities by those injured in protests to exit Gaza via Erez crossing to access healthcare, of those applications, 74 were approved, 117 were denied, and 144 were delayed.

The report also said that 188 patient applications or 7% of the total, were denied permission to cross Erez for health care in October.

Those denied included 10 children under the age of 18 years and 17 patients aged 60 years or older. More than 95% of denied permit applications were for appointments at hospitals in East Jerusalem or the West Bank.

There were 3,285 permit applications to Israeli authorities to cross Erez to accompany patients, which include parents or other companions applying to accompany children. Only one companion is permitted to accompany each Gaza patient and permits are conditional on security clearance.

A total of 1,564 patient companion applications were approved, 295 applications were denied and the remaining 1,426 were delayed, receiving no definitive response by the time of the patient’s hospital appointment.

Permit applications for the top five specialties accounted for three-fifths (58%) of referrals: oncology (23%); orthopedics (9%); cardiology (9%); pediatrics (9%); and hematology (8%). The remaining 42% of referrals were for 25 other specialties.