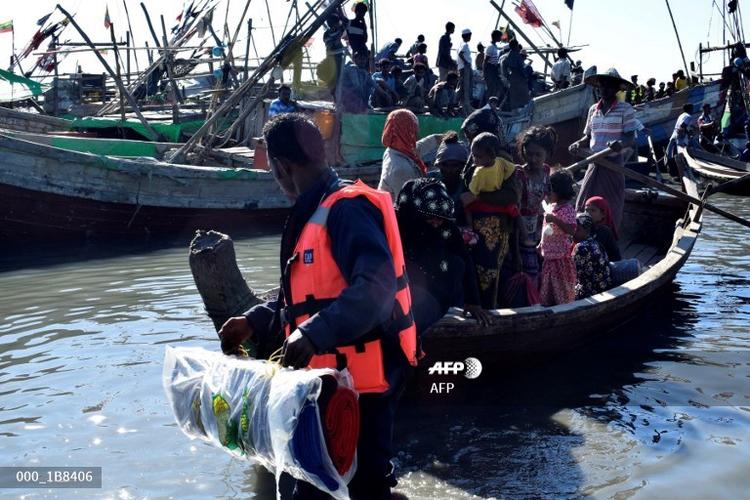 ( Human Rights Watch) – This month we celebrate the 70th anniversary of the Universal Declaration of Human Rights. To mark the occasion, we have asked Human Rights Watch experts to reflect on some of the key human rights challenges in their area of specialty.

There is no more daunting challenge for the human rights movement than trying to spare civilians from the litany of abuses associated with the raging conflicts of our time, those that are claiming the lives of hundreds of thousands of people and causing millions to flee across international borders. Where there once was outrage and demands for action, complacency has set in. How did it come to this?

For a while, the world seemed determined to put an end to the most horrendous crimes facing humanity. Buoyed by the end of the Cold War, outraged by the genocide in Rwanda and ethnic cleansing in Bosnia, a global movement was born in the new millennium with a powerful rallying cry, echoing that of Holocaust survivors: never again. Its ideas were radical at the time: no government was to hide behind its sovereignty to massacre its own people and no head of state was to stand above the law.

This movement gave itself a conceptual banner, the “responsibility to protect,” which the United Nations General Assembly adopted in 2005. It also embraced efforts to create an international criminal court to prosecute those most responsible for genocide, crimes against humanity, and war crimes.

The activists, diplomats, and scholars who formed the backbone of this movement knew that atrocities would not disappear overnight. But they were confident that the global arc of history could bend toward progress. And for some time, it looked like they were right.

When Sudanese forces and allied militias turned Darfur into a scorched earth in 2004, students rose up on campuses across the US to demand action. The UN Security Council referred the situation to the International Criminal Court and the UN deployed a peacekeeping mission. When Col. Muammar Gaddafi’s son in Libya promised “rivers of blood” to suppress protests in 2011, the Security Council swiftly imposed sanctions, and later authorized member states to take all necessary measures to protect civilians, including by imposing a no-fly zone.

That same year, Laurent Gbagbo, the all-powerful Ivorian president who tried to cling to power despite losing an election, was pressured by the UN, removed from power, and eventually landed in a cell in The Hague.

These robust UN Security Council interventions were not immune from controversy, nor were they always successful in their stated aims (Libya, which is still mired in chaos, is a case in point), but they signified a remarkable departure from the passivity of the past.

Fast-forward a few years later, and the hopeful arc of history seems to have taken a nose-dive. Atrocities the world had promised to end are the new normal. In Syria, President Bashar al-Assad, who for the past seven years has waged arguably the most vicious and bloody war in a generation, bombing and starving civilians, targeting hospitals and using chemical weapons, is winning the war with the help of Russia and consolidating his power.

Myanmar’s generals, who have presided over the brutal ethnic cleansing of the Rohingya population, are also getting away with murder, able to count on China’s support in a paralyzed Security Council while the rest of the world looks on—never mind that a UN fact-finding mission concluded that those generals should be investigated and prosecuted for genocide.

In Yemen, the Saudi-led coalition has unlawfully killed and wounded thousands of civilians and helped bring an entire country to the brink of famine. Countless war crimes have not stopped the US, UK or France from selling weapons to Saudi Arabia or from unrolling the red carpet for Crown Prince Mohammed Bin Salman, responsible for the coalition’s carnage in Yemen, yet dubbed a reformer by Western politicians and media elites, at least until he became a prime suspect in the murder and dismemberment of a prominent dissident journalist.

Are we to conclude that all is lost, and that the anti-atrocity movement was naïve and always bound to fail?

In the last few years, the US, UK, and France have enabled setbacks by turning their backs on international human rights and their underlying principles. They could, as they sometimes did in the not-so-distant past, return to using their permanent seats on the Security Council to demand action in the face of mass atrocities. Today the US has the clout to put real pressure on Saudi Arabia regarding Yemen. The UK could mobilize the world on behalf of justice for the Rohingya. France can use its leverage to ensure that autocrats in the Democratic Republic of Congo or Cameroon are accountable. Their citizens can demand it.

Still, it would be foolish to rely on these countries only. Other largely rights-respecting democracies, like the Netherlands, Liechtenstein, or Canada, have shown leadership to demand accountability for Syria or Yemen. More should join them, including emerging powers such as India or South Africa who seek a place on the world stage without articulating a positive vision on human rights. Altogether, these countries could confront Russia for the Syrian bloodbath or China for detaining an estimated one million Uighurs in “political education” camps in Xinjiang.

The global fight against atrocities is long and hard. Reigniting it requires courageous engagement by activists, diplomats, civil society leaders, and elected officials who believe that genocides and crimes against humanity are not an inevitable human flaw and should be met with more than a collective shrug.