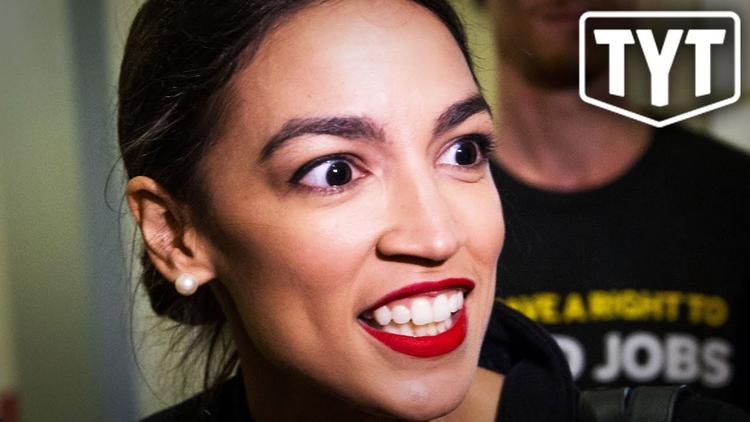 There is surprisingly widespread support for higher taxes on the rich. Americans have typically felt that one should keep what one earns. Many are also convinced that they will one day become rich, hence the popularity of lotteries, which reflect and help sustain that belief. Dean Baker, co-founder of the Center for Economic Policy and Research, has argued repeatedly that the best egalitarian strategy is to remove the elements of monopoly power in the so called free market so that incomes might be fairly distributed. I believe this argument is sound, but ending such practices as patent monopolies for drugs might be an even harder reach now than enacting a more just tax structure.

The degree of inequality in both wealth and income is the most extreme in our history. Nomi Prins, former Goldman Sachs executive and long time critic of big finance puts it thus: “i(I)fyou really want to grasp what’s been happening, consider that, between 2009 and 2017, the number of billionaires whose combined wealth was greater than that of the world’s poorest 50% fell from 380 to just eight. And… despite claims by the president that every other country is screwing America, the U.S. leads the pack when it comes to the growth of inequality. As Inequality.org notes, it has “much greater shares of national wealth and income going to the richest 1% than any other country.”

The behavior of those at the top contradicts many of the ideological defenses of this obscenely inegalitarian capitalism. Reductions in the corporate income tax have been followed by stock buybacks rather than new investments. These enrich shareholders but fail to create jobs. Manufacturers have been downsizing. Nonetheless, Donald Trump’s outrageous tax reform has had the inadvertent effect of stirring closer examination of the distributional impact of federal taxes. The Trump/Republican tax cut has been so unpopular that Republicans chose not to run on it.

The quest for a just tax system is aided by the clarity and care with which it has been presented. Alexandria Ocasio-Cortez has explained that top “marginal rate” applies only to income above the threshold. Most progressive tax proposals apply the top rate only to incomes above several million dollars. This tax would have little effect on even the relatively high income level attorney or physician. There is so much wealth and income parked among a few at the top that sums in the neighborhood of 100 billion a year can be raised quite easily.

Still, we have to be careful in how we make these arguments. Even constructive policy agendas are supported in part by misleading or inaccurate assertions. Defenders have pointed out that the US economy enjoyed sound and rapid growth over many decades with top marginal rates far higher than today. True enough, but during those years the tax code had innumerable deductions and credits. Any executive paying anywhere near the tope marginal rate should have fired his accountant. Marginal rates surely can safely be increased well beyond today’s, but attempts to reach Eisenhower Administration levels would invite a stampede to open up new deductions.

Progressive must also avoid attributing too much causal significance to tax policy. The relative success of Capitalism’s golden age, 1945 to 1970, depended heavily on a complex, hard to predict admixture of strong unions, infrastructure development, Cold War fears, and cheap natural resources. Equally important was the willingness of some segments of capital to accept limits to its wealth and power. In addition, fiscal policy, including the willingness to engage in deficit spending on behalf of those infrastructure investments both enhanced productivity and stimulated relatively high levels of employment.

There are, in addition, some outright bad arguments being used on behalf of this tax reform. Government does not necessarily need to raise taxes in order to finance a Green New Deal or other worthy projects. For one thing the evidence is that green energy increasingly pays for itself and it is now cheaper to build and operate a new solar or wind farm in some states than to continue to operate a coal-fired electricity plant. Moreover, the US government prints its own currency and cannot go bankrupt. It does face constraints, those being the workers, resources, and technologies available. Despite all the talk of recovery, there is still much slack in the real economy. This is in part because the money from the Trump tax cut went into financial market speculation and stock buy- backs. Had these funds purchased real investment in plants, worker training, and new technologies we might be experiencing faster growth but more significant inflation.

If the money spent on a Green New Deal does lead to some inflation (a fate far better than unemployment), then taxation of those at the top would be in order all the more. Nonetheless, activists should not wait around for progressive taxes to fund badly needed priorities. I can imagine a scenario in which Republicans and centrist Democrats derail these badly needed initiatives as “good ideas but we can’t afford them.” The planet and poor and working class citizens worldwide are already paying too high a price for such procrastination.

Perhaps the most compelling argument for serious tax reform is political. The vast accumulation of wealth at the top is matched by inordinate concentrations of political power. Even before Citizens United, money was speech. A little more equitable distribution of money might also re- energize and re-legitimize our democracy.

The Young Turks: “Alexandria Ocasio-Cortez: Call Me A Radical”