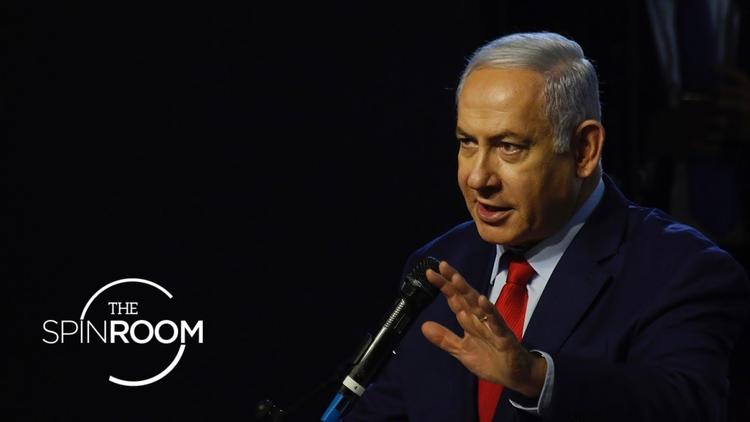 “A historic mistake” is how Israeli Prime Minister, Benjamin Netanyahu responded to calls for early elections last November. A few weeks later, he spoke, in exaggerated confidence of the “unanimous” agreement of his right-wing coalition that early elections must be held next April.

So why the change of heart?

Netanyahu may not be a good leader, but he is certainly a cunning politician. The fact that he is gearing up for a fifth term at the helm of Israel’s fractious political scene speaks volumes of his ability to survive against many odds.

But it is not all about Netanyahu and his clever ways. Israeli politics are truly dismal. The Left, if it ever earned such a title, is marginal, if not entirely irrelevant. The Center lacks any real political identity or decipherable discourse concerning, for example, foreign policy or true vision for peace and coexistence. The Right, which now defines Israeli society as a whole, has moved further to the right, and is saturated in religious zeal, ultra-nationalism, while some of its parties are flirting with outright fascism.

As strange as this may sound, in the company of Education Minister, Naftali Bennett, Justice Minister, Ayelet Shaked, and the recently-resigned Defense Minister, Avigdor Lieberman, Netanyahu is not the most extreme.

Indeed, per Israel’s Orwellian politics, nothing is what it seems.

Netanyahu is now paying the price for his overconfidence. The right-wing creature that he has so diligently created to quash his enemies, has grown so powerful and unhinged, that even the prime minister himself could no longer control political outcomes.

The once unchallenged Israeli leader has himself grown too comfortable with power. His family too has become too accustomed to the good life. His wife is now standing trial for corruption and misuse of public funds.

As of early December, the police have recommended, and for third time, that Netanyahu be charged with fraud, accepting bribes and breach of trust. Between direct involvement in the massive corruption racket that his office has espoused, and the dirty dealings of his own circle of aides and profiteers, the Israeli leader is no longer untouchable.

Netanyahu’s sense of safety has always been buttressed by his good standing in opinion polls.

Even now, his numbers are still relatively high. His Likud party would still win an easy election – 30 seats in the Knesset’s 120 seats – if the vote was to be held today.

In fact, this is precisely why Netanyahu had the change of heart and succumbed to mounting pressure from Bennett, among other dissatisfied right-wingers.

His hands are getting tied in Syria, thanks to Russia’s strong rejection of Israel’s incessant bombing of the war-torn country. His movement in Gaza has too become restricted due to the botched attack on the besieged Strip on November 11.

Gaza was a place where Israeli politicians could freely flex their muscles, punished the trapped population of that tiny region, either with a customary war or a routine bombardment.

But Netanyahu has failed on that front as well, where the Gaza Resistance recently repelled an Israeli commando attack and forced the Israeli government into an Egyptian-sponsored truce.

A mere 48 hours later, Lieberman resigned in protest, further contributing to the growing stigma among Israeli officials from all parties that their leader is ‘weak’ and was ‘defeated’ by Hamas.

Still, his coalition survived, but not for much longer. A razor-thin majority of a single Knesset member kept the once powerful coalition alive in Parliament. Bennett and others suddenly had the key to the Likud-led coalition’s survival and to Netanyahu’s own political fate.

Thus, Netanyahu opted for early elections, hoping for an easy victory and for yet another right-wing coalition, where he would have greater maneuverability and command greater respect.

Since Center and Left parties have already proved worthless, Netanyahu is now counting on their ongoing failure to appeal to Israeli society.

Elections will be held on April 9, as announced on December 24, by speaker of the Knesset, Yuli-Yoel Edelstein; nearly 8 months before they were originally scheduled.

Considering Netanyahu’s increasing misfortunes, 8 months would be too long to maintain his electability. In fact, most Israelis already see him as a corrupt leader.

According to the same calculations, early elections in April is not long enough for a capable contender to emerge from neither the Right, nor the political wreckage of the Center and Left to, finally, dethrone the king of Israel.

However, this, too, might prove to be wishful thinking.

Within days of Edelstein’s announcement, Bennett and Shaked declared the formation of their own new party. The leaders of the ‘Jewish Home’ are now the leaders of the ‘New Right’. While this is seen as a major challenge to Netanyahu within his right-wing constituency, it is also an early sign of the fragmentation of the Right itself.

But that’s not all. Another Benjamin – Benjamin “Benny” Gantz – is hoping to change the Israeli political paradigm entirely.

The ex-general has served in several wars against Gaza, at the Israel-Syria front and was the country’s 20th Chief of General Staff.

With an unclear, thus untainted, political outlook, and a bloody war record, it would be tough for Netanyahu to diminish Gantz’s reputation among Israelis. In Israel, ‘killing Arabs’ is always an incentive at the polls.

Although the army man-turned politician is being perceived as a Center-Leftist, he clearly wants to start anew. On December 27, Gantz launched his own political party: Hosen Yisrael – Resilience of Israel.

With little, if any political campaigning, the new party would win 15 seats in the Knesset if elections were held today.

This says much about Israelis lack of faith in the existing Center-Left political elites, but also about the serious challenge that the Right, with all of its strands – should expect if the pendulum continues to swing.

For now, Netanyahu’s strategy is likely to focus on gaining as much new political capital as possible while taking as little risks as possible.

But with his enemies gaining momentum, police investigations closing in, the fracturing of the Right and the rise of an electable Centrist, Netanyahu, the survivalist might become a liability to his own party, which could, at last, usher in the end of his political career.

The views expressed in this article are the authors’ and do not necessarily reflect Ma’an News Agency’s editorial policy.

Ramzy Baroud is a journalist, author and editor of Palestine Chronicle. His latest book is The Last Earth: A Palestinian Story