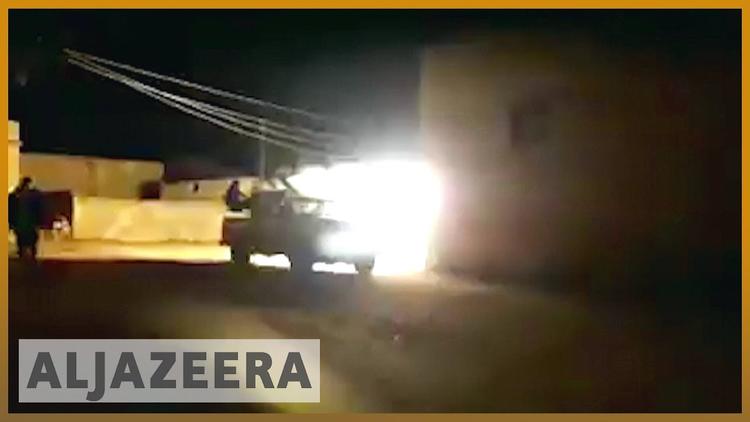 Infighting has long plagued Syria’s armed opposition since the uprising against Assad began in 2011. Turf wars have helped the Syrian president, with his Iranian and Russian allies, recover much of the territory previously held by rebels.

Tahrir al-Sham, formerly affiliated to al Qaeda, had launched an attack on Tuesday against towns in the western countryside of Aleppo held by Nour al-Din Zinki, a member of the mainstream National Liberation Front (NLF), the rebels and residents told Reuters by telephone.

The Islamist group, which on Wednesday seized the town of Darat Izza, said it was retaliating for an ambush this week that killed five of its fighters. It blamed Nour al-Din Zinki.

Ideological differences divide hardline Islamist militants from nationalist groups in the Free Syrian Army that have gathered under the banner of the NLF, which has the backing of Syria’s neighbour Turkey.

A rebel source said capturing the town of Darat Izza would strengthen the Islamist group in secret talks with Turkey, which has a military foothold in the northern region and wants to tighten its grip on the area to secure its border.

The militant Islamists’ goal was to create a contiguous stretch of territory from areas they control north of Idlib near the Turkish border to strongholds in the Aleppo countryside, said a senior Western diplomat closely following Syria who requested anonymity.

In a further bout of tit-for-tat fighting, NLF forces who sent more deployments and announced a call for war attacked Tahrir al-Sham strongholds and checkpoints in Idlib province, residents and rebels said.

“We hold Tahrir al-Sham responsible for the dangerous and catastrophic repercussions that result from its escalation and call on its wise men to stop the fighting and preserve what is left of the revolution,” the NLF said in statement.

Residents say the NLF has made little progress in dislodging the Islamists from Saraqeb, one of the main cities they hold in Idlib province.

Fears, however, grew that fighting that has mostly avoided civilian areas could spill over into heavily populated urban areas. Dozens have so far been killed and wounded, rebels said.

Although the Islamists are outnumbered by the mainstream NLF, they are the most powerful group in Idlib and have de facto control over most of the province, the last big rebel enclave.

Scores of civilians in Maarat al Numan, an NLF-controlled town, held a rally against Tahrir al-Sham on Wednesday, accusing the group and its leader Sheikh Abu Mohammad al Golani of serving Assad by launching its latest attack.

Clashes between rebel factions have extended to Atma, a town on Idlib province’s northern border with Turkey. The town is now home to tens of thousands of Syrians displaced by the years of conflict and who now live in makeshift tents.

One resident in the camp, Abdul Aziz Younis, told Reuters several civilians were killed when rebels shelled each other as hundreds of families fled to safer places.
Categories