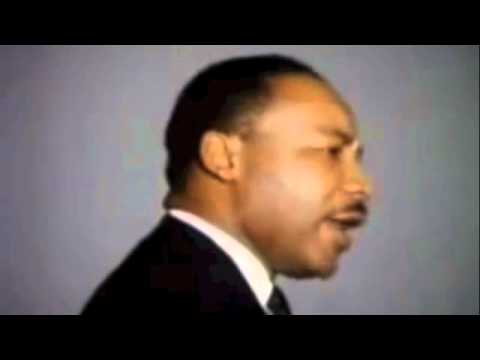 Alexandria Ocasio-Cortez (AOC), the youngest woman ever elected to Congress, at 29, has become a lightning rod. She was recruited to run against a corporate Democrat by activists of the Democratic Socialists of America (DSA), which has become a significant caucus within the Democratic Party. Her advocacy of a higher marginal tax rate (no, she doesn’t want to raise taxes on you) and of a host of practical measures for addressing the exponentially increasing inequality and injustice in American society, has attracted the attention of the capos of the billionaires– the hatchet men working for the odious Rupert Murdoch and the mindless minions of the mountebank Trumps.

Ocasio-Cortez and other members of the DSA advocate Boycott, Divestment and Sanctions on Israel because of its extensive catalogue of war crimes and crimes against humanity in its treatment of the stateless, Israeli-Occupied Palestinian population. That position is seen by the Israeli government’s Ministry of Strategic Affairs, headed by Gilad Erdan, as dangerous to that government’s propaganda effort. Virulent Jewish-nationalist groups like the Zionist Organization of America and others have also attempted to marginalize especially African-American and minority voices who take up BDS. Thus Marc Lamont Hill was fired from CNN for a speech upholding Palestinian rights within a one-state framework, and Angela Davis was denied a human rights award in Birmingham for her position on BDS. Other new members of Congress such as Ilhan Omar and Rashida Tlaib have also been attacked on these grounds.

'Oftentimes the most righteous thing you can do is shake the table.' — Watch @AOC's inspiring Women's March speech #WomensWave #WomensMarch2019 pic.twitter.com/vqG63QMnqs

Pooh-bahs of the corporate wing of the Democratic Party such as Harry Reid and Aaron Sorkin have attempted to shush the outspoken Puertorriqueña, to no avail. As for the Murdochist trolls, AOC lithely bats them away on Twitter, the way Kitana wields her Steel Fans in Mortal Kombat as she utters her battle cry, “You will learn respect!” So far it has been white supremacist Mean Men 0, AOC 110,000.

The American elite, people like Dick Cheney, had opposed the establishment of Martin Luther King Day, but once it was voted as a Federal holiday, they have attempted to defang it. King was a gentle radical, deploying nonviolent noncooperation to dismantle Jim Crow structures of systematic discrimination on the basis of race. We are permitted to hear the “I have a dream” speech over and over again because its diction does no more than express a mild hope for racial equality, and racial equality is now given at least lip service outside white supremacist circles.

But we aren’t typically exposed on television to King’s anti-imperialism and anti-capitalism and anti-war message. If he were alive today, he would certainly be a member of the Democratic Socialists of America and would certainly lend his enormous charisma to the promotion of younger activists such as Ocasio-Cortez.

In the course of a love letter to Coretta Scott of July 18, 1952, King said he had just read the nineteenth century writer Edward Bellamy’s science fiction novel, Looking Backward 2000-1887, which imagined a futuristic Boston without social conflict where workers were treated equitably. Bellamy’s work went viral, rivaling Uncle Tom’s Cabin and Ben-Hur as a Victorian best-seller.

King used the novel as a springboard to discuss his own commitment to democratic socialism and to critique both capitalism and communism:

… I have just completed Bellamy’s Looking Backward. It was both stimulating and fascinating. There can be no doubt about it Bellamy had the insight of a social prophet as well as the fact finding mind of the social scientist. I welcomed the book because much of its content is in line with my basic ideas. I imagine you already know that I am much more socialistic in my economic theory than capitalistic. And yet I am not so opposed to capitalism that I have failed to see its relative merits. It started out with a noble and high motive, viz., to block the trade monopolies of nobles, but like most human system[s] it [fell] victim to the very thing it was revolting agai[n]st. So today capitalism has outlived its usefulness. It has brought about a system that takes necessities from the masses to give luxuries to the classes. So I think Bellamy is right in seeing the gradual decline of capitalism.

I think you noticed that Bellamy emphasized that the [change?] would be evolutionary rather than revolutionary. This, it seems to me, is the most sane and ethical way for social change to take place. This, it will be remembers is one of the points at which socialism differs from communism.

Very little in the program of the Democratic Socialists of America is all that new (some of it was predicted by Edward Bellamy in 1888). King associated himself with precisely these ideals. We cannot commemorate him today, cannot annually celebrate him, if we narrow his message to one feel-good speech, the ideals of which were are anyway very far from attaining. His was a full, impactful life cut short by an assassin’s cruel bullet, and his was a wide-ranging critical intellect that put the unhealthy foundations of capitalist America under the microscope of a seasoned pathologist.

Those who say they support King’s ideals should consider whether the final remnants of Jim Crow– the practical economic and geographical segregation of African-Americans– can truly be addressed without democratic socialism of precisely the sort King dreamt of and AOC seeks to implement.