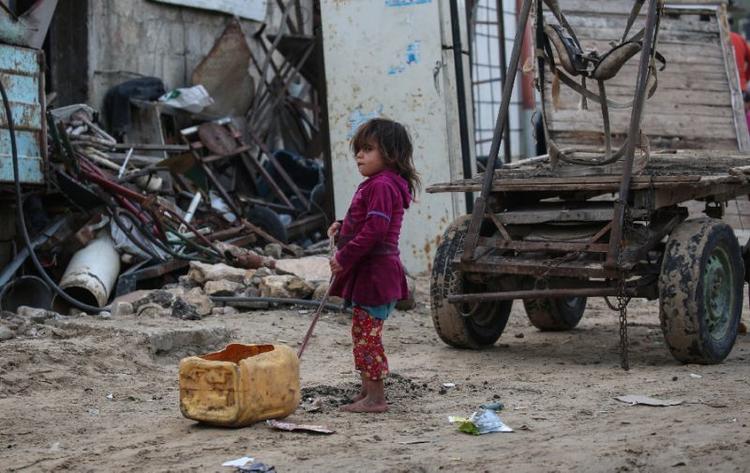 Davos, Switzerland (AFP) – The world’s 26 richest people own the same wealth as the poorest half of humanity, Oxfam said Monday, urging governments to hike taxes on the wealthy to fight soaring inequality.

A new report from the charity, published ahead of the World Economic Forum in Davos, also found that billionaires around the world saw their combined fortunes grow by $2.5 billion each day in 2018.

The world’s richest man, Amazon CEO Jeff Bezos, saw his fortune increase to $112 billion last year, Oxfam said, pointing out that just one percent of his wealth was the equivalent to the entire health budget of Ethiopia, a country of 105 million people.

The 3.8 billion people at the bottom of the scale meanwhile saw their wealth decline by 11 percent last year, Oxfam said, stressing that the growing gap between rich and poor was undermining the fight against poverty, damaging economies and fuelling public anger.

“People across the globe are angry and frustrated,” warned Oxfam executive director Winnie Byanyima in a statement.

The numbers are stark: Between 1980 and 2016, the poorest half of humanity pocketed just 12 cents on each dollar of global income growth, compared with the 27 cents captured by the top one percent, the report found.

Findings of Oxfam report on inequality

Oxfam warned that governments were exacerbating inequality by increasingly underfunding public services like healthcare and education at the same time as they consistently under-tax the wealthy. 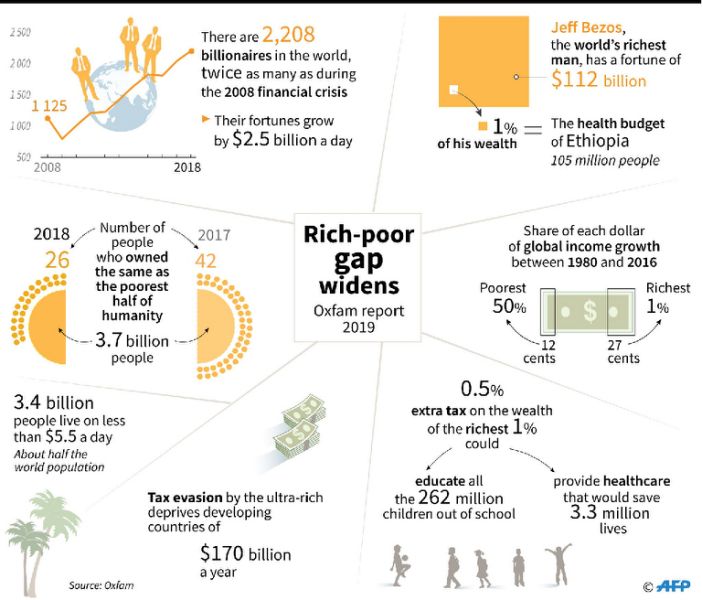 Calls for hiking rates on the wealthy have multiplied amid growing popular outrage in a number of countries over swelling inequality.

In the United States, new congresswoman Alexandria Ocasio-Cortez made headlines earlier this month by proposing to tax the ultra-rich up to 70 percent.

And in Europe, the “yellow vest” movement that has been rocking France with anti-government protests since November is demanding that President Emmanuel Macron repeal controversial cuts to wealth taxes on high earners.

“The super-rich and corporations are paying lower rates of tax than they have in decades,” the Oxfam report said, pointing out that “the human costs — children without teachers, clinics without medicines –- are huge”. 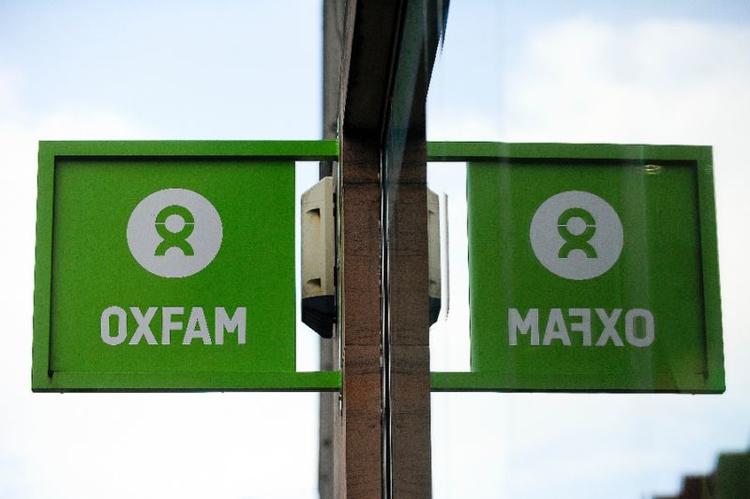 The growing gap between the rich and the poor is hurting the fight against poverty, damaging economies and fuelling public anger, Oxfam says (AFP Photo/Andy Buchanan).”

“Piecemeal private services punish poor people and privilege elites,” it said, stressing that every day, some 10,000 people die due to lacking access to affordable healthcare.

The report, released as the world’s rich, famous and influential began arriving for the plush annual gathering at the luxury Swiss ski resort town, urged governments to “stop the race to the bottom” in taxing rich individuals and big corporations.

Oxfam found that asking the richest to pay just 0.5 percent extra tax on their wealth “could raise more money than it would cost to educate all 262 million children out of school and provide healthcare that would save the lives of 3.3 million people”.

Featured Photo: “Oxfam found that asking the richest to pay just 0.5 percent extra tax on their wealth “could raise more money than it would cost to educate all 262 million children out of school” (AFP Photo/SAID KHATIB).”