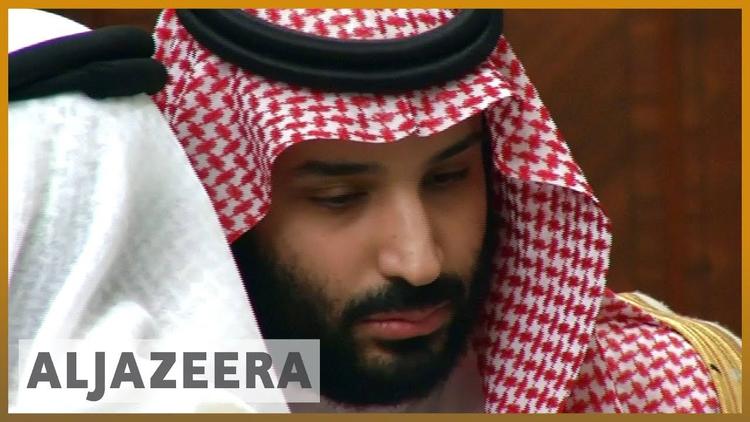 Human Rights Watch (Beirut) – Saudi Arabia and Crown Prince Muhammad bin Salman faced scrutiny over the country’s human rights record in 2018 following the murder of a prominent journalist, Jamal Khashoggi, by Saudi agents at the country’s Istanbul consulate on October 2, Human Rights Watch said today in its World Report 2019. The scrutiny shed additional light on ongoing abuses, including unlawful attacks in Yemen that may amount to war crimes by the Saudi-led coalition and escalated repression of dissidents and human rights activists at home.

“The Khashoggi murder has not only wrecked Crown Prince Mohammad bin Salman’s reputation but has exposed a pattern of lawless behavior by Saudi leadership,” said Michael Page, deputy Middle East and North Africa director at Human Rights Watch. “If Saudi Arabia has any hope of rehabilitating its tattered image, the authorities should immediately release everyone they’ve locked away merely for their peaceful criticism.”

In the 674-page World Report 2019, its 29th edition, Human Rights Watch reviewed human rights practices in more than 100 countries. In his introductory essay, Executive Director Kenneth Roth says that the populists spreading hatred and intolerance in many countries are spawning a resistance. New alliances of rights-respecting governments, often prompted and joined by civic groups and the public, are raising the cost of autocratic excess. Their successes illustrate the possibility of defending human rights – indeed, the responsibility to do so – even in darker times.

As the leader of a coalition that began military operations against the Houthis in Yemen on March 26, 2015, Saudi Arabia has committed numerous violations of international humanitarian law. Human Rights Watch has documented about 90 apparently unlawful attacks by the coalition that have hit homes, markets, hospitals, schools, and mosques. Some of these attacks may amount to war crimes. An April coalition attack on a wedding killed 22 people and wounded more than 50. An August attack on a bus killed and wounded dozens of children. Saudi commanders face possible criminal liability for war crimes as a matter of command responsibility.

On May 15, just weeks before the Saudi authorities lifted the ban on women driving on June 24, authorities began a wave of arrests of prominent women’s rights activists, and accused several of them of grave crimes like treason that appear to be directly related to their activism. By November at least nine women remain detained without charge, though some anticipated charges could carry prison terms of up to 20 years. In November, Human Rights Watch received reports that Saudi interrogators tortured at least three of the women, including with electric shocks and whippings, and forcibly hugged and kissed them.

Saudi prosecutors escalated their longstanding campaign against dissidents, seeking the death penalty on charges that related to nothing more than peaceful activism and dissent. By November those on trial facing the death penalty included a prominent cleric, Salman al-Awda, whose charges were connected to his alleged ties with the Muslim Brotherhood and public support for imprisoned dissidents, as well as Israa al-Ghomgham, a Shia activist from Saudi Arabia’s Eastern Province whose charges related to her support for and participation in protests.

Saudi Arabia does not generally tolerate public worship by adherents of religions other than Islam. The government systematically discriminates against Muslim religious minorities, notably Twelver Shia and Ismailis, including in public education, the justice system, religious freedom, and employment.

Saudi Arabia’s discriminatory male guardianship system remains intact despite government reforms in 2017 that banned imposition of “unofficial” male guardianship restrictions. Under this system, adult women must obtain permission from a male guardian – usually a husband, father, brother, or son – to travel, marry, or be released from prison.

“The world should seize this opportunity to demand justice for Saudi Arabia’s serious rights abuses and harmful practices, which have reached a peak in the past year,” Page said.