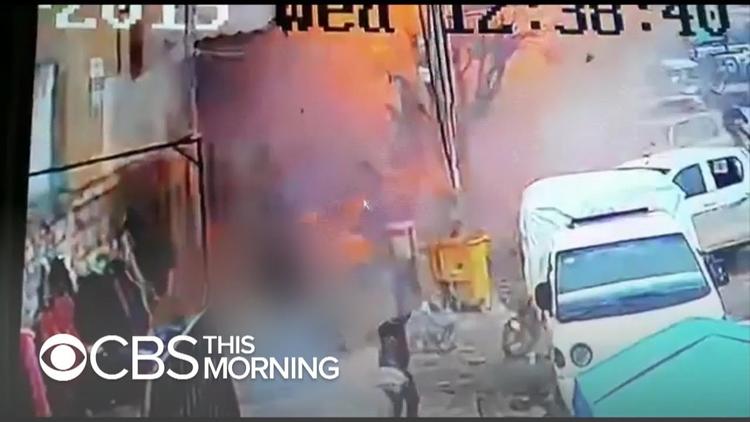 ( Foreign Policy in Focus) – Donald Trump wants to pull U.S. troops out of Syria as quickly as possible.

Well, it’s Wednesday, so that’s what the president wants now. Tomorrow, who knows, maybe he’ll insist that Syria pay for the pullout. Maybe Trump will decide to hold a summit with Bashar al-Assad after deciding that the Syrian leader’s not such a bad guy after all, since he also doesn’t like the Islamic State and owes his position to Russian support. Maybe Trump will team up with Turkey to build a wall around Syria because “if we stop them over there, we won’t fight them over here.”

With Trump, all options seem to be in play, and it all depends on what Fox News covers, what the last autocrat or three-star general whispered in his ear, and whether the president’s spleen is acting up or not. The opinions of his own advisors or the foreign-policy commissariat seem to matter little. If anything, Trump delights in confounding the experts. After all, he believes himself to be the expert-in-chief.

Foreign policy making in the Trump era is a lot like curling. Trump lets lose the stone and then the other members of the team start sweeping at the ice in an attempt to alter the trajectory. Sometimes Trump throws in the general direction of the target. Sometimes his aim is so errant that there’s nothing the sweepers can do.

So, after Trump tweeted his new Syria policy, National Security Advisor John Bolton and Secretary of State Mike Pompeo went into action to alter its trajectory. In an attempt to placate allies aghast at Trump’s decision, Bolton put so many conditions on the pull-out as to seem to render the announcement null and void. Secretary of State Mike Pompeo similarly tried to assure Egypt, Iraq, Jordan, and the Gulf States that U.S. policy remains steady: defeat the Islamic State, shut out Iran.

This cavalcade of caveats accomplished little more than to confuse allies and mystify observers. Bolton angered Recep Tayyip Erdogan so much with his remarks about continued U.S. support for Syrian Kurds that the Turkish president refused to meet with the national security advisor when he visited Ankara this month. A prominent pro-government newspaper decried Bolton’s “soft coup against Trump.”

Trump has subsequently changed his mind about Syria, somewhat, but it wasn’t at the behest of Bolton or Pompeo. The president was persuaded to go slow on the withdrawal when he received a briefing in Iraq from a lieutenant general who explained that the military needed more time to wrap up operations in Syria. Defense Secretary Jim Mattis had probably said the same thing to Trump. He resigned when the president ignored his advice. Mattis had disagreed one too many times with the president and thus undermined his authority. With Trump, proximity breeds contempt.

Trump originally demanded that troops withdraw in 30 days. Now, the Pentagon has four months to redeploy the couple thousand troops. The rush to the exit will be more like a covert crawl. And they won’t likely be going very far. The latest reports suggest that the redeployed soldiers are heading for Iraq — to bases in Kirkuk and Anbar.

A History of Ambivalence

Trump has been roundly criticized for the incoherence of his policy toward Syria. But let’s face it, Washington has never figured out how to deal with the country — its ruthless leader, its fragmented opposition, its breakaway Kurds, its covetous neighbors — since the Arab Spring protests broke out in 2011.

At the very outset, the Obama administration hesitated to throw its support behind pro-democracy demonstrators and was even more ambivalent about intervening militarily when the demonstrators chose to take up arms.

This was not surprising. Obama had been slow to withdraw support from Hosni Mubarak in Egypt earlier that year when crowds gathered in Tahrir Square. When civil strife broke out in Libya, Obama was equally reluctant to get involved, finally opting to “lead from behind” in the international effort to oust Muammar Gaddafi. The situation in Syria promised to be even more complicated and volatile.

Eventually, the Obama administration dipped its toe in the water with two principal programs, one run by the Pentagon, the other covertly by the CIA. The Pentagon’s program was a spectacular failure, with graduates of the training program either exiting the program to fight for radical groups the United States disdained or going on to ignominious defeat on the battlefield. This initiative ended in 2015.

The CIA program, Timber Sycamore, funneled billions of dollars of arms and equipment to fighters on the ground in Syria, thanks to Saudi financing and Turkish logistics. This program, too, encountered many difficulties. For instance, arms ended up in the hands of al-Qaeda sympathizers. The United States was also reluctant to go all in for fear of provoking Russia. In 2017, Trump canceled this program.

Trump or no Trump, the United States faces myriad problems in Syria. Assad has consolidated his position, with the help of Russia and Iran. The Islamic State has been reduced to a beleaguered fiefdom, but religious extremism hasn’t disappeared and a pretty unsavory group remains in control of Idlib province. The Kurds in the north have established an autonomous region, with U.S. assistance, but the Turkish government considers them a mere extension of the Kurdish Workers Party (PKK) that it’s fighting within its own borders.

The United States can’t expect to influence this state of play in Syria, and certainly not with only 2,000 troops. So, it makes a lot of sense to pull them out. Let the Israelis and Saudis get angry, and let the Russians, Iranians, and Turks rejoice. U.S. involvement in Syria — hesitant, misguided, quixotic — has been benighted from the beginning.

Trump recently tweeted in support of his action that the United States must “stop the endless wars.” That makes eminent sense.

But don’t be fooled into thinking that Trump actually believes what he tweets. Even as he was making his withdrawal announcement, the president was directing the Pentagon to increase its air strikes on targets in Syria.

It’s ludicrous to paint Donald Trump as a peace president. The man is only selectively anti-war. He just doesn’t like the wars that other presidents started.

Trump threatened to use nuclear weapons against North Korea. He considered military options in Venezuela and discussed the potential of a coup with dissident army officers.

But it’s Iran that’s served as the focus of Trump’s most hawkish ambitions. The president hasn’t been content just to unravel the Joint Comprehensive Plan of Action, the nuclear agreement that the Obama administration, alongside representatives of several other countries, negotiated with Iran. Nor does Trump want to stop at simply applying another round of economic sanctions against the country.

In September, John Bolton asked the Pentagon for military options to strike Iran. “It definitely rattled people,” a former senior White House official said. “People were shocked. It was mind-boggling how cavalier they were about hitting Iran.”

But Trump’s confrontational approach to Iran preceded the brashness of Bolton, who has openly advocated regime change in Iran. Shortly after entering the White House, Trump began pushing for the Pentagon to blow up Iranian boats in the Persian Gulf. Mattis, who’d been fired from the Obama administration for his anti-Iranian obsession, thought the plan was ludicrous and never provided the plans Trump wanted.

Countering Iran has been an organizing principle of the administration’s foreign policy, from helping the Saudis in Yemen to pressuring countries worldwide not to trade with Tehran. In his recent speech in Cairo, Secretary of State Mike Pompeo made clear that even with the Syria pullout the administration remains focused on countering Iran, which “has spread its cancerous influence to Yemen, to Iraq, to Syria, and further into Lebanon.”

With Bolton and Pompeo by his side and Mattis departed, Trump may well go with his gut and attack Iran militarily. He’ll be encouraged in this delusion by Israel and Saudi Arabia. He’ll be looking for some way to distract the media and the American public from his disastrous record as president and the multiple investigations into his affairs and policies. He won’t care about the consequences.

The forever war in the Middle East is far from over.