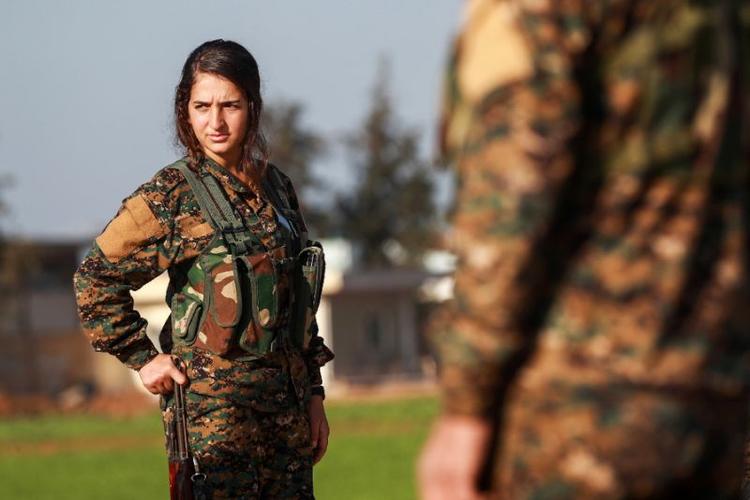 It is the culmination of a broad offensive launched by the Syrian Democratic Forces last September with US-led coalition support in which they have reduced the jihadists’ last enclave on the north bank of the Euphrates valley near the Iraqi border to a tiny rump.

The capture of the village of Baghouz leaves the few remaining diehard IS fighters holed up in scattered farmhouses among the irrigated fields and orchards on the north bank of the Euphrates River. 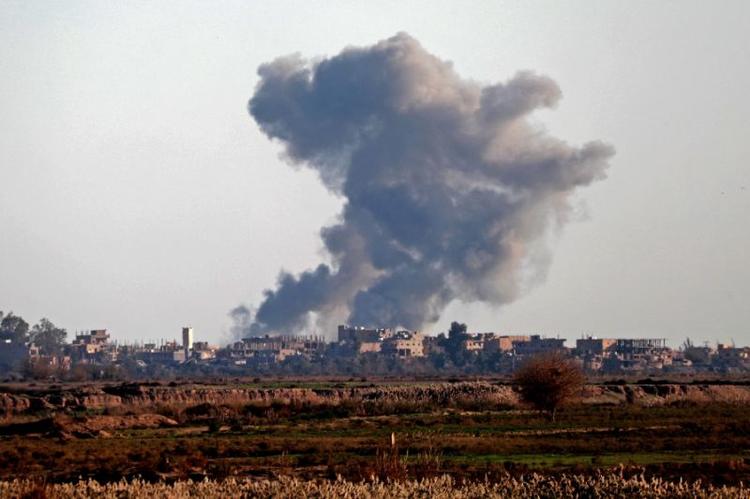 “Search operations are continuing in Baghouz to find any IS fighters who are still hiding,” the head of the Britain-based Syrian Observatory for Human Rights, Rami Abdel Rahman, told AFP.

Redur Khalil, a senior Kurdish official, said the latest gains only heralded a new phase in the fight against the jihadists.

“Geographically, the noose is tightening around IS,” he told AFP. “But we have to repeat it: the geographical end of IS does not mean the organisation is terminated.”

“Our battle is still long and will be waged in several phases.”

A young boy, who fled the embattled Islamic State group enclave in eastern Syria, carries blankets at a camp for the displaced set up by the US-backed Syrian Democratic Forces
The Observatory said late on Tuesday that around 4,900 people, mostly women and children but including 470 IS fighters, had fled the jihadists’ fast dwindling enclave in two days.

Of those 3,500 surrendered to the advancing SDF on Tuesday alone.

They were evacuated on dozens of trucks chartered by the SDF.

The fall of Baghouz follows the SDF’s capture of the enclave’s sole town of Hajin and the villages of Al-Shaafa and Sousa in recent weeks.

The last two hamlets still under IS control are Safafna and Sajla, on which Kurdish-led operations are expected to focus in the coming days.

The new wave of departures means that nearly 27,000 people have left former IS areas since early December, including almost 1,800 jihadists who have surrendered, the Observatory said.

The whereabouts of the ultra-elusive IS supremo Abu Bakr al-Baghdadi, who has made just one public appearance — in Iraq’s then IS-held second city Mosul in 2014 — are unknown.

A Kurdish woman fighter of the US-backed Syrian Democratic Forces attends the funeral on December 21, 2018, of an Arab comrade killed in the campaign against the Islamic State group’s last Syria enclave, among hundreds killed since September
The US-led coalition declined to be drawn on when it expected its SDF allies to overrun the final sliver of territory still under IS control.

“It is difficult to say how much longer, despite the progress,” coalition spokesman Colonel Sean Ryan said.

“We try to stay away from timelines as it is more about degrading the enemy’s capabilities.

“We are seeing a lot of enemy fighters fleeing. The Syrian forces are less than 10 kilometres (six miles) from the Iraqi border but still fighting against a resistance of diehard fighters.”

The remaining jihadists are well within artillery range of Iraqi forces stationed along the border, who are determined to prevent fugitive IS fighters from slipping across.

On Saturday, Iraqi shelling and air strikes on IS positions in an around Baghouz killed at least 20 jihadists, according to the Observatory.

The US-led coalition has carried out intense air strikes and shelling of Islamic State group positions in the middle Euphrates Valley since its Kurdish-led allies launched a major ground offensive last year
The coalition has stepped up its own air strikes against IS since the jihadists killed four Americans and 15 other people in a suicide bombing on a restaurant in the flashpoint northern town of Manbij on January 16.

The US losses were the biggest since Washington deployed troops in Syria in 2014 in support of the SDF.

The Manbij bombing rekindled controversy triggered by President Donald Trump last month with his surprise announcement of a full withdrawal from Syria.

The US president justified the order with the assertion that the jihadists had now been “largely defeated” in Syria, a claim that the attack threw into renewed question.

It is a far cry from the jihadists’ peak in 2014, when they overran large parts of Syria and neighbouring Iraq, and IS proclaimed a “caliphate” in areas under their control.

The gains have come at the cost of heavy losses for the mainly Kurdish fighters of the SDF and despite their sense of betrayal by their US ally after Trump’s withdrawal announcement.

US forces patrol the Kurdish-held Syrian town of Al-Darbasiyah on the Turkish border on November 4, 2018, part of a deployment intended to deter a Turkish attack that the Kurds fear may go ahead after Washington’s announcement last month of a pullout
Neighbouring Turkey has threatened repeatedly to launch a cross-border operation to crush the Kurdish fighters of the SDF and the autonomous region they have set up in areas of northern and northeastern Syria under their control.

Turkish troops had been held at bay by the intervention of US troops who set up observation posts along the border and mounted joint patrols with Kurdish fighters.

But with those troops gone, the Kurds fear they will be exposed to the full might of the Turkish military.

Featured Photo: A Kurdish woman fighter of the US-backed Syrian Democratic Forces attends the funeral on December 21, 2018, of an Arab comrade killed in the campaign against the Islamic State group’s last Syria enclave, among hundreds killed since September (AFP Photo/Delil SOULEIMAN).