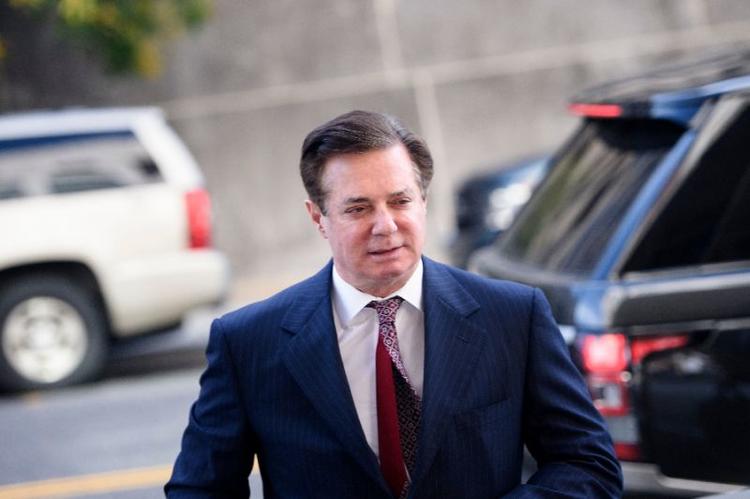 Manafort, 69, who pleaded guilty to two conspiracy charges, faces sentencing on March 13. The memo addressed to the judge in charge of his case did not recommend a specific sentence — but outlined the gravity of his crimes.

It said he violated the law for years and his sentence “must take into account the gravity of this conduct,” to deter both Manafort and anyone who would commit similar crimes.

Manafort is one of six former Trump associates and senior aides who have been charged by Mueller’s team, which is believed to be nearing the end of its investigation into Russian interference in the 2016 presidential election and possible collusion with the Trump campaign.

“Manafort committed an array of felonies for over a decade, up through the fall of 2018,” the memo said, naming crimes including tax fraud, money laundering, obstruction of justice, bank fraud and violating a law related to lobbying.

“His criminal actions were bold,” it continued, pointing out that they continued after he was charged, including attempting to tamper with witnesses, and lying to the FBI, government agencies and even his own lawyer.

Mueller’s office last week said it agreed with a Justice Department calculation that Manafort should face up to 24 years in prison, after he was found to have violated a plea deal which agreed to a maximum sentence of 10 years.

Earlier this month, District Judge Amy Berman Jackson agreed with prosecutors that Manafort had “intentionally” lied to investigators about his contacts with a suspected Russian operative, Konstantin Kilimnik, in 2016 and 2017 — despite having pledged to cooperate as part of his September plea agreement.

Jackson also ruled that Manafort had lied about a secretive payment he made to a law firm, and lied on another occasion when investigators queried him about a separate, still secret investigation related to the Mueller probe.

Dated Friday, the memo was expected to be made public on Friday evening — but was not released until Saturday, with several passages redacted.