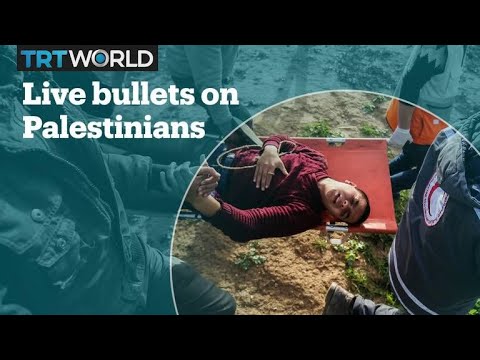 The “peace process” between Israeli and Palestinian representatives is long dead, yet the funeral still has not been held. Israel continues to disenfranchise, persecute and displace Palestinians, while it deepens its bonds with fascistic forces worldwide, including the United States, Hungary, Philippines and Brazil.

Disillusioned with politicians, Palestinian civil society issued a call in 2005 to the international community to Boycott, Divest and Sanction (BDS) the Israeli state until it recognises their full rights. The BDS movement has gained vast support among Palestinians and allies, garnering several key public relations victories, including the recent reaffirmation of an award to civil rights icon Angela Davis, after it was initially rescinded due to pressure from Zionist groups disturbed by her support for the BDS movement.

In contrast with the call for BDS and the failures of decades of negotiations, some insist that peace and justice can be achieved by means of dialogue and compromise between Palestinians and Zionists.

In a recent editorial in The Guardian, autism researcher Professor Simon Baron-Cohen presents “empathy” as a grassroots means of bridging gaps between peoples in conflict for the purpose of encouraging compromise towards a collective future. He argues that empathy between victims is the first step towards reconciliation between Israeli and Palestinian societies which have dehumanised each other.

Early on, Baron-Cohen admits he is not an expert on the matter, which is the first of several reasons his account echoes Liberal Zionist propaganda.

The ultimate propaganda goal of any nationalistic apparatus is to fuse the perception of “self” with that of “nation” into a cohesive identity that is loyal to the ruling class. Critique of the state becomes an existential threat that warrants defensive responses aimed at ensuring the survival of both personal and collective psyches.

Zionism has been a modern white supremacist movement since its inception. Zionists coopted aspects of Judaism and Liberalism, repackaging them as appeals to identities and propaganda tools to bolster colonial expansion.

The state of Israel is built on the fallacy, enshrined in a Basic Law, that it is simultaneously Jewish and democratic. However, Israel is not a democratic state, as demonstrated by the long list of anti-Palestinian measures including the recent Jewish nation-state law. Nor is it a Jewish state, as exemplified by Israel’s consistent targeting of anti-Zionist Jews and prejudice against Sephardi, Mizrahi and African Jews, as well as its ongoing collaboration with anti-Semitic forces which aim for global apartheid.

The artificial connection between Zionism and Judaism thwarts resistance by deeming critique of Zionism and Israeli policies towards Palestinians as an attack on all Jews, ie anti-Semitic. Further, it fragments anti-colonial resistance by reframing a political struggle over land and resources between an occupying force and an occupied people as a “conflict” among two relatively equal parties.

The Liberal flank of Zionism functions to sanitise and revise the reactionary, settler-colonialist and white supremacist essence of the movement and obscure its motivations – expansionism and apartheid. Duplicitously, it presents Zionism as compatible with democratic and progressive values and human rights, possessing a true desire for peace, justice and complete integration into the Middle East.

Liberal Zionism promotes the notion of a left to right spectrum within Israel. Yet the differences between the extremes are only tactical and cosmetic, maintaining an illusion of a humane society with a healthy democratic discourse.

“Left-wing” and “Liberal” Zionist parties engage in civil liberties for members of the privileged class yet dare not address the very nature of Zionism, whose adherents have terrorised the Indigenous Palestinians for over seven decades.

Liberal Zionists ahistorically present Israeli and Palestinian narratives as parallel truths, and both peoples as victims with legitimate claims and grievances requiring lengthy negotiations and difficult concessions before a compromise is reached. Thus, deploying colonising language, the Liberal Zionist revisionist narrative equates settler colonialist oppressors who hold all levers of power, with their Indigenous Palestinians victims.

This false equation, echoed in Baron-Cohen’s article, underpins the Liberal Zionist embrace of the “two-state solution” which would resolve “the conflict” by dividing the land in line with Israeli “security” interests to formalise the existing Palestinian bantustans, even as Israel refuses to exercise its powerful position to enable a viable sovereign state for Palestinians.

Liberal Zionists adopt an anti-intellectual, imperialist framework, which considers an insistence on historical truth and accountability as unnecessary, futile and even petty and seek to problem-solve using a fallacious “pragmatic” view to the future rather than an inquiry into the lessons of the past. Further, Liberal Zionists such as the late novelist Amos Oz adopt an immoral approach which considers Israeli war crimes as justified defensive responses to decontextualised Palestinian anti-colonial violence.

Victims of domestic and other forms of abuse require empowerment as a means to end their victimisation, ultimately bringing their oppressors to justice. Empathy for the abuser as a first step towards this goal is, in fact, a form of perpetuating exploitation. It empowers the abuser and cements the abusive dynamic by denying the essence of the unequal relationship.

Baron-Cohen’s notion of empathy is oppressive as he applies it equally to Palestinian victims and their Zionist abusers. His decontextualised presentation of empathy as a first step towards reconciliation is a Liberal Zionist non-sequitur, which maintains the status quo of oppression and dispossession, omitting the strong support Israel receives from imperialist forces, including his very own Great Britain. It is no surprise that he favourably references two prominent Liberal Zionist apologists in his essay; Amos Oz and disgraced journalist Ari Shavit, while completely ignoring Palestinian scholars and calls rejecting normalisation.

In contrast to Baron-Cohen’s acceptance of both the Palestinian and Zionist narratives as parallel truths, Zionism needs to be dismantled in its entirety as a white supremacist, colonial hegemonic force in Israel/Palestine to achieve equality, peace and justice for Palestinians and Jews alike.

For this purpose, it is instrumental to probe the foundations, motivations and forces behind Zionism and foster a step-wise approach which adopts the lessons of other anti-colonial, anti-racist movements and forms alliances with these groups. Pro-Palestinian activists can utilise empathy to connect with other victims of white supremacist patriarchal oppression such as people of colour, women, Indigenous groups, Jews, Muslims, immigrants, LGBTQI and others.

Once the oppressive structure is deconstructed, it can be effectively dismantled, after which a process of re-humanisation and reconciliation using empathy can occur. Story-telling and art are powerful means of reaffirming identity and building bridges. Accordingly, in present-day Israel art critical of Zionism is heavily criticised and can be censored and banned, even leading to the arrest and imprisonment of the artist, such as in the case of Dareen Tatour.

Analysis of Zionism as a settler colonialist movement informs on its underlying motivations, goals and propaganda techniques. An ever-escalating dynamic of trauma and aggression serves to normalise Zionist/Israeli oppression by a process of dehumanisation of the “other” and renders reconciliation virtually impossible by compartmentalising society into apartheid “in” and “out” groups.

The study of historical truth enables a pursuit for accountability and a de-internalisation of oppressive structural norms. Effective leadership from within the victim community then is fostered using an intersectional approach, which intimately represents oppression in all its manifestations.

At the end of his article, Baron-Cohen attempts to demonstrate the power of empathy at creating bonds towards reconciliation using a decontextualised example: Siham, a tokenised Palestinian woman whose brother “was killed by an Israeli bullet” (as opposed to killed by a soldier on orders of an illegal apartheid regime) connects with Robbie, an Israeli woman whose son “was killed by a Palestinian bullet” (as opposed to killed by a Palestinian with the legal right to armed struggle against occupation). In line with this erroneous Liberal Zionist framework, these women are presented as equal victims who bonded over their shared grief.

This notion of empathy was widely adopted during the Oslo Accord years when Palestinians and Israelis were purposefully brought together for dialogue. However, as historical truth and subsequent accountability were ignored in the process, individuals returned to their unchanged segregated communities: Israelis to their privilege and Palestinians to their oppression.

As an effective propaganda tool, Liberal Zionism promotes a normalisation which colonises the mind. “Empathy” serves to normalise, conceal and preserve the ongoing victimisation of Palestinians and provides a counterproductive and fleeting notion of progress.

As long as Zionist oppression remains intact, empathy based on co-resistance, not coexistence is the only relevant form for Palestinians and Israelis. All those interested in liberating Palestinians from oppression can heed to Palestinian leadership and avoid white saviorhood, which normalises white supremacist oppression, and does not encourage justice for its victims.

Palestinians and other victims of white supremacy wisely choose to reject normalisation attempts until they have all their rights (see here).

The views expressed in this article are the author’s own and do not necessarily reflect Al Jazeera’s (nor Informed Comment’s) editorial stance.

Yoav Litvin is an Israeli-American doctor of psychology/neuroscience, a writer and photographer.

Reprinted with author’s permission from Aljazeera.