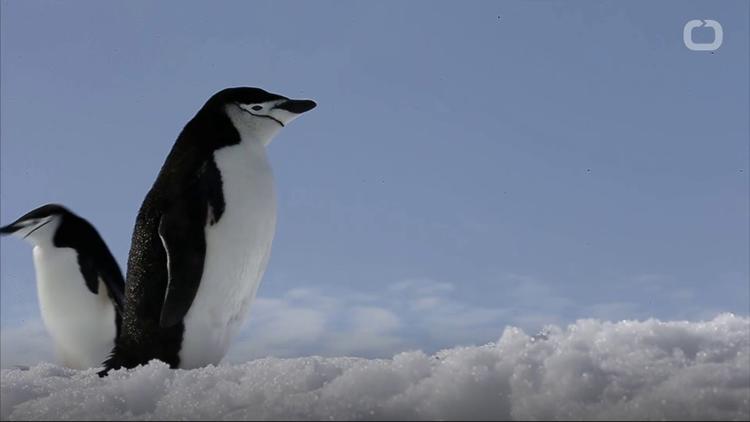 In an academic paper in the journal Science Advances nestles a short sentence that at first glance is hard to detach from the specialist prose and mathematical formulas that dot it.

The hole in the glacier is two-thirds as big as Manhattan, as even Fox news admits. 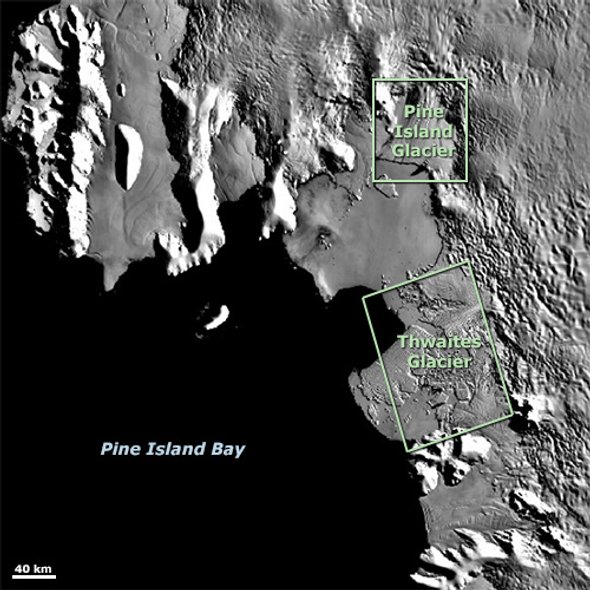 One implication is that these glaciers are melting 2 or 3 times faster than scientists had earlier thought. That conclusion is startling and dangerous. This paper just turned into a Hollywood disaster movie. Because even one of these enormous Antarctic glaciers could, if it completely melted into the sea, raise sea level by 10 feet.

The glacier is being melted by the greenhouses gases, mainly carbon dioxide, that people are putting into the atmosphere by burning hydrocarbons. The worst is coal, which the Trump administration is attempting to bolster and expand.

The very conservative UN IPCC reports had predicted 4 feet of sea level rise by the end of this century. But if the Thwaite is dissolved before than, it could be 14 feet.

The elevation of Miami is 6.5 feet. It is gone. Half of New Orleans is below sea level and the other half can be as high as 20 feet. Most of the city is gone without billions of dollars in dikes. It isn’t the Arizona desert that needs a wall.

Even for cities higher than that, such as Houston, which is 50 feet above sea level downtown, the danger of storm surges grows as the sea level rises. Hurricane Sandy in New York produced 14 foot storm surges, while the storm walls were only 12 feet high. If the sea itself was 14 feet higher, the surges would be much higher, too.

The authors of this paper are almost made anonymous by stringing them together with just a first initial: P. Milillo, E. Rignot, P. Rizzoli, B. Scheuch, J. Mouginot, J. Bueso-Bello, and P. Prats-Iraola. They are at places like the California Institute of Technology, Department of Earthy System Science at UC Irvine, German Aerospace Center, the University of Grenoble, and the Radar Institute, Munich, and the citation is Science Advances 30 Jan 2019, Vol. 5, no. 1.

Journalistic conventions would advise me against this block of dense prose consisting of names and affiliations, but I think it is important to underline from whom this study is coming.

These scientists benefited from new satellite data, which is how they knew that this enormous 6.5 mile long hole had formed in the middle of the Thwaites Glacier.

Just three years ago, in 2016 when Obama was still president, there used to be 14 billion tons of ice inside that glacier where the hole now is. A passenger car weighs about two tons. So if there were 7 billion cars in the world, almost one per person, and you made a single pile of all of them, that’s how much ice just went missing.

But it isn’t missing, of course. We know where it is. It is in the ocean. This one glacier is responsible for 4 % of sea level rise. But that is now. As melt accelerates, the percentage will increase significantly.

That is, there is every prospect of even more of the glacier going into the sea. The ocean is heating up irregularly, and the waters under the Thwaite Glacier seem to be unusually warm, and these cavities in the glacier are giving the warm water access to from below, accelerating its melt.

This news is very bad for coastal populations all around the world. Very bad.