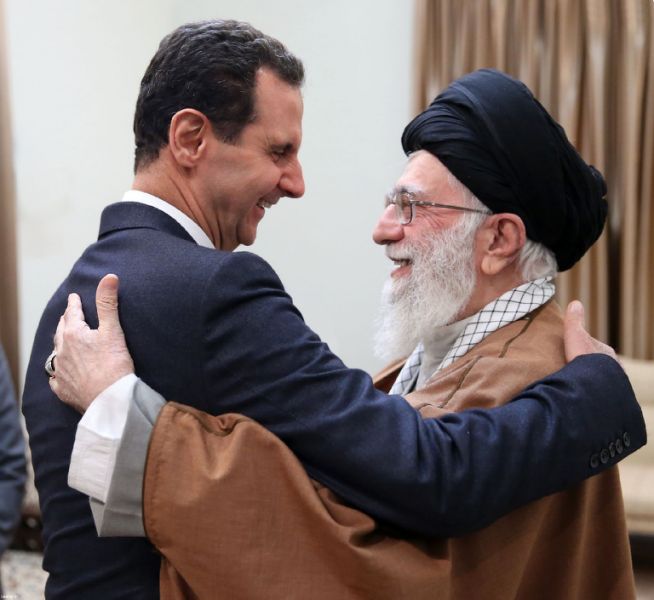 During the meeting, Assad expressed his gratitude to Iran for all that it has done for Syria during the conflict, according to the Syrian presidency’s account on the Telegram messaging app.

The leaders “reviewed the fraternal and strong relations between their two peoples, which have been the main factor in maintaining Syria and Iran in the face of plots by enemy countries”, the presidency said.

Khamenei told Assad that “Iran considers helping the government and nation of Syria to be helping the resistance movement and is proud of it from the bottom of its heart”, his website said.

“The creation of the buffer that the Americans are seeking to create in Syria is an example of these dangerous conspiracies which must be strongly denounced and resisted,” Khamenei added.

“The Islamic Republic of Iran as before will be alongside the people and government of Syria,” Iran government’s official website quoted Rouhani as saying.

Iran and Russia have been the key allies supporting Assad as he has battled to maintain his grip over Syria during nearly eight years of fighting that has claimed more than 360,000 lives.

Featured Photo: “Syrian President Bashar al-Assad meets Iran’s Supreme Leader Ayatollah Ali Khamenei on his first visit to Iran since the start of the war in his country (AFP Photo/HO).”