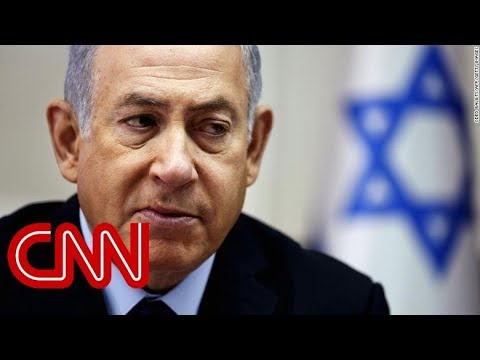 Ann Arbor (Informed Comment) – American television news, having fainted with the vapors at the very idea that Rep. Ilhan Omar (D-MN) might openly say that the American Israel Public Affairs Committee is a lobby for Israel that directs money to the campaigns of American politicians, has abruptly fallen silent on the issue of Israel’s prime minister openly allying with a party linked to a tendency known for its stone racism, affiliates of which have been viewed as terrorists. I was only able to find one brief clip from CNN on the issue at YouTube, embedded below.

Netanyahu, leader of the proto-fascist Likud Party, last week reached out to make an electoral alliance with the Kahanist “Jewish Power” (Otzma Yehudit) Party, the predecessors of which had been shunned and kept from parliament because of their extremist stances and the history of groups founded by Rabbi Meir Kahane being involved in terrorism. Kahane’s Jewish Defense League was considered the most dangerous terrorist group in the US by the FBI in the 1970s and 1980s, and was implicated in the murder in California in 1985 of Alex Odeh. Kahanists called for the assassination of former Israeli prime minister Ariel Sharon. Another Kahanist group was formally listed as a terrorist organization by the US government in the 2000s. Jewish Power calls for the ethnic cleansing of the 20% of the Israeli population that is of Palestinian heritage.

One of the prominent members of Jewish Power holds a party every year at the grave of Kahanist Baruch Goldstein, who in 1994 murdered 29 Palestinians in cold blood in a terrorist attack at the Tomb of the Patriarchs at Hebron.

Netanyahu’s embrace of Jewish Power would be sort of like if Trump campaigned for a politician in South Carolina who annually celebrated Dylann Roof’s murder of African-Americans in a church. (Trump is atrocious; but I’m not sure even he has done this.)

A search at Google News for the past 24 hours shows that the ensuing food fight between PM Binyamin Netanyahu and the American Israel lobbies is being covered almost exclusively by the Israeli and US Jewish press.

The Times of Israel reported on Netanyahu’s hysterical response to being mildly criticized for hooking up with the Israeli equivalent of Dylann Roof supporters. He played an ebullient game of whataboutism, complaining of the ‘hypocrisy’ of the ‘left wing’ AIPAC and American Jewish Committee, the US Israel lobbies who criticized the idea of rehabilitating Kahanists. Israel has had parties representing the 20 percent of the population that is of Palestinian heritage, which Netanyahu flatly characterizes as ‘terrorists.’ He equates the denunciation of the 2009 and 2014 Gaza wars by Palestinian-Israeli members of parliament with terrorism and then equates voting for their parties or appearing in public with them also with ‘terrorism.’ Of course, in reality the Likud wars on little Gaza, which killed hundreds of innocents and leveled civilian infrastructure, are the terrorism.

Netanyahu’s barbs associating his critics with “Arabs” and ipso facto “terrorism” show that he isn’t and never was much better than the Kahanists himself.

AiPAC and AJC and other US Israel lobbies are terrified that Netanyahu might win another term precisely because he brought on board the terrorist wing of the ultra-Orthodox (most Haredim are relatively speaking quietists). He needs the right wing to win 61 seats and for Likud to be the biggest of the three (or now four) coalition partners. To accomplish all that for the Right wing, he needed to find a way to get around the requirement that a party pass a threshold, i.e. get a certain percentage of the vote before its candidates can be seated in parliament. Making the Jewish Home take on Jewish Power politicians is a means of getting Otzma Yehudit members into parliament and galvanizing the far, far, far Right behind him.

But in the US the Boycott, Divestment and Sanction movement is making inroads on the left, and has become a plank in the platform of the Democratic Socialists of America caucus within the Democratic Party. BDS is being adopted by churches and civil society organizations. And it is responding to the Jim Crow conditions in the Israeli-ruled Palestinian West Bank that already are Likud Party policy. Imagine if Netanyahu comes back as PM only because he has the backing of the terrorist wing of muscular Zionism. BDS would spread like wildfire.

AIPAC, AJC and the thousands of Israel lobbies they help coordinate will do what they have to do, in the end. They have attempted to prevent Israel ever from being publicly criticized by anyone important in US politics and to banish from the airwaves anyone who points out that Israel has become a rogue, Apartheid state. They demand silence from Americans and now are even attempting to deep-six the First Amendment by more or less outlawing BDS.

It is now forgotten that in the early 1990s AIPAC et al. would not meet with Ariel Sharon because he had invaded Lebanon on false pretenses and took hard line uber-hawk positions on the West Bank. But then when Sharon became prime minister a decade later, AIPAC swung around and enthusiastically pushed Sharonism on the American public.

David Brooks at the New York Times even once reprimanded me in print for doubting that Sharon could achieve peace with the Palestinians. Really. It was like falling down the rabbit hole into Alice’s Wonderland where we all had to believe six impossible things before breakfast.

If Netanyahu is prime minister again in coalition with Kahanists, the Israel lobbies will suck it up and find some way to praise the Kahanists and seek to stop anyone from criticizing them. Apparently they can get 70 senators to join them in taking any ridiculous stance. Only, that tune will be like listening to old R. Kelly songs, and fewer and fewer in the general public will want the playlist.