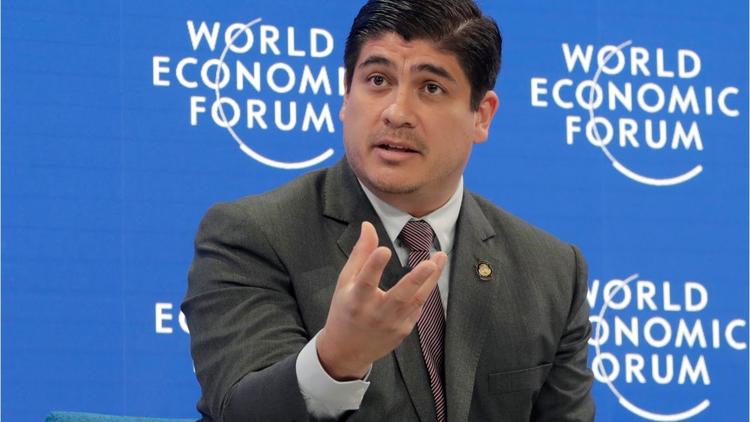 Ann Arbor (Informed Comment) – Last week, Costa Rica’s president, Carlos Alvarado, announced one of the more ambitious plans for a transition of a country to Net Carbon Zero proposed anywhere in the world.

Some of that production is from hydroelectricity, which is less robust in the dry season. But the country is putting in a 5 megawatt solar farm to help pick up the slack when the rains don’t come.

Alvarado seeks to reach the goal of Net Carbon Zero by 2050. Since Costa Rica has a significant forest cover, which is a carbon sink, the goal is to emit no more CO2 than is absorbed by the forests.

The government plans to take out of $500 million loan, which will be invested in greening Costa Rica’s energy.

Likewise, Costa Rica has foresworn even prospecting for petroleum inside the country.

Costa Rica wants its entire electricity grid, for both residential and commercial sectors, as well as for industry and transportation, to be 100% generated by renewables by 2030.

Internal combustion vehicles are a major problem in the country at the moment, despite its deserved reputation for green electricity. The transportation sector in Costa Rica is responsible for 66% of hydrocarbon consumption and for 54% of carbon dioxide emissions. Not only does CO2 cause global heating but these vehicles are putting smog and particulate matter into the air people breathe. A University of Chicago study concluded that air pollution from internal combustion vehicles takes 2 years off the life of a typical resident of Costa Rica, according to El Pais.

Costa Rica wants to reduce the number of automobiles in circulation by 50% by 2040, replacing private cars with public transportation. Of the cars that do remain, the government wants 35% of them to be electric within twenty years. Likewise, it wants 70% of buses to be electric by the end of two decades.

The country will implement an electric mass transit system, connecting 15 neighborhoods in the San Jose metropolitan area, meeting the needs of 250,000 commuters, according to Energia16.com .

Costa Rican politicians are determined that the transition should be a just one, and that social justice issues will be attended to.

That determination reminded me of the Green New Deal, promoted by progressives in Congress, and it seems to me that its proponents should study the Costa Rico model for idea of how to reach the goal.