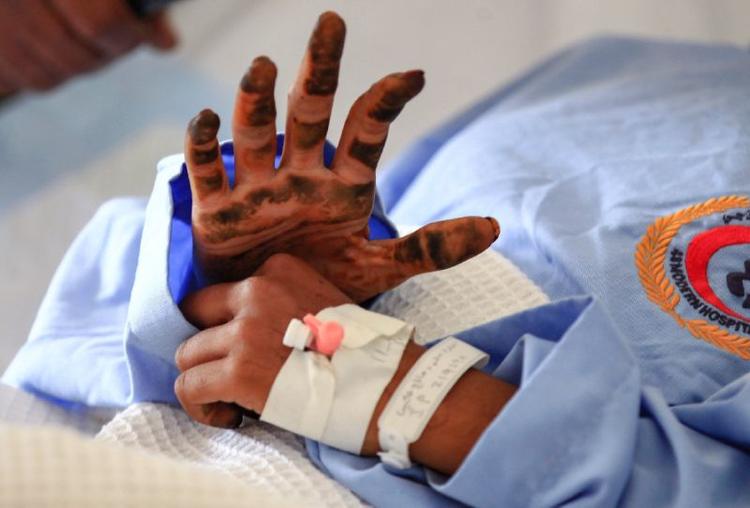 Sanaa (AFP) – Twelve children and 10 women have been killed by strikes in Yemen’s northern province of Hajjah in the past 48 hours, the United Nations said on Monday.

Up to 30 people were reported wounded, including 14 children, several of whom “require possible evacuation to survive,” the UN’s humanitarian coordination office OCHA said in a statement.

The UN did not say who was responsible, but Huthi rebel media outlets accused the Saudi-led coalition that is fighting on the side of the Yemeni government of being behind the bombardment.

Some areas of Hajjah province are controlled by government forces, while others such as Kushar district which was hit by the strikes are in the hands of the Iran-aligned Huthi rebels.

Huthi official Deifallah al-Shami accused the coalition of “deliberately committing… this massacre,” in a statement carried by the rebels’ Saba news agency.

The Saudi-led coalition did not immediately respond to requests by AFP to comment on the strikes.

Saudi Arabia and its military allies intervened in Yemen four years ago and the conflict has since sparked the world’s worst humanitarian conflict.

The vast majority of the population needs humanitarian assistance, and 10 million people are “a step away from famine”, according to the UN.

Featured Photo: “A Yemeni girl receives treatment at a hospital in the capital Sanaa for wounds sustained during an air strike in northern Hajjah province (AFP Photo/MOHAMMED HUWAIS).”