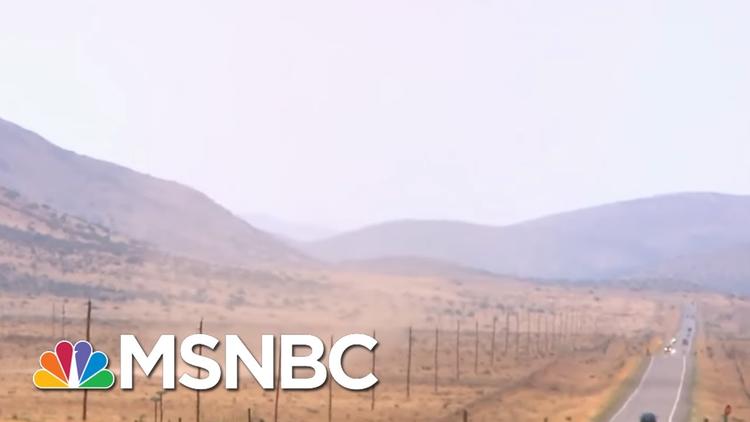 The dire climate change situation continues to make headlines and inspire actions like the Sunrise Movement.

Proponents of the proposed deal, like Ocasio-Cortez, rightly point out the pressing urgency to implement policy to reduce the impact of climate change. She likened this effort to other massive undertakings in U.S. history, such as the moon landing and the civil rights movement. The Green New Deal represents an endeavour on a similar scale aimed at addressing climate change.

But despite all the climate change buzz, its impact on the insurance industry has been largely absent from discussion. This is especially significant considering the importance of insurance in managing risk. It’s surprising that media coverage on the Green New Deal has not included some mention of insurance especially because insurers, and particularly American insurers, enable and invest in the fossil fuel industry. All of the largest U.S. insurance companies, including AIG and Berkshire Hathaway, continue to invest in and underwrite the coal industry.

The intersection of insurance and climate

A recent report from Cambridge University has underlined just how necessary it is to have conversations about the intersection of insurance and climate in the context of the Green New Deal. The Cambridge report was produced in partnership with top global insurance and reinsurance firms.

Alarmingly, the report highlights that increasingly severe losses for insurers due to climate change could result in a global financial crisis. Given the historical precedent for economic crises caused by insurance losses, the industry is justifiably concerned.

The history of insurance is in fact the history of crisis. Since its inception, the insurance industry has had to grapple with its exposure to catastrophe. The traditional way it’s done so is by transferring catastrophic risk to reinsurance companies —firms that specialize in providing insurance coverage to insurers and spreading the risk globally so as to dilute its impacts.

However, these efforts are not always successful, and massive catastrophes continue to result in the bankruptcy of insurers.

As I discussed in a previous article written in the aftermath of Hurricanes Harvey, Irma and Maria, significant changes have occurred in the insurance industry in an attempt to better insulate primary insurance companies from catastrophic risk.

These changes have largely been focused on increasing the amount of what’s known as reinsurance capital available to cover insurers’ exposure to catastrophe.

New strategies involve the introduction of alternative sources of reinsurance capital provided by bringing capital market investors into the insurance sector. This process has been accomplished through the packaging of risk into insurance-linked securities, and then selling those securities to institutional investors like sovereign wealth funds, pension funds and dedicated hedge funds specializing in catastrophic risk.

The scenarios raised in the Cambridge report about a global financial crisis brought on by the collision of climate change and insurance fit the historical pattern of the industry.

Changes to the insurance industry since the mid-1990s, along with the proliferation of alternative reinsurance sources through the integration of capital markets and institutional investors, are significant. That’s why initiatives like the Green New Deal must take into account the changes occurring in the insurance industry.

The primary source of systemic risk outlined in the Cambridge report stems from rising global temperatures and untenable losses to insurers as a result. For example, the authors warn that if climate change is left unchecked, the world will witness the tripling of catastrophic losses on property investments over the next 30 years.

While this is a shocking and extremely disturbing finding, there are other equally troubling ways that the intersection of insurance and climate change could produce global financial systemic risk.

That’s due to the transformation of risk into securities which are then sold to capital market investors.

The creation of insurance-linked securities to increase the availability of reinsurance capital to primary insurers —and better protect them from catastrophic risk —creates at the same time a perverse incentive structure. It’s very similar to the mortgage-backed securities that formed the underlying risky assets that caused the 2008 crisis.

With the growth of alternative reinsurance capital in the sector and massive government programs, as well as global institutions turning towards the securitization
of catastrophic risk in response to climate change, another global financial crisis is certainly a possibility, just as the authors of the Cambridge report warn.

While massive and courageous transformations to our economies and societies like the Green New Deal are necessary in the face of climate change, we must broaden our conversations to include the increasing integration of insurance and finance.

If we don’t, strategies adopted to address climate change, like the buying and selling of catastrophic risk, could produce calamitous outcomes themselves.