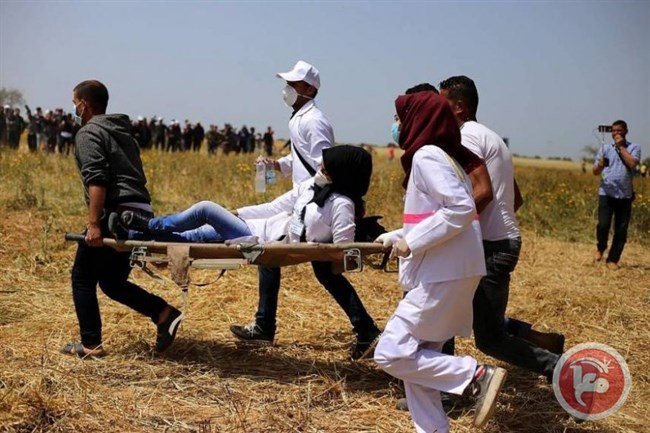 BETHLEHEM (Ma’an) — A United Nations (UN) probe said, on Thursday, that Israeli security forces may have committed war crimes killing scores of Palestinians and wounding more than 6,100 suppressing weekly protests in the besieged Gaza Strip over the past year.

Santiago Canton, Chairman of the UN Independent Commission of Inquiry said, in a statement, that “Israeli soldiers committed violations of international human rights and humanitarian law. Some of those violations may constitute war crimes or crimes against humanity.”

The inquiry, set up by the UN Human Rights Council, investigated possible violations from the start of the riots on March 30, 2018 through to December 31.

“More than 6,000 unarmed demonstrators were shot by military snipers, week after week at the protest sites.”

The statement added that “The Commission found reasonable grounds to believe that Israeli snipers shot at journalists, health workers, children and persons with disabilities, knowing they were clearly recognizable as such.”

The investigation added that Israeli forces killed and injured Palestinians “who were neither directly participating in hostilities, nor posing an imminent threat.”

However, according to Israeli news outlets, Israeli Acting Foreign Minister, Yisrael Katz, responded saying that Israel rejected the report outright and that “the Jewish state cannot be denied the right to defend itself.”

“The theater of the absurd of the Human Rights Council produced another hostile, untrue and misleading report against the State of Israel.”