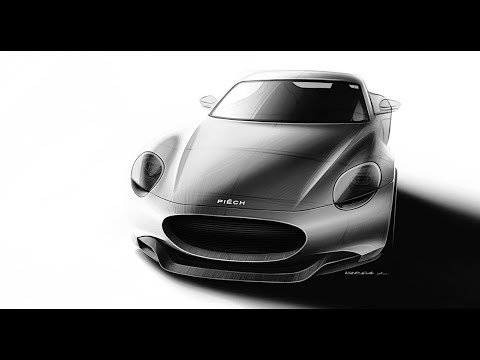 Paris (AFP) – The Geneva Motor Show kicks off this week with automakers eager to show off new electric models, even as they nervously eye a horizon coloured by trade wars and Brexit uncertainty.

After years of growth and record profits, the sector took a sharp U-turn in mid-2018 amid an unexpected slowdown in China, which is by far the world’s biggest market, counting one out of three registered cars on the planet.

And with just three weeks to go before Britain is to leave the European Union on March 29, carmakers are bracing for the very likely possibility of a “no-deal Brexit”, which is expected to spell cataclysm for the industry.

The automakers heading for Europe’s biggest annual car show, which opens on March 7, are already suffering from the ongoing trade war between Washington and Beijing, and are wary about increased tariffs the US might slap on European imports.

On top of such tensions, carmakers have also been pushed to pump huge investments into electrifying their fleets in order to respect strict CO2 emissions standards that will take effect in the EU next year and be further tightened in the coming decade.

Following the tough conditions of 2018, manufacturers of cars and auto equipment “will see slim profits in 2019,” said Ferdinand Dudenhoeffer, who heads the Center for Automotive Research (CAR) in Germany.

“This is not a good climate for a show filled with glitz and glamour.”

After a one-percent drop last year, he predicted the global car market would slip two percent in 2019 to 81.9 million individual cars sold — or three million fewer than in 2017.

As a result, factories were struggling, with overcapacity estimated at “well above five million units.”

“The good times that we have known for the past decade are behind us,” agreed Flavien Neuvy, head of the Observatoire Cetelem, which conducts economic surveys in the global automotive industry.

Automakers, he said, are at high risk of being hit with heavy fines in Europe as of next year, when strict emissions limits that require a company’s entire fleet to emit no more than 95 grams (3.4 ounces) of CO2 on average per vehicle, kick in.

These targets, he said, are “almost impossible to keep.”

A recent study by the BCG consultancy estimated that each car maker stands to be hit with between 500 million and one billion euros ($570 million to $1.1 billion) in fines.

“They will really need to sell a lot of electric vehicles to limit the damage,” Neuvy said, pointing out sales of diesel-fuelled cars are sliding quickly as sales of petrol-fuelled vehicles, which emit more CO2, rise.

At the same time, people are still drawn to gas-guzzling SUVs, which currently account for one in three vehicles sold.

The models going on show in Geneva reflect industry concerns, with a wide range of concept electric vehicles on display from middle-class carmakers like Citroen and Honda, which will present their visions of a far more battery-powered future.

At the same time, high-end brands like Aston Martin, Audi and Mercedes will be showing off concept electric SUVs.

They are scrambling to catch up with Californian electric carmaker Tesla, which won’t be present at the show, but will weigh heavily on everyone’s mind at a time when its Model 3 sedan — already a best-seller in the United States — is revving up in Europe.

And French automakers Renault and Peugeot will present the latest reincarnations of popular city cars like the Clio and the Peugeot 208, with the latter available for the first time in an electric version.

Despite the constraints, the Geneva show remains a draw for luxury automobile enthusiasts and is unlikely to disappoint in terms of glitz and glamour.

Bentley will present its new Bentayga Speed, which has been categorised as the fastest SUV in the world, capable of reaching 306 kilometres per hour (190 mph).

More than 660,000 visitors are expected to descend on Geneva’s Palexpo from March 7 through 17 to cast their eyes over some 900 vehicles.