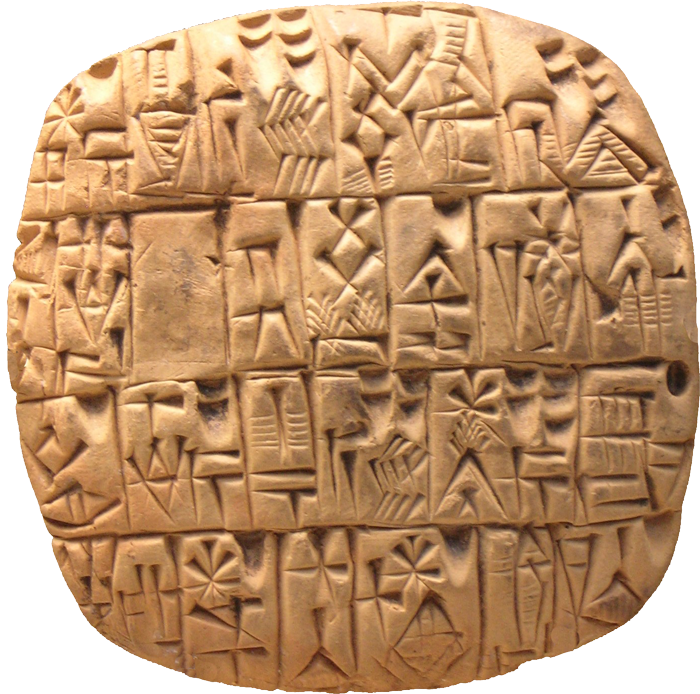 Ann Arbor (Informed Comment) – Tucker Carlson has been playing David Duke with a northeast accent and bow tie for some years, but in radio interviews with Bubba the Love Sponge from a decade ago released by Media Matters, he gave up the dog whistle for butchering and barbecuing the dog.

Among the immortal bons mots of this giant intellect was the gem that white men created civilization and that Iraqis are illiterate monkeys whose resistance to US military occupation made them less than human.

The level of education has sunk so low in the American punditocracy that the people who are supposedly informing Americans are themselves ignorant of where civilization came from.

So here is what the National Endowment for the Humanities has to say on, for instance, writing, which is pretty central to the emergence of civilization:

“The earliest writing systems evolved independently and at roughly the same time in Egypt and Mesopotamia, but current scholarship suggests that Mesopotamia’s writing appeared first. That writing system, invented by the Sumerians, emerged in Mesopotamia around 3500 BCE. At first, this writing was representational: a bull might be represented by a picture of a bull, and a pictograph of barley signified the word barley. Though writing began as pictures, this system was inconvenient for conveying anything other than simple nouns, and it became increasingly abstract as it evolved to encompass more abstract concepts, eventually taking form in the world’s earliest writing: cuneiform. An increasingly complex civilization encouraged the development of an increasingly sophisticated form of writing. Cuneiform came to function both phonetically (representing a sound) and semantically (representing a meaning such as an object or concept) rather than only representing objects directly as a picture.”

So since Mr. Carlson seems a little challenged on things like history, or facts in general, let me just underline that Mesopotamia, the Greek for “the land between two rivers” refers to what is today Iraq. The Sumerians were a people of southern Iraq, inhabiting the area that is today the Shiite South of the country. In fact, some southern Shiite Iraqi separatists want to secede and form a region or country called “Sumer.”

Or then we have, for instance, the city. You see, the word “civilization” comes from the Latin for city. Guess where the first cities were founded. Hint: not in northern Europe. 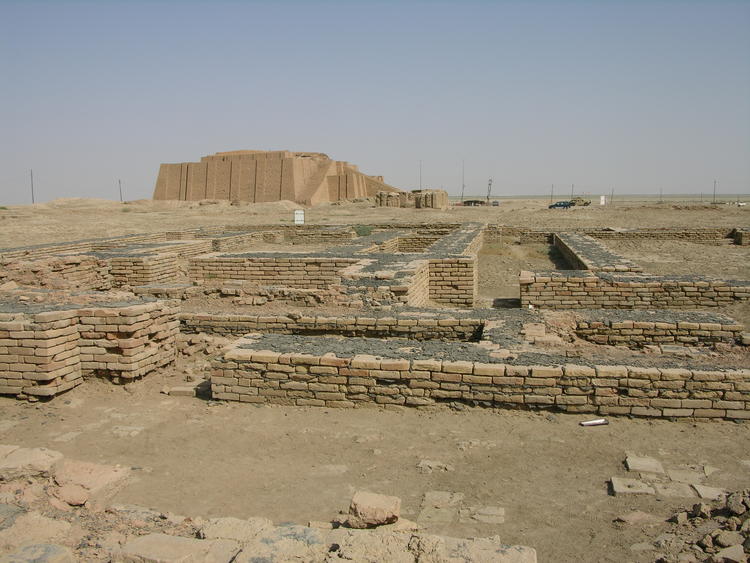 Here is what Joshua J. Mark says about the Sumerians of ancient Iraq:

“. . . by 3600 BCE they had invented the wheel, writing, the sail boat, agricultural processes such as irrigation, and the concept of the city (though China and India also lay claim to `the first cities’ in the world). It is generally accepted that the first cities in the world rose in Sumer and, among the most important, were Eridu, Uruk, Ur, Larsa, Isin, Adab, Kullah, Lagash, Nippur, and Kish. The city of Uruk is held to be the first true city in the world. It has been noted, again by Kramer, that these names are not Sumerian but come from the Ubaid people and so were founded, at least as villages, much earlier than c. 5000 BCE. Other cities in Sumer were Sippar, Shuruppak, Bad-tibira, Girsu, Umma, Urukag, Nina, and Kissura. All were of varying size and scope with Uruk the largest and most powerful at its prime.” 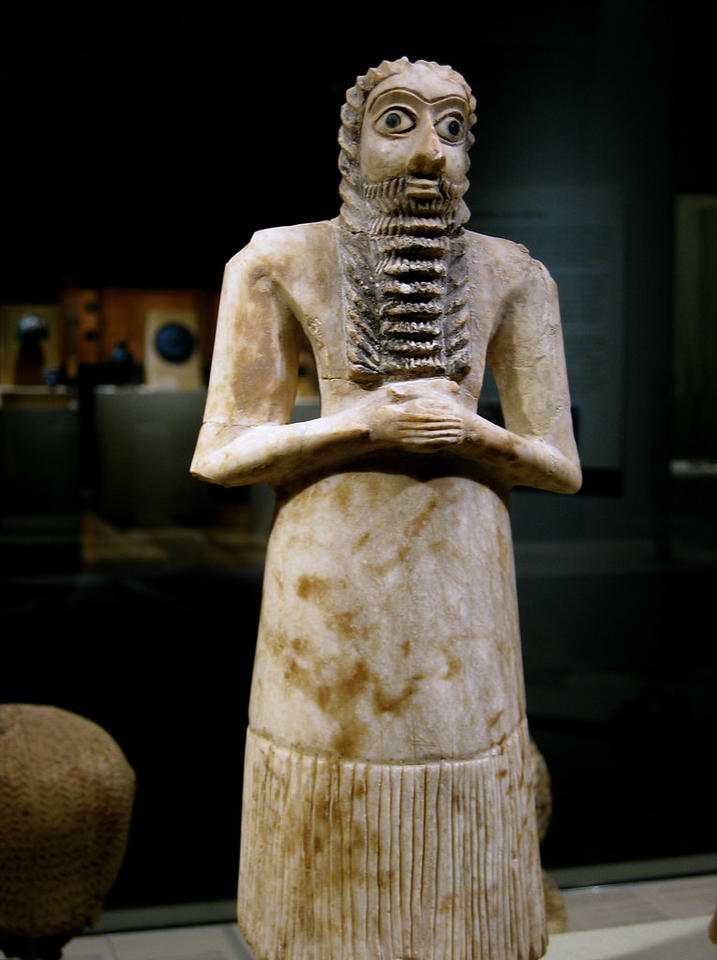 During this period, northern Europe was still in a stone age.

Mr. Carlson’s ancestors in Sweden or Denmark appear to have developed a writing system, as well, the runes, around 150 BC, or 3,350 years after the Iraqis.

About a hundred years after runic writing was finally invented by people of the north, Penelope at the University of Chicago explains how the Romans in Britain described the locals,

“It is a savage place (ferox; Agricola, VIII) as are the fierce, inhospitable Britons who live there (Horace, Odes, III.4.33). Those near the coast in Kent may be more civilized, but in the interior they do not cultivate the land but share their wives with family members, live on milk and meat, and wear the skins of animals—behaviors so foreign to the Romans. Even more indicative of their otherness is that the Britons “dye their bodies with woad, which produces a blue colour” (Caesar, Gallic War, V.14; also Pomponius Mela, III.6.51). Together with the use of chariots, it is a characterizing topos of the natives. Pliny remarks that the wives and daughters-in-law of the Britons “stain all the body” with woad (Natural History, XXII. 2) . . . Claudian personifies Britain as “clothed in the skin of some Caledonian beast, her cheeks tattooed, and an azure cloak” (On the Consulship of Stilicho, II.247ff)”

Again, these descriptions mostly come from the first century BC, 3,400 years after Iraqi scribes invented writing. When the British were running about painting themselves blue, hunting and gathering, and mounting fierce attacks on the urban Romans, Iraqi gentlemen of the thriving Parthian Empire were pursuing sciences like astronomy that they had by then been cultivating for three and a half millennia.

As for today’s Iraqis being illiterate monkeys, Iraq was among the more literate modern Arab societies in the 1970s, once the Iraqis had thrown off the British imperial hand that had saddled them with a foreign dynasty little interested in projects like universal schooling. Iraqi literacy rates declined under the severe US and UN sanctions of the 1990 and then the turmoil into which the 8.5 year long brutal American military occupation of the country plunged it. The US also laid the groundwork for the rise of ISIL, which further disrupted schooling.

In opposing being occupied by a foreign empire, the Iraqis are hard to distinguish from George Washington and other American patriots.

The logic of white nationalism produces a bizarre erasure of thousands of years of early civilization, from which the Greeks (hardly “white” in Tucker’s universe) heavily borrowed and which laid the foundation for European advances.

The world owes Iraq much of its civilization, but because the country has petroleum and is proud and unbowed, people like Tucker Carlson had to crush it and then walk among the graveyards they filled with corpses, spitting on them.