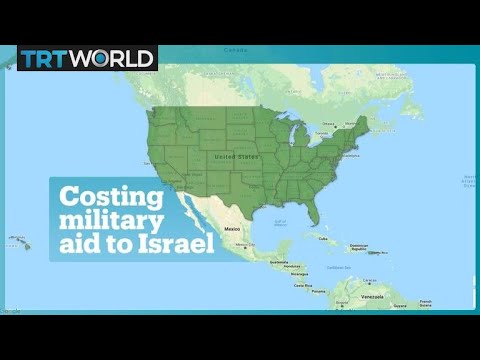 US Congresswoman, Alexandria Ocasio-Cortez, has proposed the US cut military and economic aid worth $3 billion a year from Israel in response to the re-election of Benjamin Netanyahu as prime minister.

“I think these are part of conversations we are having in our caucus, but I think what we are really seeing is an ascent of authoritarianism across the world. I think that Netanyahu is a Trump-like figure,” she said during an interview with Yahoo News’ “Skullduggery” podcast.

“I think it is certainly on the table. I think it’s something that can be discussed,” she added referring to cutting the aid.

Ocasio-Cortez explained that there are many ways to protect the Palestinians from Israeli violations including a bill proposed by Democratic Minnesota Representative Betty McCollum that would prohibit US aid to Israel from being used to detain Palestinian children in the West Bank.

Israeli Prime Minister Benjamin Netanyahu pledged during his election campaign to annex illegal settlements built on the Palestinian lands in the West Bank.

Ocasio-Cortez’s view on Israel and Palestine have received extensive media attention. The Democratic candidate expressed her support for the Palestinians during the Land Day protests in Gaza in which 135 Palestinians were killed by Israeli occupation forces and a further 13,000 were injured.

“This is a massacre,” Ocasio-Cortez tweeted.

“I hope my peers have the moral courage to call it such.”

“No state or entity is absolved of mass shootings of protesters. There is no justification. Palestinian people deserve basic human dignity, as anyone else.”

TRT World: “The interactive map shows the states’ share of US military aid to Israel”