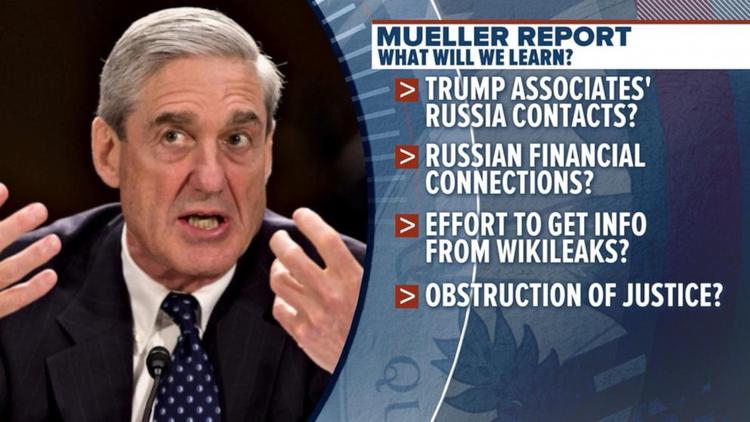 Ann Arbor (Informed Comment) – A new Associated Press – NORC Poll finds that a majority of Americans, 53%, want Congress to go on investigating Trump even after the close of the Mueller investigation. (The raw data for the poll is here.)

Since they saw Trump fire Comey after pressuring him to assure the president of his loyalty to the man rather than to the law of the land, it is understandable that fully 58% believe Trump is guilty of obstruction of the investigation into his alleged Russia ties.

Moreover, asked “If Trump did not personally have inappropriate contacts with Russia but did obstruct the Justice Department investigation, should Congress take steps to remove him from office, or shouldn’t it?” — fully 53 percent favor impeachment.

People criticized Rep. Rashida Tlaib for calling a little stridently for Trump’s impeachment. But I read this poll to say that a majority of Americans is with her.

Nor are they letting him off the hook on collusion. Some 69% of Americans believe Trump either did something illegal (35%) or at the very least behaved unethically with regard to his Russian contacts (34%).

44% say that they are concerned or very concerned that Trump colluded with Russia during the 2016 campaign.

Only 29% say they believe he did nothing wrong at all.

71% believe that the Mueller investigation was fair and impartial. But a solid majority thinks that too little of it has been shared with Congress and with the public.

Fully 60% of Americans believe Trump is doing a bad job as president, and only 39% approve.

It is interesting that if you ask the public whether the country is going in the right direction, 62% say no, and 37% say yes. That is, they are even more bearish on the US in general than on Trump in specific. Although Trump supporters, conservative pundits, and propaganda outfits such as Fox Cable News keep trumpeting the good economy under Trump, the vast majority of Americans entirely disagrees. The elite is speaking about the stock market. But note that 50% of the public own no stocks, so the performance of the stock market means nothing to them. Most working Americans have lost a decade of economic progress in the wake of the 2008 crash, and they still feel it.

Trump has historically bad approval numbers and is, as someone pointed out on Twitter, unique among modern presidents in that there has not been a single day on which a majority of Americans said they thought he was doing a good job.

These statistics would suggest that if Attorney General William Barr was trying to pull a fast one and exonerate Trump with his four-page letter, he succeeded better with the inside-the-beltway journalists than with the general public.

It is worth noting that liberals may have been underrepresented in this poll, at only 22%, whereas a recent Gallup poll puts them at 26%. So, a better weighted sample might have been even more harsh toward Trump.

The one success Trump has had by using Barr’s ploy of substituting his bland letter for the actual report is that his support among die-hard Republicans has risen slightly.