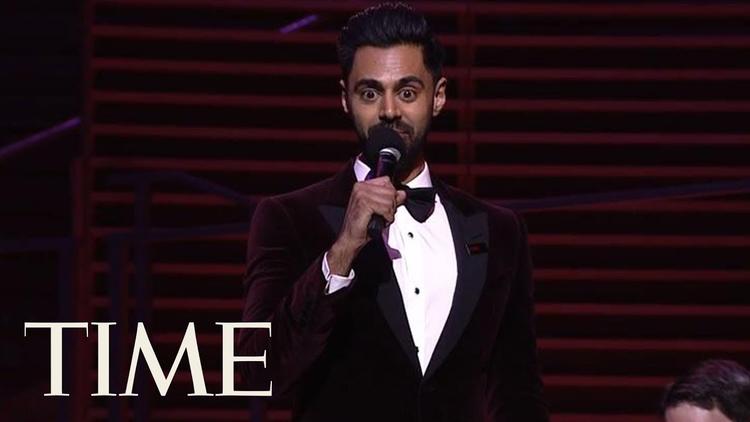 Addressing a New York City gathering celebrating the release of the annual Time magazine list of the 100 most influential people, Minhaj referenced the Kingdom’s detention of Loujain al-Hathloul, a Saudi activist who has been imprisoned, and who, like Minhaj, is a Time 100 honoree.

“I know there’s a lot of very powerful people here, and it would be crazy if there was a high ranking official in the White House that could WhatsApp MBS and say, ‘Hey maybe you could help that person get out of prison because they don’t deserve it,” Minhaj said with Kushner present at the gala.

He was referring to Mohammad bin Salman, who is oftentimes referred to simply by his initials.

“But hey, that person would have to be in the room. It’s just a good comedy premise,” Minhaj added.

The Indian-American comic had already run afoul of bin Salman for an episode of his Patriot Act comedy series which lambasted the crown prince for the murder of Washington Post columnist Jamal Khashoggi, and which was banned from streaming on Netflix in the Kingdom.

Minhaj told Time after the gala he was sincere in seeking the presidential aide’s assistance in freeing al-Hathloul.

“I was just hoping he could send a WhatsApp message,” he said, according to Time. “[It could say] hey, this person has been fighting for civil liberties for all people. Maybe you should let them out of prison.”

In Time’s write-up of al-Hathloul, the magazine said the “Saudi people owe a huge debt of gratitude to” her for her activism.

“She was among the first to challenge laws that are out of touch with Saudi Arabia’s young majority population, boldly posting videos of herself driving, running for the country’s first municipal elections to allow women in 2015, and signing the 14,000-strong petition urging an end to restrictions on women’s rights to marry or travel outside the country without a male guardian’s permission,” wrote Sarah Leah Whitson, Human Rights Watch’s regional director.