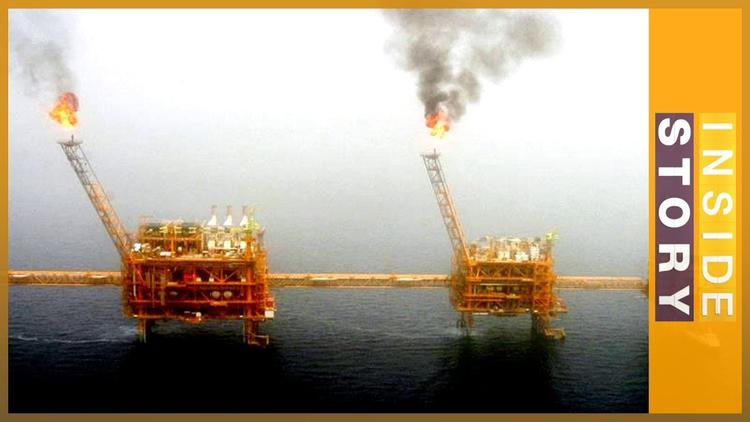 Ann Arbor (Informed Comment) – Iran is responding in kind to Trump’s harassment, with the Iranian parliament having voted to declare that the US troops of the Central Command or CENTCOM (which is responsible for the Middle East) are terrorists. The move came in retaliation for Trump’s designation of the Iranian Revolutionary Guards Corps (IRGC), Iran’s national guard, as a terrorist organization.

Both designations are frankly silly. Terrorists are non-state actors. An army or a formal national guard, is not a terrorist group. It is an army. If it is doing something wrong, it is committing a war crime. The whole structure of the Geneva Conventions after WW II was intended to make these distinctions and to uphold the rights of prisoners of war. Members of a regular army taken prisoner may not be treated as terrorists or common criminals by their captors, with the benefit that this consideration applies to both sides in a conflict.

This rhetoric is silly as an idea, but deadly dangerous if put into practice.

The US has some 5,000 troops in Iraq, who are being hosted by an Iraqi government and army close to Iran and who are amid Shiite militias backed by the Iranian Revolutionary Guards. Will the latter now view them as terrorists and fair game?

Likewise, some Iranian officials have threatened to close the Straits of Hormuz, through which some 22% of the world’s petroleum flows, if Iran itself cannot export its petroleum. Iran cannot likely do so, but the rhetoric is dangerous.

The Iran War Party in Washington, D.C., tied to arms industries, to Big Oil, to the MEK guerrilla group, and to the Israeli far right, wants heated rhetoric and reckless action by Iran, because it provides them a pretext for military intervention against that country.

National Security Adviser John Bolton asked the Pentagon for a plan for an operation inside Iran last fall, to avenge the alleged endangerment of US troops in Iraq by an Iran-backed militia. Then secretary of defense James Mattis appears only to have found out about the request later on, and that Bolton and the warmongers were behaving in this dangerous way and undercutting his authority likely led to his resignation.

Bolton’s press to have the US military and the Revolutionary Guards treat each other as terrorists is another such ploy to provoke violence. I don’t think it would be too much to suggest that Bolton for his own selfish warmongering purposes is deliberately putting US troops in danger in this way. We already know he is basically a terrorist, given his strong ties to the Peoples’ Jihadis (MEK), which has at times been listed by the US as a terrorist organization.

As David Aaron Miller and Richard Sokolsky argue at Politico, the Pompeo-Bolton-Netanyahu press to defund Iran and box it in is not a Trump-style hard negotiating tactic. It is intended to make sure there are no negotiations. It is intended to make sure that if the Democrats get back into the White House in 2020, they will not be able to simply reinstate the 2015 Iran Deal and try again to bring Iran back in from the cold.

The Iran War Party wants nothing less than regime change in Tehran.

If the US sent war ships into the Gulf and stopped Iranian ships from exporting petroleum, that would be a blockade and an act of war. The War Party has instead attempted to impose a financial blockade on Iran, using the threat of third party sanctions to scare Tehran’s trading partners off from doing business with it.

The Trump administration will not likely have complete success in this strong arm tactic. I explained yesterday that China seems set to buck Washington. Iraqi prime minister Adel Abdul Mahdi pledged this morning to Iran’s leadership that Iraq would not cooperate with Washington’s blockade. It might be added that Iraq cannot afford to do so. Iraq is still economically hurting from the US invasion and occupation and then the rise of ISIL, and desperately needs Iranian help– electricity, fuel, investment.

Iran’s best interests lie in keeping a cool head, keeping the 2015 Joint Comprehensive Plan of Collective Action (JCPOA) in place with Europe, Russia and China, and declining to give Bolton and Pompeo their pretext for intervention.

I think President Hassan Rouhani, a center-right politician who pressed for the JCPOA, knows this. But his authority has been deeply wounded by Trump’s violation of the treaty, which vindicated the hard liners. Cooler heads may not prevail, especially given the scale of Washington’s financial blockade of Iran and the devastation the US is wreaking on the Iranian economy.

One argument for the House to forge ahead with the impeachment of Trump is that at least it might keep the administration too busy to provoke an Armageddon in the Middle East.