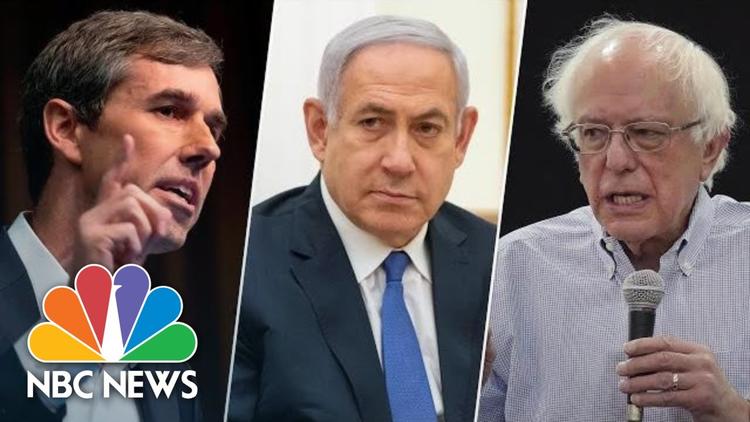 In a campaign speech at the University of Iowa, the former Texas congressman said: “The US-Israel relationship is one of the most important relationships that we have on the planet.”

“And that relationship, if it is to be successful, must transcend partisanship in the United States, and it must be able to transcend a prime minister who is racist, as he warns about Arabs coming to the polls. Who wants to defy any prospects for peace, as he threatens to annex the West Bank and who has sided with a far right racist party in order to maintain his hold on power.”

In 2014, O’Rourke was one of eight representatives to vote against funding Israel’s Iron Dome missile system, saying: “I think our unequivocal support at times has been damaging to Israel.”

His opponent and former Republican presidential primaries candidate referred to him as “rabidly anti-Israel” for his connections to J Street, an advocacy group which refers to itself as “the political home of pro-Israel, pro-peace Americans.”

This comes as Netanyahu vowed to annex illegal settlements in the occupied West Bank and prevent the existence of a Palestinian state by controlling the entire area, in a last-minute push to retain his throne as prime minister.

Netanyahu also went on to say that killing 300 Palestinian protestors was “wise”, adding that he wanted to occupy Gaza and that division between the besieged enclave and the occupied West Bank was not something that’s bad for Israel.